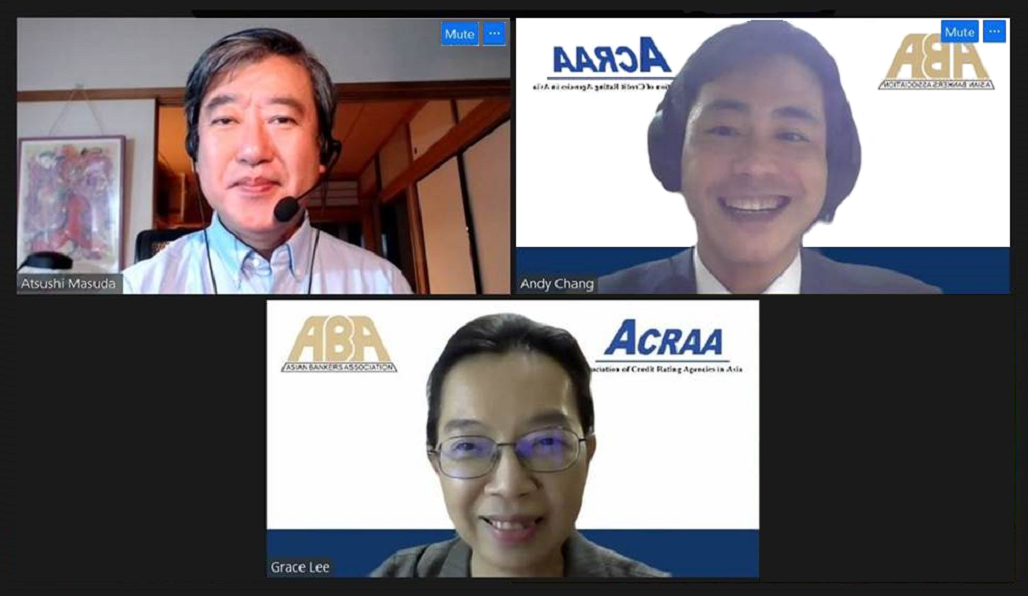 On August 13 2021, the Asian Bankers Association (ABA) and the Association of Credit Rating Agencies in Asia (ACRAA) jointly presented a webinar “Recent Developments in the Japanese and Taiwanese Capital Markets” that convened almost 300 registered participants from all over Asia.

Moderated by Grace Lee, President & CEO of Taiwan Ratings Corp, the webinar’s presentations were followed by a lively and extended Q&A session where the audience actively engaged the 2 experts.

Summary of the Presentations

Two topics were the main focus on the presentation, among many various issues affecting the Japanese capital market, namely, (1) Reform of the bank-security house firewall restriction, and (2) Recent trend toward mainstreaming of sustainable finance.

The first topic concerns a recent proposal to reform the firewall restriction on the information exchange among the banks and securities companies. In Japan, the institutional reform has enabled securities business by the bank-affiliated security houses since 1993, but the firewall restriction has remained, prohibiting customer information exchange between the banks and affiliated security houses. 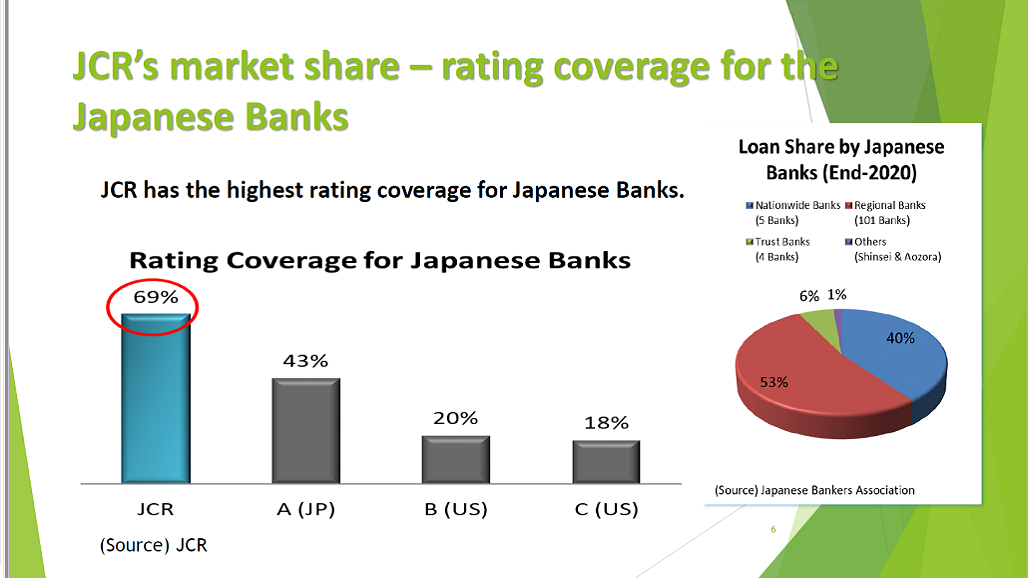 Bank dominance and powerful public support to SME credit are the main causes deterring the development of high yield market in Japan. A reform proposal to abolish this firewall restriction is currently under discussion as priority agenda. It is expected to facilitate further changes to the banks’ dominance in the financial sector.

“New Growth Strategy” adopted by the government the following December has set “sustainable financing” as the main instrument to facilitate economic growth in Japan. Thus, sustainability finance diversification is progressing rapidly in Japan, from the original green and social bonds to sustainable linked finance and “Positive Impact Finance”, with a particular focus upon the achievement of the sustainable targets set up in conformity with SDGs targets.

The forthcoming most important scheme for sustainable finance is “Transition Finance” since it is an effective tool for CO2 reduction in heavy emission sectors, such as in the steel, chemical and maritime transport industries. In July, the Central Bank in Japan decided to introduce “Green Market Operation”. This created an additional incentives for issuers and arrangers to facilitate issuances of the eligible bonds in anticipation of purchases by the Central Bank’s market operations.

Taiwan’s capital market has experienced several structural changes over the past few years. The scale of the equity market is much larger with the market cap over than 2 times of Taiwan’s 2020 nominal GDP and comparable to other stock exchanges worldwide.

Over the past decade, we observed a solid growth of the equity market in terms of market value and the turnover. Institutional investors gradually played a more important role and contributed almost half of the transaction volume in 2016. The contribution slowed a bit since 2017 as the day trading retailed investors tape the opportunity of lower transaction tax rate.

However, we continue to see foreign investors continue to be major shareholders of Taiwanese corporates due to the strong competitive position of Taiwan’s high tech companies and the generally satisfactory cash dividend yield of Taiwanese blue chip companies. 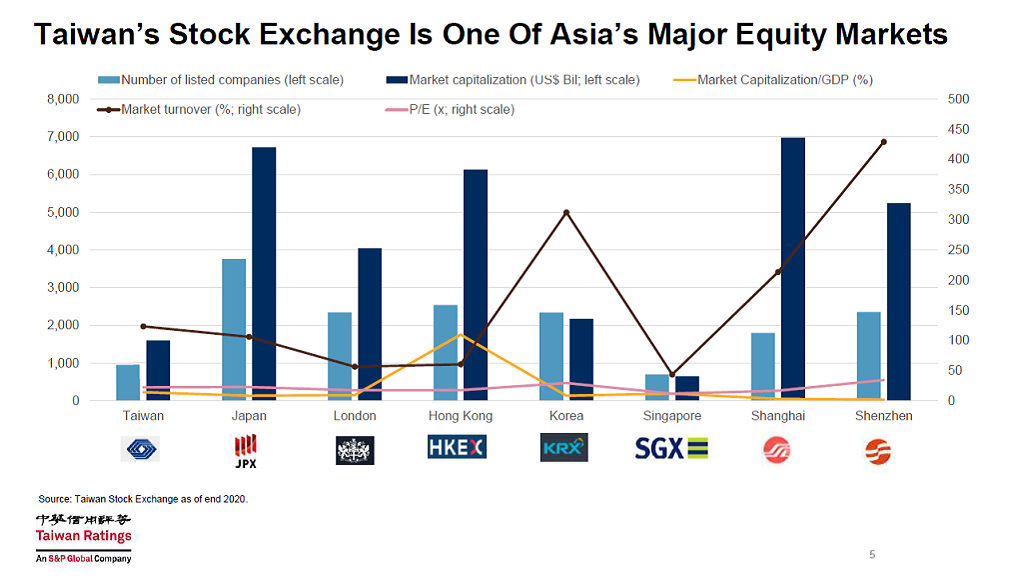 On the other hand, the debt market in terms of total issuance and outstanding amount has been relatively sluggish compared with the equity market. Government bonds has continued to be the mainstream of the domestic market, but the momentum in corporate bonds and financial debenture remained relatively weak with only larger players to take the opportunity of lower interest rate.

International bond, which is the foreign currency dominated bonds issued by foreign companies to be listed in Taiwan’s Taipei exchange was the key growth driver of the domestic market over the past few years.

The demand of life investors, who have been the key investors in Taiwan, is the key contributor to promote the international bond issuance. We also observe strong growth rate in green bonds and sustainability bonds in recent years following the initiatives of ESG, despite the absolute volume remain small due to its initial stage.

Since 2013 when the regulator removed the requirements of issue ratings we observed the percentage of rated bonds over total bond issuance continue to decline. As of today only limited corporates still request issue ratings in Taiwan.

(3) The recording of the webinar is available at the ABA Youtube channel HERE.

(4) The 2 presentation files can be downloaded from the ABA website HERE.