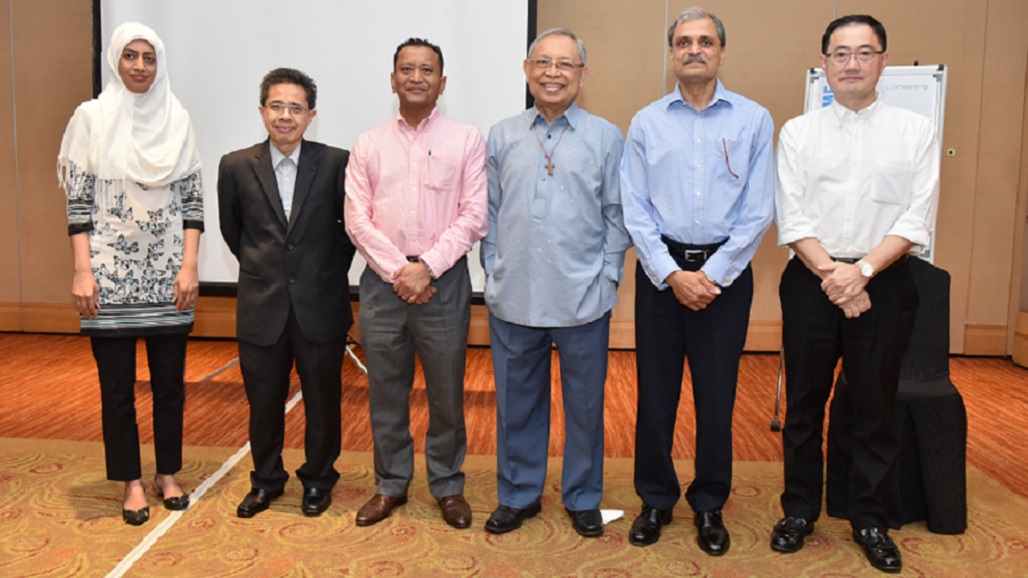 Kuala Lumpur – The Association of Credit Rating Agencies in Asia (ACRAA) successfully conducted a training workshop led by Chief Economists Nor Zahidi Alias and Vice President of Economic Research Quah Boon Huat from MARC (Malaysian Rating Corporation) on July 27 and 28, 2017. The two days training workshop analyzed a series of economic events and shocks of modern history as well as recent events to discover their impact on macroeconomic conditions and sovereigns rating. 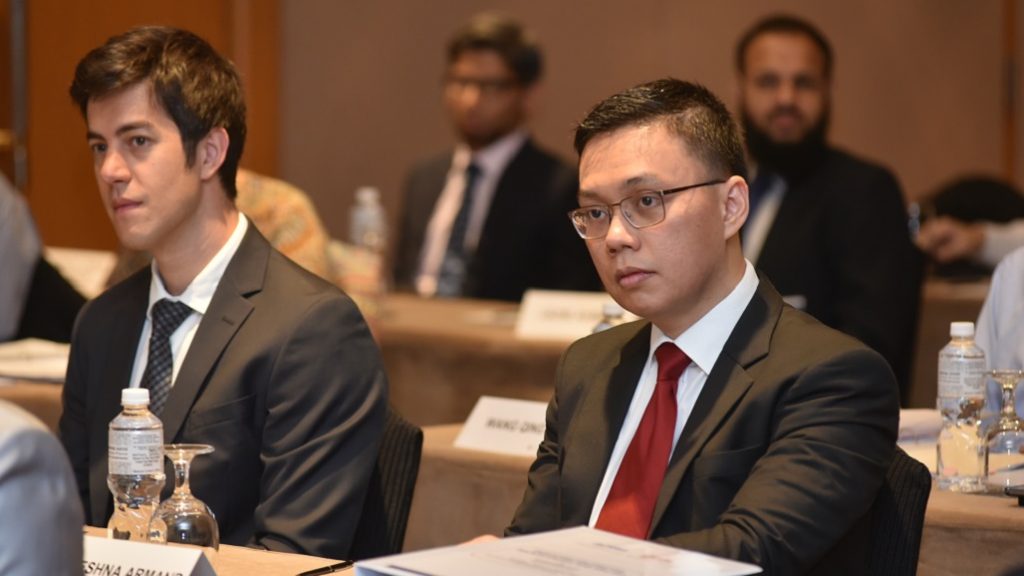 In discussion based training, the host presenters initially raised an historical economic or political event that impacted macroeconomic factors in Asian countries. Then they further elaborated on the accepted academic reasons used to explain the problem, while simultaneously encouraged participants to issue more information and details that enriched the analysis.

This pattern of interactive education covered themes such as the recent Trump’s election, the last decade of slow growth after the Great Recession of 2007, the national debt level’s impact on future economic growth, the Malaysian economic policies after the Asian Crisis of 1998, the underlying factors behind the Asia’s Miracle, Indonesian’s economics and dynamics, the Inflation threat in the 1970’s and its potential translation in to the present world economy’s situation, the validity of the yield curve’s predictive value for recession, market signals, etc.. 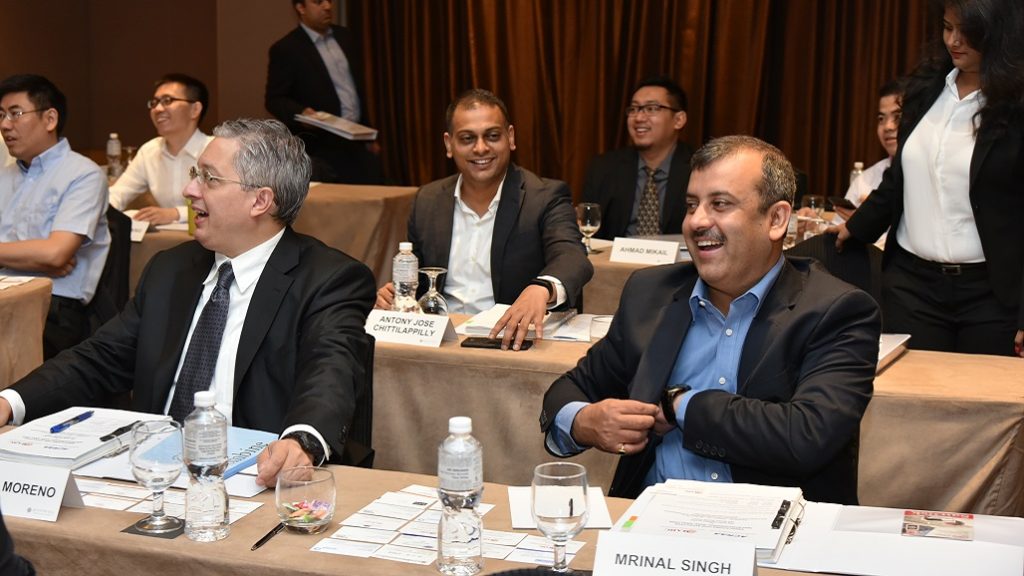 The two-days training was marked by cooperative discussions among all participants who also brought real life experiences from their respective economies. For instance, inflation factors affecting Pakistan were comparatively explained by the Bangladeshi participant. The Indian participants raised the new currency policies and their potential macroeconomic consequences. Chinese participants elaborated on the domestic situation and how China’s economic policies and intentions were seeing differently by foreign observers. To conclude the workshop, a non-economic analyst guest brought a new risk perspective affecting Asia, that of the demographic decline that could create a persistent downward economic trend.

It was indeed a two days full of discussions that interestingly did not end on definitive conclusions or rigid procedures in analyzing macroeconomic risks but instead, on encouraging participants in using caution and flexibility when analyzing macroeconomic risks and sovereign conditions. The corollary being that credit raters must be very conscious of the complexity of modern world where many kinds of risks, such as political, economic, social, demographic and cultural risk are affecting the credit rating of nations. 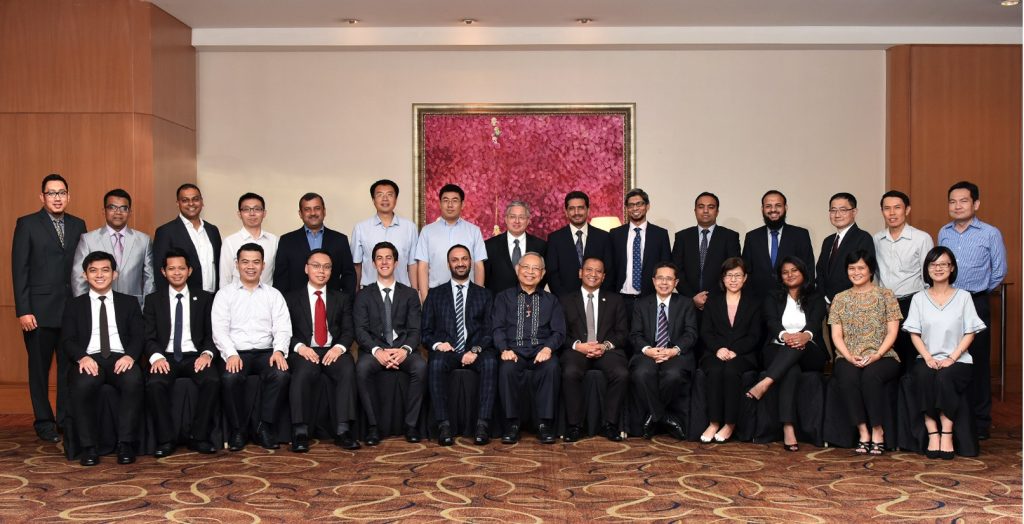 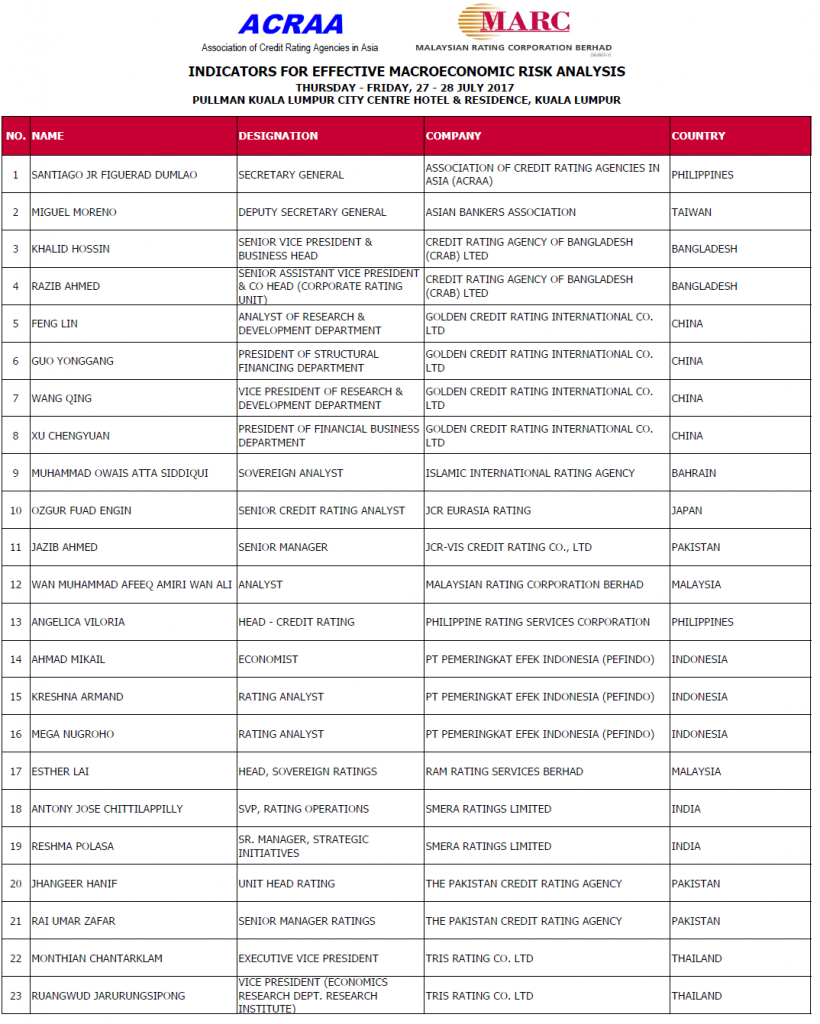