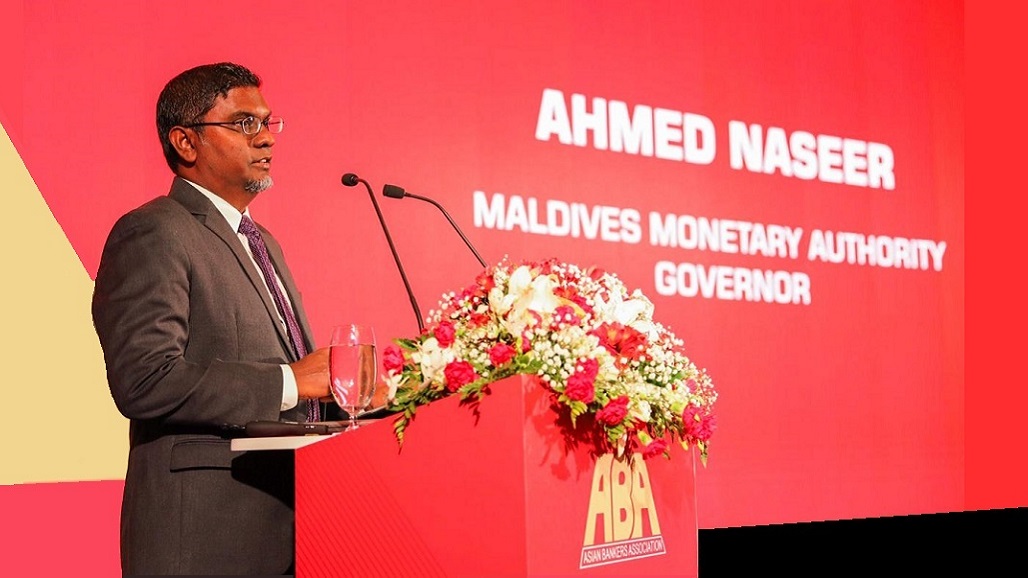 Kurumba – The keynote speech of the 35th ABA General Meeting and Conference was delivered by Mr. Ahmed Naseer, Governor of Maldives Monetary Authority, the country’s central bank. In his address, Governor Naseer stated that Maldives, with its nationwide telecommunication coverage, has reached a milestone o financial inclusion, in the fields of telecommunication and mobile finance payment services. He also noted that the improvements in innovations in regards to cryptocurrency, big data and artificial intelligence (AI) have taken the traditional banking industry to a “whole new level”, adding that “it has allowed financial institutions to be connected to customers, anywhere, anytime through digital channels.”

Ahmed highlighted the importance to utilize upcoming technologies to break geographical barriers and to address the underserved populations, adding that 33 percent of adult Maldivians are yet to open a bank account. In spite of these hurdles, the Governor said that MMA has a very ambitious plans to upgrade and modernize the country’s financial system which includes the development of a safe and robust payment infrastructure, to embrace and implement FinTech (Finance Technology) solutions and to strengthen institutional capacity as it acts as a “key ingredient in catalyzing the benefits of the supporting infrastructure.”

Mr. Naseer stressed, however, that the implementation of FinTech requires “a major overhaul in the current regulations” as these issues exist outside the current regulatory standards. Furthermore, Ahmed said that much of the on going narrative in the emergence of cryptocurrency and blockchains amount to a growing lack of trust in the financial system. “The financial sector requires as a whole to be more vigilant to the potential risks along with the technological advancements.” 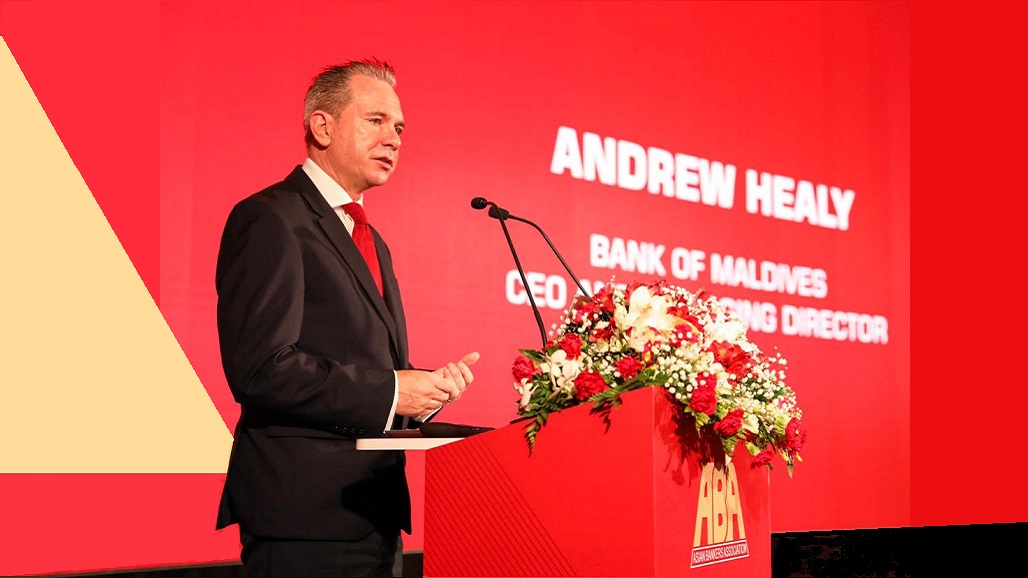 Bank of Maldives Managing Director and CEO Mr. Andrew Healy in his Welcome Statement noted that over the past decade, new technologies have dramatically transformed the delivery of financial services. At the same time, “incredibly innovative technology firms have catapulted themselves into the financial industry, creating new value and choice for the customers,” he added.

Healy further commented that “no one disputes the pressure that exists for traditional banks to adapt and collaborate. But what will be just as critical is managing the risks associated with these new technologies. As we move forward, striking a balance between technological advancement, risk management, and sustainability will be critical.”