How will automation change the way leaders run companies? 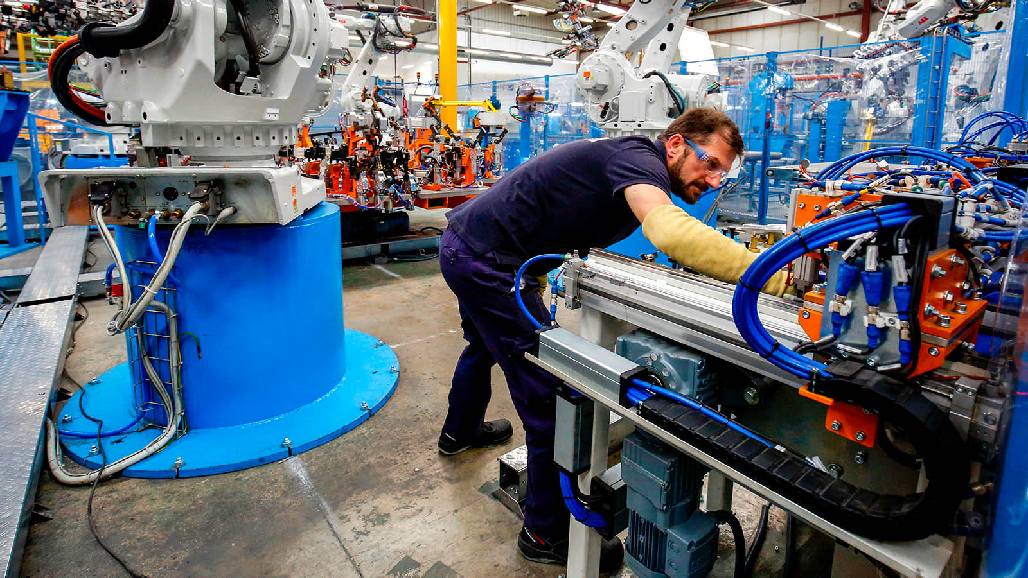 An interview with Ravin Jesuthasan and John Boudreau – Authors of ‘Reinventing Jobs: A 4-Step Approach for Applying Automation to Work’

An operator checks an articulated industrial robot at a factory near Barcelona, Spain. Employers need to move beyond the binary conversation of whether automation destroys jobs or not.

Your organization has made the decision to adopt automation and artificial intelligence technologies. Now, you face difficult and stubborn questions about how to implement that decision: Is it a stark choice between humans versus machines?

Tom Carver, executive editor of BRINK, spoke to Ravin Jesuthasan and John Boudreau, the authors of Reinventing Jobs: A 4-Step Approach for Applying Automation to Work.

Ravin Jesuthasan: The job has been the primary organizing construct for work over the last 125 years or so, but a job is made up of many diverse tasks. And if you look at how automation has affected work over the centuries, it has been tasks that have been affected. There are repetitive and variable activities. There are activities which are performed independently versus interactively, and activities that are physical versus mental in nature. And until you get beyond “the job” to examining its component tasks, it’s virtually impossible to determine how automation will actually affect work.

Mr. Carver: So how should a company determine which components or tasks need to be automated?

Mr. Jesuthasan: First, you need to understand the three characteristics of the tasks I referenced: Are they repetitive versus variable? Are they mental versus physical in nature? Are they performed independently versus interactively?

Once you’ve done this initial deconstruction, you start to see where automation can play a role—but that alone is insufficient. Understanding the return on improved performance is critical because unless you understand what you’re actually trying to solve for (i.e., reducing errors, reducing variance, increasing productivity or realizing an exponential improvement in value), it’s impossible to understand the purpose of the automation—or the human for that matter.

And once you combine those two issues, you have a road map.

Mr. Carver: You mention in the book that there are three types of automation—could you just delineate those?

Mr. Jesuthasan: The first is robotic process automation, or RPA. Work that is highly repetitive, mental in nature and typically performed independently is often a candidate for substitution by RPA. Think of the work of a compliance analyst, where that person might be routinely gathering data from many different data sources, integrating it and repeating that process many times. RPA is perfectly suited for substituting this part of the analyst’s job.

The second type is cognitive automation or artificial intelligence and the sub-technologies of machine learning and natural language processing, in particular. This includes the ability for automation to learn from itself or be taught by humans.

And the third dimension is what we call social robotics. In the old days, automation was often stuck in place, did one thing and didn’t interact with humans. Today, through the combination of mobility, sensors and AI, you can actually have the equipment swarm around products and work with humans, effectively increasing its effectiveness and utility and significantly reducing your real estate footprint.

Mr. Carver: So how will automation change the way leaders will have to run companies?

John Boudreau: It’s well-recognized that leaders must support more rapid re-skilling and become coaches that guide workers through development and careers that are nonlinear. Those leaders need a framework that supports rigorous and transparent conversations about work evolution, which is one reason we wrote the book. To provide leaders such a framework, so that they can imagine work evolution more systematically.

Today, virtually every leader agrees that their work and workforce will be perpetually reinvented. The less apparent insight is that leaders themselves have very significant choices to make with regard to automation.

It’s not as simple as implementing automation that is most impactful in reducing costs, or increasing speed and customer service and leaving the human factor to the end, such as humanely trying to upskill workers or remove workers that don’t fit. Rather, the human factor must be a prominent element of automation optimization right from the beginning.

Mr. Carver: Do you think automation is going to make the job of leadership much more difficult and more complex?

Mr. Jesuthasan: I think the number of variables is going to increase pretty exponentially. Leaders need to be thinking about how we shift from the traditional way of getting work done, which is largely by employees, to increasingly thinking about orchestrating this new ecosystem for work, which includes many different ways of getting work done, such as automation, gig workers, alliances, outsourcers, etc.

Mr. Boudreau: Leaders will often need to abandon the idea of work contained in jobs and become adept at having ongoing discussions with their workers about the elements of their job and how they will change. Can leaders create a culture where workers trust them enough to share what they know about how automation might change their work, or will workers hide what they know for fear of being exploited by automation?

I also think that the job of leadership itself will evolve with automation. We already see a huge number of startups that are building tools to nudge leaders and offer them suggested actions, based on algorithms that analyze when a worker is disengaged, at risk of leaving or having a life event that merits a change in their rewards or work arrangements. We have only just begun to understand how leadership itself will be reinvented.