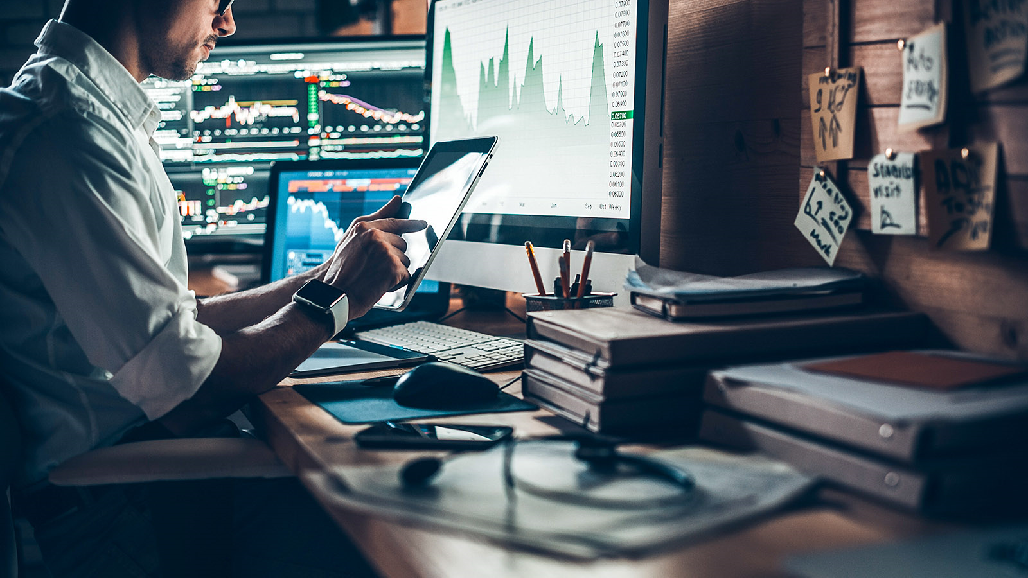 Photo: An employee on a digital device at their desk. Businesses in the digital era can operate faster and at a lower cost.

The new digital economy has become a key driver of United States economic growth and productivity. For instance, the real value added has grown at an average annual rate of 7.2% over the past 10 years — four times faster than GDP. The recent raft of technological advances has also led to the emergence of deflationary price dynamics among digital goods and services. This has allowed more and more businesses to embrace new technologies that enhance corporate efficiency such as the internet of things or cloud computing. In other words, businesses in the digital era can operate faster and at a lower cost.

Despite the undeniable boost from digital innovations, U.S. productivity growth has slowed sharply since the early 2000s, which is a paradox. From 2014 to 2018, the government’s official labor productivity measure has grown 1% per year on average — a rate typically associated with economic recessions rather than expansions.

Can improvements in statistical methodologies reveal just how important the digital economy is to overall economic prosperity? Partly, but there is more to the story.

The Underrated Boost From the Digital Economy

New data from the Department of Commerce offers some valuable insights into the economic benefits of the digital economy. In 2017, the digital sector accounted for 7% of nominal GDP, a larger share than many traditional sectors such as retail trade (5.6%) or construction (4.0%). Since it is growing much faster than the overall economy, its contribution to GDP growth has been outsized: The real digital economy accounted for close to 30% of the overall U.S. expansion in 2017 (Chart 1). 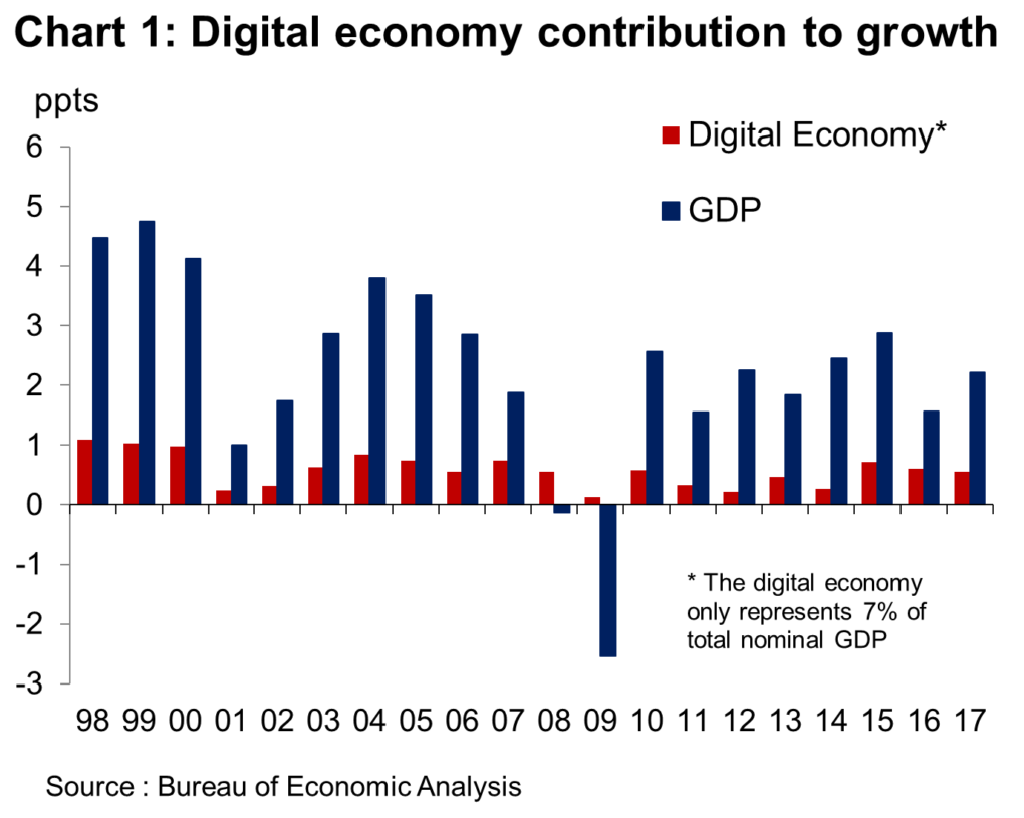 Are We Measuring Correctly?

One explanation that economists use to explain sluggish aggregate productivity growth in the post-recession era is mismeasurement: the idea that official statistics are incapable of capturing productivity gains in IT-related goods and services. In this regard, the most critical issues relate to the measurement of price and quality change. If official price measures do not accurately capture quality improvements, price deflators are likely overestimated and therefore real economic output is also likely underestimated. Encouragingly, statistical agencies are increasingly adopting hedonic measures to capture the utility of products and services and the use of matching-products techniques to ensure similar products with similar quality are used across time.

Another measurement issue relates to the changing composition of a rapidly evolving economy. Whether it is businesses introducing new products and services, consumption substitution, or quality enhancements, these developments can bias estimates of GDP and labor productivity growth downward. Anecdotal evidence illustrates how more and more services, such as Airbnb and Uber, are transforming the economy in a way that may be increasingly tough to capture through official statistics. While it is extremely difficult to estimate the productivity growth bias from these economic transformations, it appears quite clear that these innovations have both boosted productivity growth and gained in importance over the past decade.

However, it’s likely that these measurement issues only explain a small portion of the productivity shortfall. As David Byrne, John G. Fernald and Marshall Reinsdorf pointed out in a 2017 report, the mismeasurement challenge was already present before the slowdown and there is no evidence that it has worsened over time. Rather, major structural impediments — technologies’ slow adoption and diffusion through the economy in particular — are preventing the digital economy from contributing as much of a boost to productivity as past innovations. 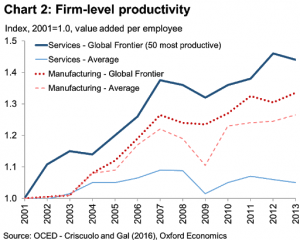 The Next Productivity Boom

To be sure, the lack of diffusion is not irreversible; there is room for optimism about the potential for the digital economy to support stronger productivity growth. Policy changes could spur a more widespread adoption of innovations: specifically, policies that promote increased competition in product markets and lower barriers to entry, encourage higher non-tangible investments and support adequate training to enable new technologies.

Moreover, a look back at previous eras of innovation reveals that there has been a significant delay between the inception of new technologies and their diffusion through the economy. That’s especially true for far-reaching technological innovations, also called general-purpose technologies (GPTs), such as the steam engine, electricity and the computer. It is difficult to predict when the next productivity boom will occur, but it could take a while yet — it took as long as 30 years with previous GPTs — before it’s in sight. 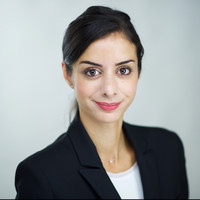