What Are the Economic Prospects for 2021? 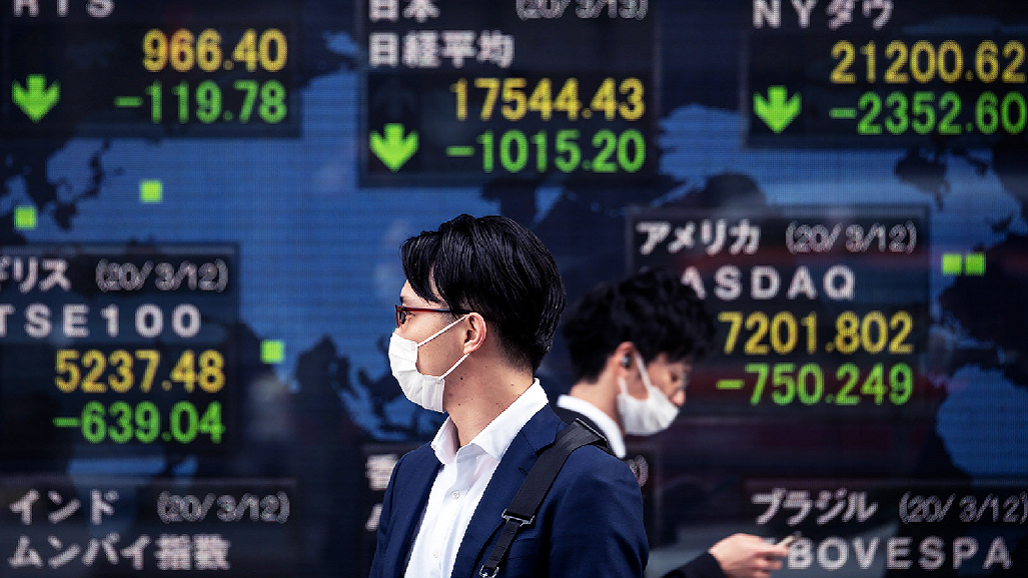 Pedestrians wearing face masks walk past the Tokyo Stock Exchange. In the current market environment, it is important to consider that there is greater economic uncertainty now than at the beginning of the year.

After strong post-lockdown catch-up effects, economic recovery is expected to slow in Q4 2020 and Q1 2021 as distancing measures tighten again and ongoing job shedding keeps spending and investment in check. Euler Hermes has lowered our global GDP growth forecasts for 2021 to +4.6% (vs. +4.8% expected in June), following a contraction of -4.7% in 2020.

Q2 data has already confirmed diverging recovery paths, with China and its Asian trade partners, Germany and Brazil outpacing the rest of Western Europe and the United States. The sharpest trend reversals in activity should be visible starting in Q4 2020 in Europe (mainly Spain, France and the U.K.), the United States and in emerging markets such as Brazil and Mexico. In this context, the gradual phasing out of temporary policy measures designed to support companies will lead to a major trend reversal in business insolvencies, with a +31% increase expected by the end of 2021.

A Dual Recovery for Trade, Consumers and Investors

Despite a stronger-than-expected recovery in goods trade worldwide, the U.S. and Western Europe are trailing China, emerging Asia and Eastern Europe’s export recovery. In 2021, we forecast a +7% technical rebound in global trade in goods and services, but expect a return to pre-crisis levels only in 2022 as services continue to struggle and calls for deglobalization emerge.

Meanwhile, a loss of purchasing power for the most fragile households will be hard to recover. The asymmetric exposure to job losses meant young, less qualified and part-time workers were hit the hardest, implying a K-shaped or “dual” recovery in consumer spending ahead.

Odds for a no-deal Brexit have risen to 45%, while the U.S. elections are paving the way for a new fiscal cliff and a judicial dispute at the end of the year. In 2021, the tech war between the U.S. and China, tensions in the Mediterranean Sea and the U.S.-Russia dispute will remain top of mind.

The risk of policy mistakes for emerging markets that loosened their fiscal discipline to fight the crisis will rise in 2022: Anticipations of higher U.S. rates should materialize then and debt sustainability worries could trigger pressures on emerging market currencies.

Not the Time to Take Risks

In the current market environment, it is important to consider that there is greater economic uncertainty now than at the beginning of the year, despite the current monetary and fiscal policy mix, as well as more geopolitical risks and tighter valuations. In this context, equity markets show a persistent detachment from fundamental determinants, making the recent rally hardly justifiable.

COVID-19 has shown how quickly change is possible; it is a welcome break-up of encrusted structures and a boost to digitalization, and the way we work has changed for good.

Because of that, we still expect the equity market to underperform in 2020 and to start a muted rally in 2021. When it comes to corporate credit, both investment grade and high-yield corporate spreads look too tight. As in equities, corporate credit markets remain detached from fundamentals on the back of the central banks’ perpetual put option.

Lastly, with the short end of most developed countries’ sovereign yield curves anchored by their respective central banks, we expect a timid curve steepening toward the end of 2020 and 2021. This gradual increase in term premium will occur on the back of higher inflation expectations and a halt in the recent decline of real yields. On the other hand, long-term emerging market sovereign spreads look overbought.

Fiscal and Monetary Policy: The Devil Is in the Details

European Union member states agreed on issuing common debt to boost the recovery in a historical move. Yet the different natures and spending calendars of fiscal policies will matter: Countries focusing on (short-term) demand (Germany, U.S., China, etc.) could see a faster recovery than those betting on supply (France). Some countries still need to do more (Spain, Italy, the United Kingdom).

In the immediate crisis aftermath, inflation is likely to remain muted despite these policy impulses; we see it moderately and temporarily overshooting in the U.S. starting in 2022. On the monetary policy side, we expect an acceleration of the U.S. Federal Reserve’s securities purchases in H1 2021, with a tapering of its quantitive easing (QE) program to only start from mid-2022 and a first rate hike in Q3 2023. The European Central Bank should announce an additional EUR500bn in Quantitative Easing in December 2020.

COVID-19 Has Changed the Rules of the Game

First, the fight for regional primacy will lead to a regular “weaponization” of technology, trade, currencies and payment systems. Second, the balance between the state and markets will change, to the disadvantage of the latter. And as the state gets more and more entangled in the private sector, market dynamics for innovation will get weaker while the number of zombie companies rises. Private players in social security — such as life insurers — might be pushed against the wall.

The growing role of the state also has ramifications for monetary policy. High (unsustainable) debt levels will force central banks to backstop sovereign and corporate bond markets to ensure favorable refinancing conditions. In the end, these ultra-expansionary monetary policies may strip markets of their ability to price and allocate resources appropriately and encourage excessive risk-taking by both debtors and investors.

However, every cloud has a silver lining: COVID-19 has shown how quickly change is possible; it is a welcome break-up of encrusted structures and a boost to digitalization. The way we work has changed for good. Future work will see more remote working and flexible team structures but less business trips. Finally, it has also raised society’s risk awareness, including for low-probability, high-impact tail risks.

The upshot: More demand for and better pricing of risk cover. This should be a boon for insurers — if they are able to offer comprehensive and simple solutions. 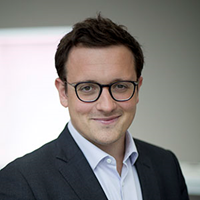 Ludovic Subran
Chief Economist at Allianz & Euler Hermes@Ludovic_Subran
Ludovic Subran is the Chief Economist at Allianz and Euler Hermes. He has previously worked for the French Ministry of Finance, the United Nations, and the World Bank where he helped design economic policies in more than 30 countries around the world. Subran makes frequent media appearances worldwide and is fluent in seven languages.

Asia and the Next Phase of Globalization