When Will International Air Travel Reopen With a Health Passport?

Domestic air travel in the U.S. is getting back to 2019 levels with an average of 2 million passengers a day. However, many international routes remain closed as they await the arrival of a system for checking vaccinations.

IATA has been working on a digital travel credential for several years, and its Travel Pass is currently being trialed with several airlines. BRINK spoke to Nick Careen, who leads Operations, Safety and Security division at IATA.

CAREEN: Right now, international traffic is all but shut down. In order for governments to be confident in removing border restrictions, passengers will need to show some kind of health status. That could mean showing what your current status is with respect to your vaccinations; it could also mean illustrating that you’ve received a negative test, be it an antigen and/or PCR test, and those vary by country.

Currently, all those things are done manually. So in simplest terms, this is about taking a manual process and making it digital so that we can all travel seamlessly as international traffic resumes. If we don’t, we’re going to run into a major challenge in terms of manual processing in lines and queues.

BRINK: What does the IATA Travel Pass contain, and how does it work?

CAREEN: It has a digital identity created by you against your passport information, which would be on your Travel Pass app. It will enable you to receive digital versions of your vaccination or immunity information to allow for traveling. And ultimately, it will also check the validation of what you have against where you’re going, to give you that “okay to travel.”

That “okay to travel” feature is important because it will subsequently allow for the use of self-service tools, like online check-in or airport kiosks that we’ve become accustomed to taking advantage of when we travel. So it has all those elements available to it now.

At the moment, we’re trialing it and piloting it to learn from it. We are working with close to 60 airlines, and we foresee that in the next week or two, we’ll sign actual commercial agreements with some airlines that will take this one step further. 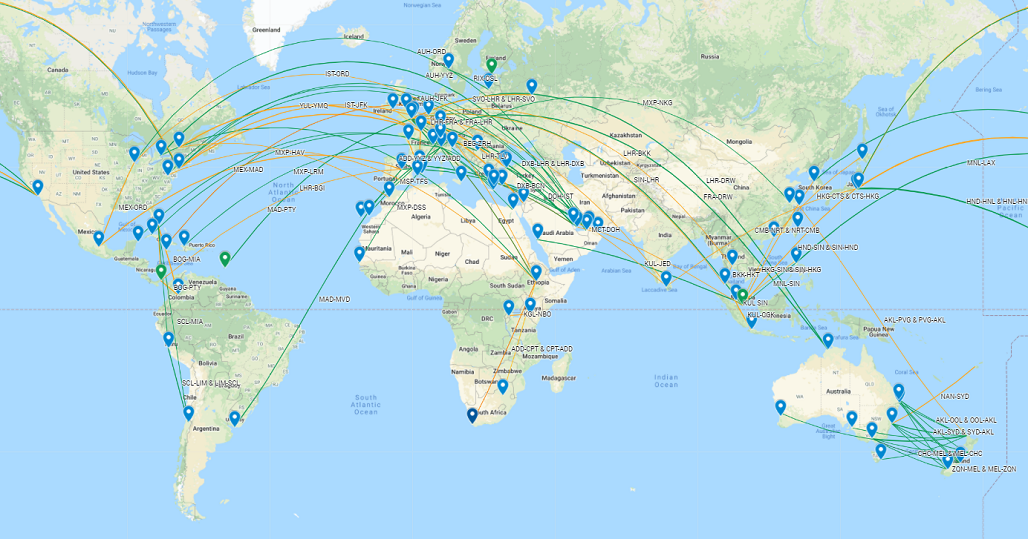 There are two ways of looking at adoption. There’s broad acceptance from an airline perspective, which allows the airlines to fulfill their requirements by ensuring that travelers have what they need to meet entry requirements, as governments typically make airlines responsible for delivering passengers who are legal to enter the country.

The other element is government acceptance of digital documentation, and we’re working with governments to get that. We’re in various stages of discussions with them. That’s the more difficult one; it’s a work in progress.

BRINK: Does the IATA Travel Pass hasten the opening of an air corridor with either the U.K. or Europe?

CAREEN: It could, but I think there are considerations that are more important than the Travel Pass. There are politics involved in terms of a corridor being opened up.

But we are seeing an increase in Atlantic capacity, as certain European states begin to open up sooner than others. And so it’s just a matter of time. Will this particular app help give governments confidence in terms of the facilitation of that? Absolutely. Whether it’s ours or someone else’s, this kind of thing will be a requirement as we move forward in order to allow for better transit through the airport.

BRINK: There are a lot of concerns around privacy and the risk of someone’s personal data either getting into the wrong hands or being misused. How do you address that?

CAREEN: Well, with respect to the Travel Pass, the key is that we don’t house any data. Every piece of information that you have is on your phone, and you choose whom to share it with.

The airline typically needs to know that you have met the criteria that’s been established by a government — that “okay to travel” message is all they need, and in terms of the government, you were already sharing that information with them anyway. But it is coming from you and no one else, and no data is actually stored by the airlines. It is just verified and deleted.

BRINK: Couldn’t you do that just using a PDF?

CAREEN: Yes you could, but then that data wouldn’t be ingested into the airline’s systems, so it’s a bit more complicated than that — a PDF is just the same as a piece of paper in that sense.

BRINK: Which of the international routes are closest to getting back to normal?

Inside the U.S., we’re getting close to 2019 levels of domestic traffic. Last week, there were 2 million passengers a day, on average. China’s domestic market has actually returned to positive growth compared to 2019, and other domestic markets are recovering as well.

Internationally, Europe is probably the best example of being a little bit ahead of everybody else. Canada just announced that as of July 5th, vaccinated Canadians and those eligible to enter the country can do so without the requirement for mandatory hotel quarantine. And we’re seeing more and more moves in that direction, but it is definitely happening at a different pace around the world. We estimate that it will be 2022 before we begin to see flying levels close to what we’re used to. 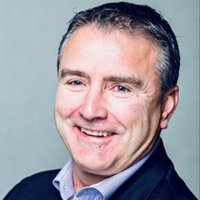