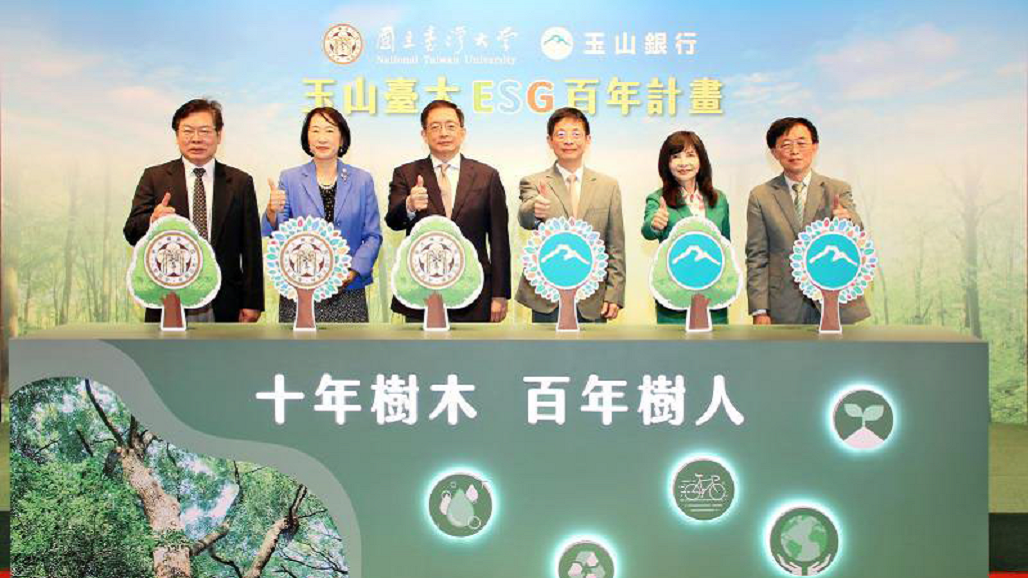 State-run First Financial Holding Co. said that it would continue the “E.Sun-NTU ESG Centenary Project,” a collaboration between E.Sun Commercial Bank and National Taiwan University (NTU), was officially launched on March 25. The project is composed of two sub-projects, one aimed at planting cypress trees native to Taiwan and the other at reviving millet cultivation in Xinyi Township of Nantou County.

Joining forces and their resources, E.Sun and NTU demonstrate a commitment to society by taking action to forge a sustainable symbiotic relationship between the economy and nature, and protect the environment and ecosystem of Taiwan.

Through the project, 100,000 trees would be planted over 10 years, covering 50 hectares. The trees are expected to absorb 242,000 tonnes of carbon dioxide in 100 years or an annual carbon sequestration equivalent to 617 Daan Forest Parks.

After some growth, the trees would be thinned, leaving 25,000 trees to grow for hundreds of years. The sub-project would help pave the way for preserving natural resources in Taiwan and provide the benefits of a circular carbon economy.

The millet revival project aims to revive 28 varieties of millet that were once native to Xinyi, but are now rarely seen in the area. Thanks to the professional endeavors of NTU, a few varieties of millet were brought back home to Taiwan from a seed bank in the US. The seeds will be used to revitalize the millet industry and culture of the Bunun community, thereby bringing back the culture and values of indigenous peoples in Taiwan.

E.Sun Commercial Bank chairman Joseph Huang said that working with NTU on making a centennial commitment through a project as beautiful and meaningful as this is a historical moment, especially in the 30th anniversary of the bank.

NTU president Kuan Chung-ming commended the Experimental Forest of NTU for its dedication to promoting forestry management. Kuan also expressed his sincere gratitude to E.Sun Bank for working with NTU in the ESG Centenary Project, as growing thousands of trees to protect Yushan and reviving millet cultivation in Xinyi are conducive to the mitigation of global warming and preservation of biodiversity, which are significant and valuable to environmental sustainability.

E.Sun also supports organic farming and the conservation of Formosan black bears, butterflies and sea turtles, among other species, taking action to tackle ESG or sustainability issues and planting seeds of hope to create a sustainable future.