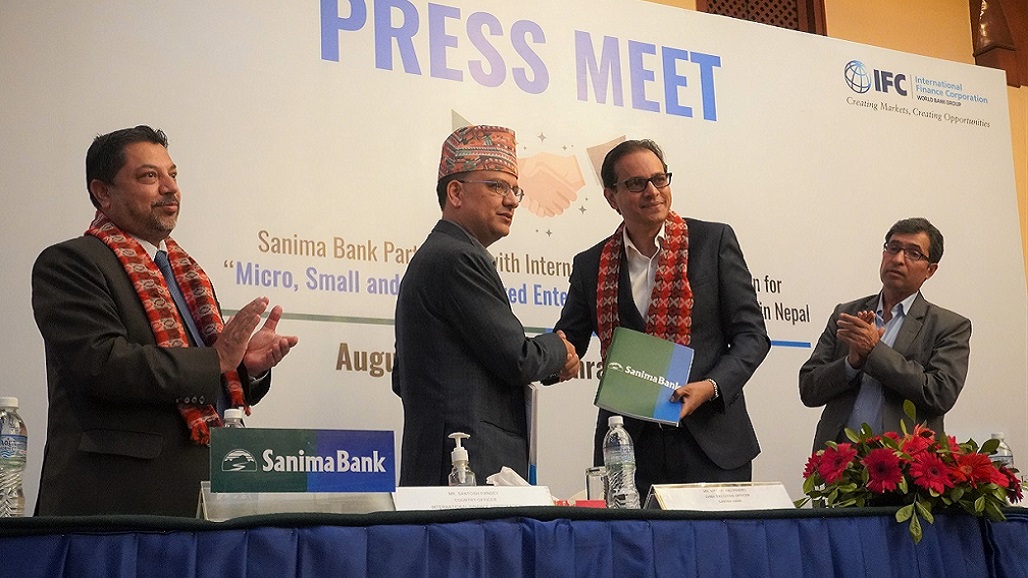 Sanima Bank has received USD 20 million in External Commercial Borrowing (ECB) from International Finance Corporation (IFC). IFC is the private sector lending arm of the World Bank Group. Considering the liquidity crisis, Sanima Bank had made an agreement with IFC to bring ECB in last financial year. The bank has received the fund after approval from the Nepal Rastra Bank in FY 2022/23. Sanima Bank has placed itself among the few banks which has received such foreign loans.

Mr. Nischal Raj Pandey, Chief Executive Officer of Sanima Bank, expressed his view that fund received from IFC will make it relatively easier to provide loans in MSME Sectors even in the current difficult situation of liquidity.

As per the agreement, this fund will be utilized to provide loans to Micro, Small and Medium-sized Enterprises (MSMEs). The bank intends to contribute towards the development of this sector while being guided by the principles of inclusivity and sustainability. Sanima Bank is providing banking services from 127 offices and 120 ATM networks in all 7 provinces.