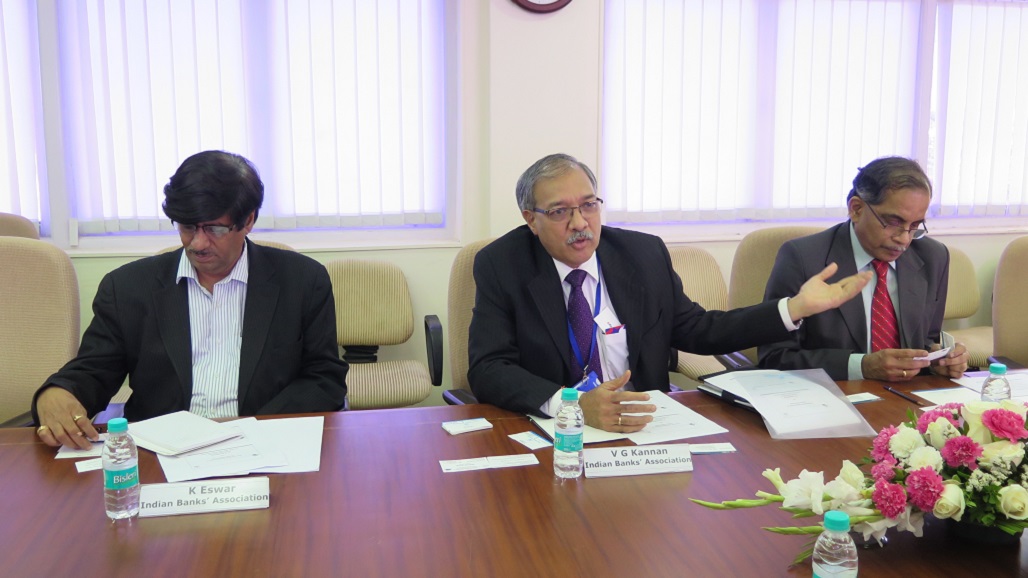 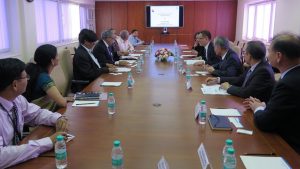 In his brief Opening Remarks, ABA Chairman Mr. Daniel Wu expressed his appreciation to Mr. Kannan for meeting with the ABA delegation. He then proceeded to give a brief introduction on the ABA and its activities. He cited the fact that State Bank of India is one of the most active members of the Association and that it joined ABA in 1990 and has since then been a member of the ABA Board. He was assisted by Ms. Prudence Lin, Chairman of ABA Policy Advocacy Meeting, who elaborated on ABA’s training programs as well as it policy advocacy work.

Mr. Wu extended his invitation to IBA and its members to join the 34th ABA General Meeting and Conference in November this year, which would be hosted by SBI. He pointed out that the November Conference is significant as it will be thefirst time that ABA will be holding its annual Conference in India. He informed Mr. Kannan that a Planning Committee Meeting was scheduled to take place at the Trident Hotel in Mumbai on March 10 to discuss preparations for the Conference.

To further enhance cooperation between the IBA and ABA, Mr. Wuproposed a signing of an MOU between ABA and IBA that would identify possible areas of cooperation between the two organizations. He suggested that the MOU could be signed by both parties during the November Conference. He mentionedthat to date, the ABA has signed MOUs with the bankers associations in Japan, Mongolia, the Philippines, Russia, Sri Lanka, Thailand and Vietnam.

Mr. Wu also introduced his organization CTBC Bank, which he said has offices in New Delhi and Chennai. He pointed out that India is an important market for CTBC, and that CTBC would like to have more interaction with local banks, explore more business opportunities in the country and make contributions to the local economy. Mr. Wu took the opportunity to invite Mr. Kannan and his colleagues to visit Taiwan in the very near future. 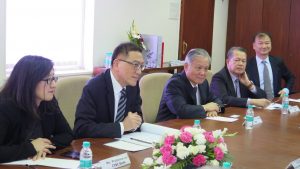 For his part, Mr. Kannan conveyed his warm welcome to the ABA delegates, most of whom were first-time visitors to Mumbai. As former Managing Director & Group Executive (Associates and Subsidiaries) of SBI, he also expressed his strong support of the 34th ABA General Meeting and Conference to be held in Mumbai in November 2017. Regarding Mr. Wu s proposal for an MOU signing between the IBA and ABA, Mr. Kannan said he would be pleased to make a report to IBA’s Managing Committee for their consideration.

To give the ABA delegates a better understanding of IBA and of the Indian market, Mr. Kannan made a comprehensive presentation on the operations and missions of IBA as well as the current economic and financial sector conditions in India and of the latest developments in the local Indian market. The visiting ABA delegation learned that the IBA was formed on September 26, 1946 with 22 members. As on December 28, 2015, the total membership of the Association was 237. Its members comprise of public sector banks, private sector banks, foreign banks having offices in India, co-operative Banks, regional rural banks and all India financial institution.