Pacific growth to pick up in 2017, ADB Report says 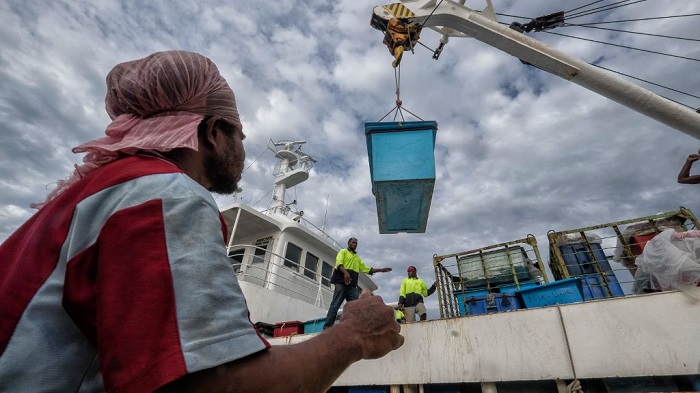 Manila – Pacific economies face gradually improving growth prospects in the next 12 months on the back of stronger economic fundamentals, says a new Asian Development Bank (ADB) report launched on April 6.

The Asian Development Outlook (ADO) 2017, ADB’s flagship annual economic publication, projects Pacific economies will, on average, grow 2.9% in 2017 and a further 3.3% in 2018, as the region’s larger economies recover from recent slowdowns and shocks.

“Increased mining and agriculture output is seen to spur a mild recovery in Papua New Guinea (PNG), which will contribute to a modest rebound for the Pacific region as a whole,” said Xianbin Yao, Director General of ADB’s Pacific Department. “While growth in most of the ADB Pacific member countries for the near term is positive, there is no room for complacency and vigorous policies to sustain economic activity still need to be implemented.”

In PNG — the Pacific’s biggest economy — declining revenue flows from mineral resources prompted fiscal adjustments to balance stimulus with sustainability. Economic growth was at 2% in 2016 and this is expected to accelerate slightly to 2.5% in 2017. Growth is estimated to reach 2.8% in 2018 as the country hosts the Asia-Pacific Economic Cooperation Leaders’ Meeting. The ADO notes that the medium-term outlook for PNG remains positive due to foreign investments in the pipeline.

Continuing reconstruction in the aftermath of Cyclone Winston is expected to accelerate growth in Fiji. Fiscal policies supporting plans to develop economic infrastructure — especially roads — will also drive economic growth, which is expected to reach 3.5% in 2017 and 4% in 2018.

In Timor-Leste, growth is forecast to slow to 4% in 2017 as attention shifts to the formation of a new government after elections in July, before recovering to 6% in 2018 as major public and private investments roll out. The report notes the opportunity that decentralization provides to improve public service delivery, but well-designed rules for allocating funds to municipalities are necessary to effectively promote more equitable growth.”

Economic growth in the Solomon Islands accelerated modestly in 2016 to 3.2%, but will moderate to 3% in 2017 and 2.8% in 2018 as the short-term benefits of expansionary fiscal policy and unsustainable logging dissipate. Tourism offers an untapped source of future growth and implementing the national tourism development strategy will help unlock this potential.

As Vanuatu’s economy continues to recover from Cyclone Pam in 2015, growth is expected to pick up to 4.3% in 2017, and then slightly moderate to 3.8% in 2018. Growth will be driven by ongoing recovery in the tourism and agriculture sectors, with an increase in infrastructure investment and construction activities as part of the cyclone recovery providing a needed boost. But the report warns that rising public debt creates risks for the country’s improved outlook. Reform is needed to improve infrastructure management and enhance productivity to sustain faster growth.

Growth in Palau is expected to rise as the economy recovers from last year’s steep drop in tourist arrivals. In the Marshall Islands, meanwhile, progress in implementing externally funded public investments is seen to push growth higher in 2017. Continuing delays in project implementation, however, will likely slow growth in the Federated States of Micronesia. Although rapidly rising revenue from fishing license fees has generated some fiscal surpluses in these economies, they nevertheless face medium-term fiscal challenges.

The Cook Islands, Samoa, and Tonga, meanwhile, grew robustly in 2016, buoyed by strong agriculture and tourism sectors. The implementation of infrastructure projects financed by development partners also helped drive growth in Samoa and Tonga. Growth in all three economies is set to moderate in the short-term, highlighting the need to mitigate rising risks from economic and climatic shocks.

The small island economies of Kiribati, Nauru, and Tuvalu all experienced positive growth in 2016. Public sector activity largely contributed to the expansion, along with externally funded infrastructure projects. Achieving fiscal and economic stability and sustainability remains a challenge for these economies given the volatility in their sources of growth and revenues. Prudent macroeconomic management is needed to rebuild fiscal buffers and stimulate growth.