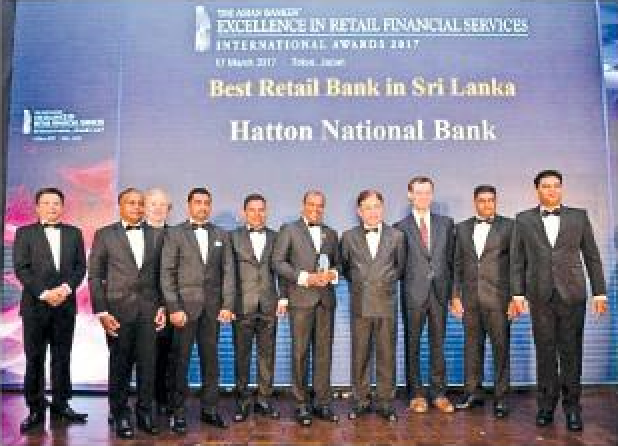 Tokyo – Hatton National Bank (HNB) received the Best Retail Bank and Micro Finance Product of the Year in Asia Pacific Awards in Sri Lanka for 2017 at The Asian Banker’s International Excellence in Retail Financial Services Awards Programme 2017. The awards ceremony was held in conjunction with the region’s most prestigious retail banking event, the Excellence in Retail Financial Services Convention, held at Conrad Tokyo on March 17, 2017.

HNB has developed a strong sales and service culture by centralizing retail credit processing and restructuring its staff deployment at branches, enabling a greater number of staff to serve at the frontline. Because of this initiative, the bank grew its retail assets, operating profit and revenue significantly. The bank’s profit after tax for the first three quarters in 2016 surpassed $67 million (LKR10 billion). 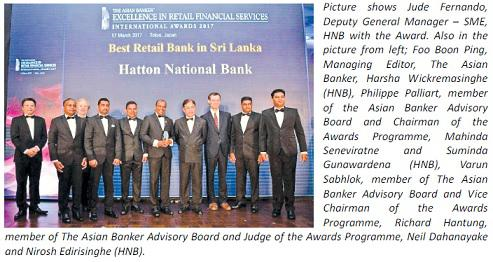 The bank utilized technology to manage costs and drive efficiency

About 200 senior bankers from award-winning banks in 25 countries in Asia Pacific, Middle East and Africa attended the Excellence in Retail Financial Services Convention, which recognizes banks’ efforts in bringing superior products and services to their customers. The awards program, administered by The Asian Banker and refereed by prominent global bankers, consultants, and academics, is the most prestigious of its kind.

A stringent evaluation process across three months based on a balanced and transparent scorecard determines the winners of The Asian Banker International Excellence in Retail Financial Services Awards, and the positions of various retail banks in the region.

About The Asian Banker

The Asian Banker is the region’s most authoritative provider of strategic business intelligence to the financial services community. The company is headquartered in Singapore, with offices in Manila, Malaysia, Hong Kong, Beijing, and Dubai, as well as representatives in London, New York, and San Francisco. It has a business model that revolves around three core business lines: publications, research services, and forums.