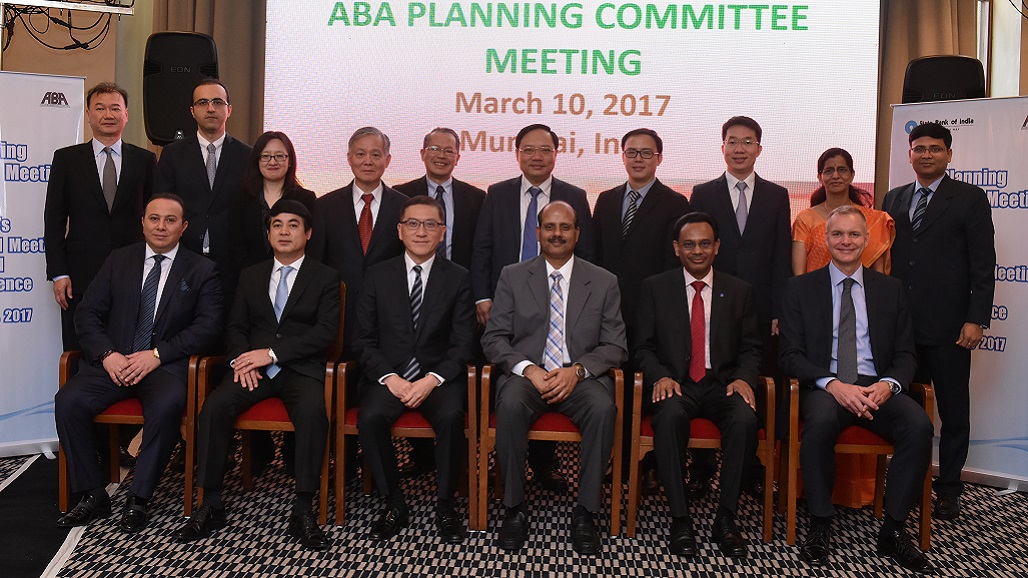 Mumbai – The 2017 ABA Planning Committee Meeting was held on March 10, 2017 at The Trident Hotel, Nariman Point, in Mumbai, India, with the State Bank of India as the host organization.

Presided by ABA Chairman Mr. Daniel Wu, President and CEO of CTBC Financial Holding Ltd,. the meeting was attended by 17 representatives of 5 banks from 5 countries, including Austria, Iran, India, Republic of China (Taiwan), and Vietnam. 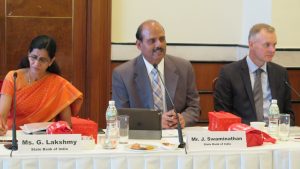 Welcome Remarks from the Representative of State Bank of India

Mr. Swaminathan Janakiraman, Head of the Financial Institutions Group of State Bank of India, warmly welcomed the meeting participants and thanked them for attending the meeting. He expressed his appreciation to the ABA for accepting the offer of SBI to host the 2017 annual conference of the Association, and informed the Committee that it was certainly a great honor and privilege for SBI to take the lead in organizing this important event, especially in light of the fact that it will be the first time that the annual gathering of the ABA will be held in India.

Mr. Swaminathan said that the high standards set by the 2016 Conference hosted by Vietcombank in Ha Long Bay in November last year will definitely be a hard act to follow, but SBI will do its best to match the excellent arrangements made by Vietcombank, with the support and guidance of the Planning Committee and the ABA Board of Directors.

He also expressed his hopes that the Mumbai Conference will serve as an occasion for Indian bankers to meet and network with their colleagues from other Asian countries, and share information with each other on the investment and business opportunities that India and other ABA member countries have to offer. 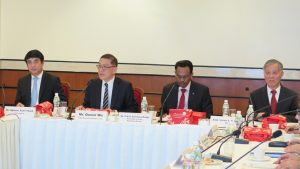 Welcome Remarks from the ABA Chairman

ABA Chairman Mr. Wu thanked State Bank of India and its officers and staff led by Mr. Swaminathan for hosting the meeting and for making all the necessary arrangements and the warm hospitality extended to the participants.

He also conveyed his gratitude to the delegates from overseas for traveling long distances to participate in the meeting, and thanked the attendees from Mumbai for taking time off their busy schedules to join the discussions.

Mr. Wu explained that the primary task of the Planning Committee was to review and plan ABA activities for the coming year – particularly those pertaining to the 34th ABA General Meeting and Conference and the policy advocacy work of ABA – and to discuss how to implement them in a way that would best serve the interest of members.

Preparations for the 34th ABA General Meeting and Conference

Amb. Victor C. Y. Tseng, ABA Secretary-Treasurer, reported that the State Bank of India, after consultation with the ABA Secretariat and some of the key ABA officers, has tentatively proposed to hold the 34th ABA General Meeting on November 16-17, 2017. 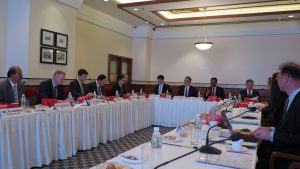 Mr. Swaminathan formally reiterated its proposal to schedule the 2017 Conference on November 16-17, which he said were the dates considered most suitable for both SBI and the proposed Conference venue.

With no objections from the Committee members, the proposed dates of November 16-17, 2017, on motion duly seconded, were formally endorsed by the Planning Committee.

Mr. Swaminathan formally presented its suggestion to hold the 34th ABA Conference at Trident Hotel, Nariman Point, which is part of the Oberoi Group., stressing that – in addition to its excellent guest rooms and Conference facilities – it is strategically located at the heart of Mumbai s business district and lies along the scenic Marine Drive, also known as the Queen s Necklace.

After an exchange of views on the various suggestions, the Committee `agreed that Mumbai Conference should look at how the current economic slowdown is impacting on Asia, and what the implications are of three major developments in the world market, namely, the Brexit, the Trump Presidency, and the so-called FinTech Revolution.

The Committee therefore decided on the following theme and topics for the 2017 Conference:

Session One Topic: Asia Amid the Global Slowdown

Session Four Topic: Digital and Mobile Banking: What it Means for the Customers and Other Stakeholders

With no further comments, the Committee formally endorsed the above theme and topics, subject to fine-tuning of the exact wordings by the Secretariat, in consultation with the State Bank of India.