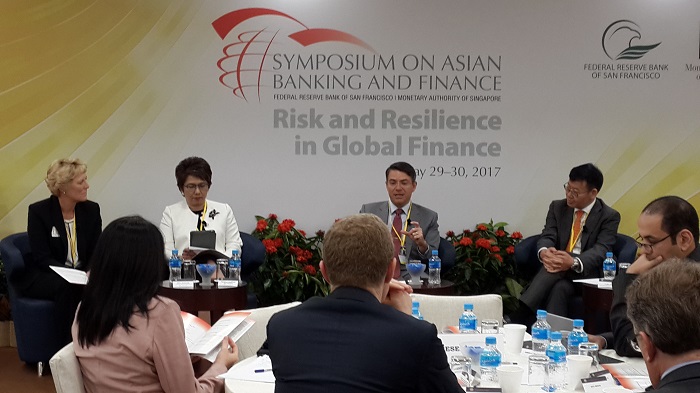 Singapore – ABA Deputy Secretary Mr. Amador Honrado Jr. represented the Asian Bankers Association (ABA) at the “Asia Symposium: Risk and Resilience in Global Finance” jointly organized by the Federal Reserve Bank of San Francisco (FRBSF) and the Monetary Authority of Singapore (MAS) on May 29-30, 2017 at the MAS Building in Singapore.

The Singapore event marked the ten-year anniversary of the FRBSF’s “Symposium on Asian Banking and Finance, which began in 2007 with a conference to consider the “lessons learned” from the 1997-98 Asian financial crisis. Since then, through the global crisis, FRBSF has continued annually to examine key global developments in banking and finance with the objective of bringing Asian voices to the discussion.

The theme of the 2017 Symposium reflects the ongoing efforts and recent developments in managing the effects of regulatory reforms, leveraging financial technologies, and strengthening culture and conduct.

This year’s gathering brought together some 110 participants composed of senior policymakers, market participants and academics from Asia and beyond. Conducted under Chatham House Rules, the Symposium provided a platform for a candid exchange of ideas on the shifting financial landscape in Asia, how that impacts other regions, and how Asia is affected by developments in Europe and America

In his speech, Mr. Menon noted the following:

Asian banks have stepped up 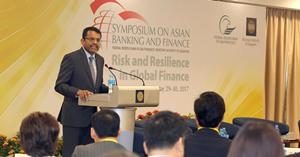 Asian banks emerged from the global financial crisis with stronger fundamentals relative to their global peers. The crisis revealed glaring weaknesses in many global banks. This led to the implementation of wide-ranging regulatory reforms. These weaknesses were less pronounced in Asian banks, which had already built up significant buffers following the Asian Financial Crisis. Asian banks’ strong deposit funding placed them in a strong position to meet the new, higher global standards.

“Even as Asian banks push for growth, they continue to maintain high prudential standards. The average Tier 1 capital ratio of Asian banks was 13.4% as of last year, up from 10.6% in 2008 and comfortably above the Basel minimum requirement of 6%. Key Asian jurisdictions who are members of the Financial Stability Board – including China, Japan, Indonesia, Korea, Hong Kong and Singapore – have been assessed to be compliant or largely compliant with the Basel Committee’s capital and liquidity standards. Several other Asian countries – Malaysia, Philippines and Thailand – have also implemented the Basel III rules. 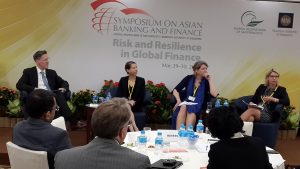 The major Asian banks’ sound prudential standards position them well to face the challenges in the current environment – ranging from geopolitical risks to heightened policy uncertainty in the advanced economies.

“The post-crisis operating environment has been difficult for banks around the world. European bank profitability remains depressed seven years after the global financial crisis, with return on equity or RoE averaging below 3%. Asian banks have also not been spared, though they have done better. The RoE of Asian banks has been declining in recent years, and is currently hovering around 8%.

“But an increase in NPLs must be viewed in perspective. Banks are in the business of intermediating risk. When risks materialise – as they sometimes do when those who borrow get into difficulties – NPLs must rise.

“This may be odd for a regulator to say – but if NPLs did not rise at all during difficult times, then the banks are probably not lending enough or taking on sufficient risk to promote business expansion or enterprise. What is important is: Is the rise in NPLs manageable and contained? Are problem loans being monitored closely and classified prudently? Are provisions made proactively and conservatively?

“The good news for Asian banks is that these cyclical headwinds should pass in time. Growth is recovering, monetary policy is normalising, and commodity prices are stabilising. 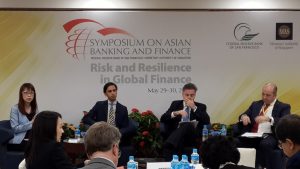 Mr. John C. Williams, President and CEO of the Federal Reserve Bank of San Francisco, said that the Fed’s gradual, transparent approach to normalizing monetary policy after the recession is “the most telegraphed monetary policy of our lifetimes” and that the process for unwinding its balance sheet will also be gradual, open, and widely telegraphed. Speaking to an audience from across the Asian continent, Williams asserted that a gradual, transparent approach to normalization will ultimately benefit both the U.S. and global economies.

“In an interconnected global economy, when one country takes action to make its economy more sustainable and resilient, that adds to the sustainability and resilience of the global economy in turn,” said Williams. “The last thing we want to do is to fuel unnecessary or avoidable volatility or disruption – whether we’re talking about domestic markets or international markets. That’s why we’re taking a gradual approach to normalization and why we’re being very clear, transparent, and open about how we’re making decisions.” 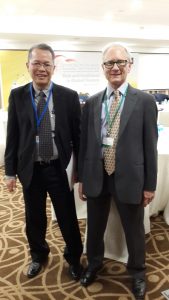 William explained that with unemployment at 4.4% and inflation on track to reach the Fed’s 2% goal next year, the data indicates that the U.S. economy has fully recovered from the recession, “The U.S. economy is about as close to the Fed’s dual mandate goals as we’ve ever been,” he said. Therefore, the aim of monetary policy in the U.S. must be “to keep the economic expansion on a sound footing that can be sustained for as long as possible.”

When discussing the balance sheet, Williams told the audience that the Fed is “committed to slowly shrinking the balance sheet with the same sort of widely telegraphed, gradual, and – frankly – boring modus operandi that we’ve adopted for normalizing conventional monetary policy.” He highlighted that “this will occur “organically” over time, as securities mature or are paid off” and suggested that “The more public understanding there is, the lesser the risk of market disruption and volatility.”

Williams forecasts that the Fed will begin the process of unwinding the balance sheet later this year, explaining that the process will begin when the Fed is further along the path of normalizing the level of the federal funds rate. He offered the caveat that this could change were the economic outlook to deteriorate. He stressed that balance sheet management “will be taking place in the background” and that the Fed “will continue to use conventional monetary policy tools – raising and/or lowering interest rates – as the lever we operate to keep the economy from overheating or running too cold.