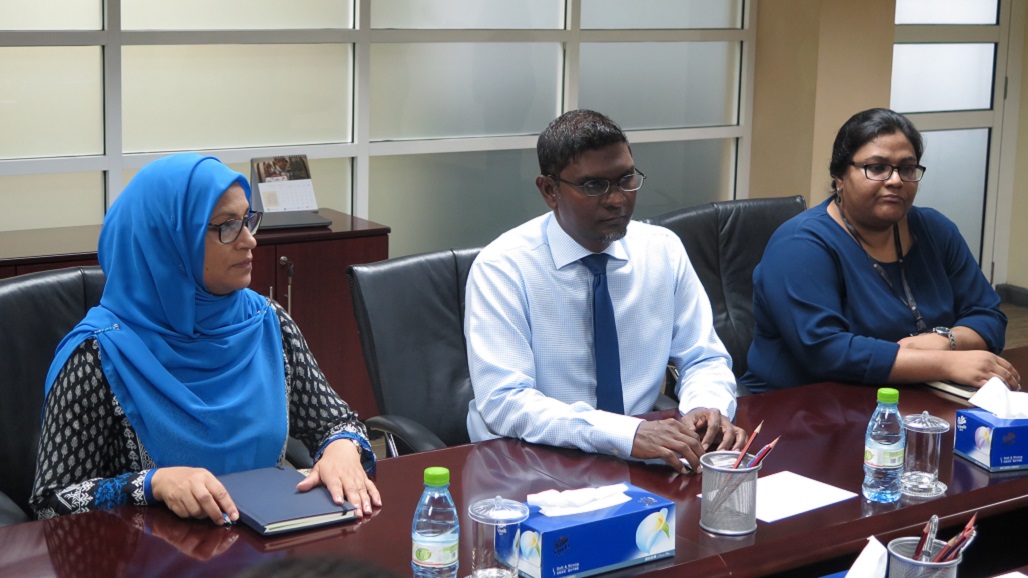 Male – Members of the ABA Planning Committee led by ABA Chairman Mr. Daniel Wu were accompanied by Bank of Maldives Managing Director and CEO Mr. Andrew Healy and other Bank officers in meeting with Mr. Ahmed Naseer, Governor of Maldives Monetary Authority (MMA), followed by a meeting with Minister of Finance and Treasury Mr. Ahmed Munawar, on the afternoon of March 9 at the premises of MMA.

Meeting with the MMA Governor

In his brief Opening Remarks at the meeting with Governor Naseer, Chairman Wu expressed his appreciation to for meeting with the ABA delegation. He then proceeded to give a brief introduction

on the ABA and its activities. He cited the fact that Bank of Maldives is one of the most active members of the Association and that it joined ABA in 2012 and has since then been a member of the ABA Board.

For his part, Governor Naseer conveyed his warm welcome to the ABA delegates, all of whom were first-time visitors to Maldives. He also expressed his strong support of the 35th ABA General Meeting and Conference to be held in Maldives in November 2018. He shared information and his valuable insights on the latest economic and banking sector developments in Maldives, allowing the ABA delegates to get a better understanding on the country’s financial market and its relevant monetary policies. 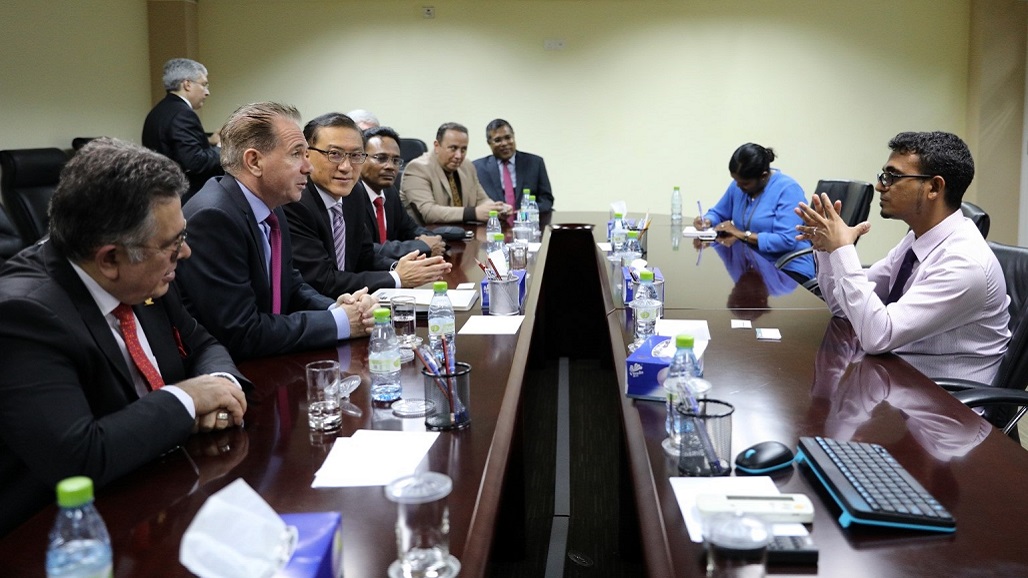 Meeting with the Finance Minister

Following the meeting with Governor Naseer, the delegation met with Minister of Finance and Treasury Mr. Ahmed Munawar also at the MMA premises.

In his Opening Remarks, Mr. Wu pointed out that it was a big privilege for him – as Chairman of the Asian Bankers Association and as President – and certainly a great honor for the ABA delegation to have been given the opportunity to meet with Minister Munawar. In his introduction on the ABA, Mr. Wu expressed his hopes that by working with its member banks – including Bank of Maldives – as well as with the regulatory authorities such as the Finance Ministry, the ABA aims to provide a platform for the Asian banking community and governments to come together in order to help create a policy environment that is conducive to the growth not only of the banking industry but also of the economy as a whole.

Mr. Wu informed Minister Munawar that the ABA will be holding its 35th General Meeting and Conference in November 2018 in Maldives, with the Bank of Maldives as host organization, adding that it will be the first time the ABA will hold its annual gathering in Maldives He extended his invitation to Minister to attend the November Conference.

Minister Munawar thanked Mr. Wu for visiting Ministry, and for his introduction on the ABA. He conveyed his strong support of Bank of Maldives’ hosting of the 35th ABA General Meeting and Conference in Maldives in November, and hoped that a big contingent of foreign bankers will be able to join the event and take advantage of their presence in Maldives to know more about the country’s economy and banking sector and network with local bankers.

Mr. Munawar also briefed the visiting ABA delegation about the current economic situation in Maldives, as well as the recent trends and developments in the country’s financial sector. He also shared his thoughts on the economic prospects of the country and what may lie ahead for the banking sector.