A Bullish Outlook for Asia in 2021 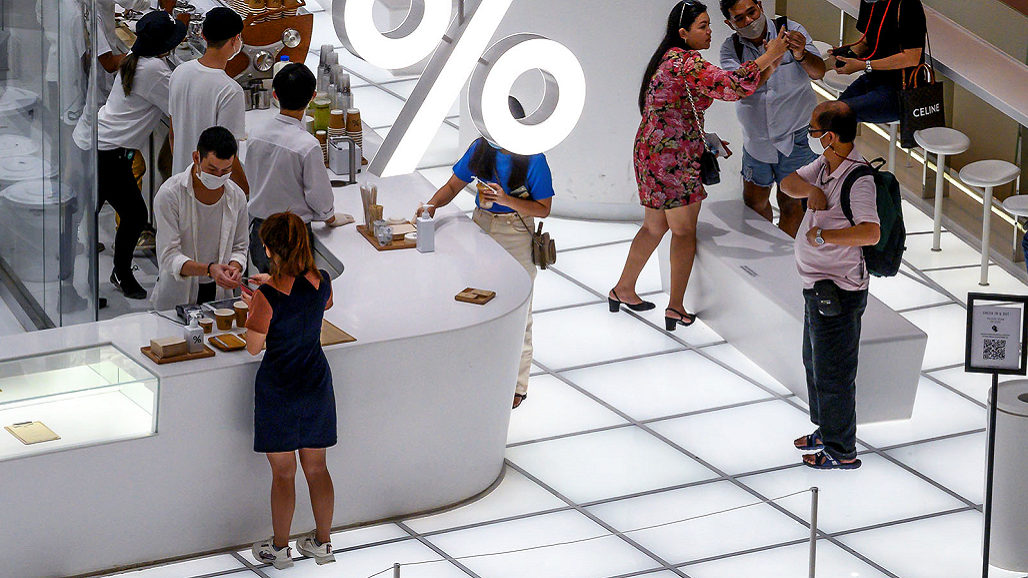 Customers buy coffee in a trendy coffee shop inside an upscale shopping mall in Bangkok. Business leaders in the biggest Asian economies exude confidence about the near-future

There are sound reasons to be upbeat about Asia’s prospects for the coming year. Several countries in the region have managed to subdue COVID-19 and have left the worst behind.

The Asian Development Bank (ADB) forecasts that China, Taiwan and Vietnam will all register positive growth for 2020, something that will elude all G-20 economies, other than China. Across developing Asia as a whole, ADB expects growth in gross domestic product of around 7% in the coming 12 months.

Business leaders in the biggest Asian economies exude confidence about the near-future. A December 2020 survey of executives found that a larger share of respondents from both Greater China and India say that things will be better in six months than those from Europe, Latin America and North America.

Bloomberg News reports that official data from China show that 2020 may be a record year for new foreign investment in the country. Exports have been surprisingly resilient for many Asian countries, due in part to great demand for computers and other IT equipment by professionals working from home.

However, while prospects for an accelerating rebound are bright, there are several uncertainties that could tarnish the picture. Here are seven risks that investors, businesses and policymakers should keep in mind as they plan for the new year.

Great hope surrounds the various COVID-19 vaccines that were quickly developed and are now being distributed. Many loss-making businesses will not be back in the black until a sizable share of the population is vaccinated, and Asian governments will maintain measures to uphold social distancing and limit mingling with people across borders well into the new year.

This will put a continued damper on the airline and tourism sectors, causing continued pain in tourism-dependent economies like Macau, the Maldives, Thailand and several Pacific island states. India has recorded more than 10 million confirmed cases of COVID-19, second only to the United States, and has not been nearly as successful in containing the virus as other Asian countries.

Developing Asian countries are far behind OECD member countries in the number of pre-ordered vaccine doses. And when people finally get the chance to receive an injection, history shows that not everyone reacts to a vaccine in the same way. Illnesses or deaths attributed, rightly or wrongly, to one of the new COVID-19 vaccines could lead to a pause in delivery. The complex vaccine distribution chain is also vulnerable to a myriad of failings, including intentional disruption by antivaxxers or others seeking to create chaos. With so much riding on the success of this grand effort, effective distribution of COVID-19 vaccines is the most consequential risk confronting Asia (and the world) in 2021.

2. China and the US Tensions Deepen

The pandemic has wreaked havoc on economies and labor markets and increased poverty, hunger and inequality. World Bank economists estimate that COVID-19 could force 164 million people into poverty in South Asia and East Asia and the Pacific. The International Labor Organization reports that the crisis has led to the loss of more than 80 million jobs in Asia and the Pacific.

China’s emergence from the pandemic and expected strong growth next year could spur a successful regional and global rebound.

Before the pandemic, most people in the region were living in countries where income inequality had been growing. The IMF warns that the ongoing crisis risks exacerbating inequality in the region and is having especially negative impacts on younger workers, women and people who are more vulnerable.

Frustration with authoritarianism, corruption and joblessness, and lack of opportunity, could inflame passions and lead to violent civil disturbances in some Asian countries. Regional research and data show that conditions in South Asia and Southeast Asia are ripe for social unrest stimulated by food shortages, rising prices and reduced incomes due to lost livelihoods and remittances.

The International Federation of the Red Cross and Red Crescent Societies has reported that the Asia and Pacific region faced a record number of climate-related disasters in 2020, affecting tens of millions of vulnerable people already hit hard by the pandemic. The relief agency reported that it had responded to 24 climate-linked events this year in the region, one-third more than in the previous year. The environmental incidents included floods, typhoons, extreme cold and drought.

While brutal weather events are annual occurrences on the Earth’s most disaster-prone continent, the negative impacts of climate change are growing year-by-year, making this a perennial risk to economies and human well-being across the Asian continent.

China’s emergence from the pandemic and expected strong growth next year could spur a successful regional and global rebound. Yet this hopeful scenario is threatened by a faltering Chinese property market. According to data from China’s court system, 228 real estate companies went bust in the first half of this year.

Separately, Fitch Ratings reported that between January and October 2020, state owned enterprises in different lines of business defaulted on a record 40 billion yuan ($6.1 billion) worth of bonds — about as much as in the previous two full years combined. A collapse in real estate prices, or acceleration of defaults among SOEs, could leave the domestic financial system vulnerable and slow the pace of economic growth, with implications for Asia as a whole.

Fraud, theft and extortion carried out through computers have become a growing source of concern to private and public organizations. Microsoft has estimated that cyberattacks are costing the Asia and Pacific region 7% of its gross domestic product.

A survey of more than 2,000 business leaders in Asian and Pacific countries by the Australian research firm StollzNow between late May and early June 2020 found that seven in 10 respondents were more concerned about cyberattacks than before the pandemic. Cybercrime risks have grown as corporate computer systems are linked with remote workers whose IT security arrangements are less stringent than at the office, and hackers are attempting to benefit from the changed circumstances.

While several Asian economies have come back to life, large swaths of Western Europe and North America are struggling to gain control over the deadly virus. The never-ending Brexit saga poses an economic risk not only to the United Kingdom, but also to the European Union.

The unhealthy partisan political divide in Washington, D.C., could lead to gridlock that prevents further actions that would help the battered economy, like direct aid to budget-strapped American states and infrastructure investments. Slow recovery of demand in key non-regional export markets for Asian manufacturers would constrain the pace of growth in Asia.

So long as COVID-19 vaccines are rapidly and widely distributed — and prove to be as effective as early testing has shown — the accompanying rise in the confidence of consumers, businesses and investors would likely overwhelm the potential impact of other risks to Asia’s rebound. 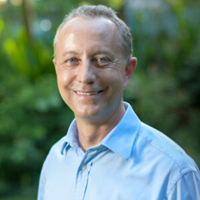 Bart Édes is an international trade and development policy specialist focused on transformative trends reshaping Asia and the world. Between 2009 and 2020, he held senior staff positions at the Asian Development Bank, most recently serving as its representative in North America.