Ships anchored off Singapore at Malacca Strait in local waters. Eighty percent of China’s hydrocarbon imports arrive via the Malacca Strait, one of the busiest shipping channels in the world.

As governments continue to implement fiscal and monetary policies in response to COVID-19, country-level economic risks are growing across all regions, according to Marsh Specialty’s Political Risk Map 2021. And the story in many parts of the world is similar: Nationalism, sovereign credit risks and inequality are all on the rise. Still, senior leaders and risk professionals can access a variety of tools — from both public and private sources — to help limit their effects.

Resource Nationalism to the Fore

A global rebound in commodity prices should give respite to resource-based economies in 2021. But competition for strategic resources that companies perceive as being vital to economic recovery and political strength continues to grow. Food security, water access and energy costs remain acute pressures that may lead to flashpoints domestically — and conflicts internationally.

Take China and India. The rivalry between the two largest populations on the planet is already a focal point of geopolitical tensions and will likely intensify in the years ahead.

As India’s population potentially surpasses China’s, the two nations will likely seek to secure supply chains and critical resources. Sea routes are expected to be especially crucial: 70% of India’s trade value is linked to maritime exports, and 80% of China’s hydrocarbon imports arrive via the Malacca Strait, one of the busiest shipping channels in the world.

India has also raised concerns about water security as China builds new dams on the Brahmaputra River, one of the largest by discharge in Asia and the world. No official agreement exists about the use of shared river systems between China and downstream countries, including India and Bangladesh. But altered water from China’s projects is expected to disrupt the lives of 1.3 billion people in those countries, while also causing damage to agriculture and ecology.

At the same time, China is continuing its quest to shore up access to strategic resources via commodity partnerships in Africa and Latin America. China views these resources as critical to maintaining its position as a dominant manufacturing center globally. Resource access is also important to China’s ambitious Belt and Road infrastructure development vision, a foreign policy priority for the country.

Among the myriad effects of the pandemic is a widening gap between the rich and poor. In some countries, efforts to reduce poverty have been set back decades. The World Bank estimates that an additional 88 million to 115 million people around the world fell into extreme poverty in 2020. This number could rise to 150 million in 2021.

Marsh Specialty analysis projects a growing disparity between emerging economies and industrialized nations. In emerging markets, strains on public financing are expected to result from increases in sovereign indebtedness and may create unfavorable conditions for domestic and foreign-owned businesses.

The divide between rich and poor is also growing within countries, especially in middle- and lower-income countries. In the decades to come, government policies to address societal inequality are expected to more prominently factor in electoral platforms on both the left and the right.

Proper planning and risk mitigation tools can help organizations weather political and economic crises amid the pandemic and beyond.

Although governments appear more attentive to inequality, the issue is often a driver of civil unrest. For example, massive protests in Chile began in 2019 because of an increase in transportation costs, with demands to address social inequities helping to sustain the unrest and leading to Chile’s constitution being redrafted. Large-scale protests are also underway in Colombia, sparked by the government’s introduction of poorly thought out tax reforms, including raising rates on water and other utilities.

Presently, food security issues — specifically, purchasing power rather than food production — are contributing to heightened political risk in Latin America. This could be a flashpoint in 2021 and beyond for strikes, riots and other types of civil disturbances.

Amid the pandemic, country-level economic risk grew for every nation in 2020. In 2021, COVID-19’s lingering economic fallout is expected to continue to amplify that exposure.

Across all regions, Marsh Specialty’s analysis shows larger increases than ever before in country economic risks. This is driven by increases in deficit spending, which is adding to sovereign and commercial credit risks. And whereas the overall servicing of interest on debt has fallen globally, it has increased for emerging economies.

In Latin America, sovereign debt appears less likely to be repaid, as populist pressures may cause governments to prioritize economic relief over the repayment of foreign debts. For example, the government of Brazilian President Jair Bolsonaro — who is currently seeking reelection — is actively seeking to pass legislation that would provide another round of cash transfers to impoverished Brazilians, which threatens to push its sovereign credit risk even higher.

Colombia, currently facing a credit downgrade, recently saw tax reforms being unveiled by an unpopular government, which will soon be seeking reelection. Borrowing costs, meanwhile, are increasing for many other countries in the region, including Mexico, Peru, and even Chile, which historically has been perceived as being immune to such pressures.

Sovereign credit risk is also growing in Turkey, where the lira has lost approximately 30% of its value amid the pandemic; a series of interest rate cuts are also expected in 2021. And in sub-Saharan Africa, 36% of all countries saw sovereign credit downgrades in 2020, according to S&P. Among these countries is South Africa, where sovereign ratings have entered junk territory amid falling revenue as the country struggles to contain COVID-19.

Credit risk insurance solutions could help to ease the effects of these trends on multinational businesses. Among other benefits, credit risk insurance can facilitate bank lending — even for projects in countries where sovereign credit has been downgraded — and replace cash or letters of credit that would otherwise be used as collateral.

As political and credit risks intensify, multinational businesses must be vigilant. Although they may not be able to prevent certain events, multinationals can be prepared. Proper planning and risk mitigation tools, including insurance, can help organizations weather political and economic crises amid the pandemic and beyond. 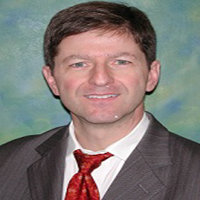