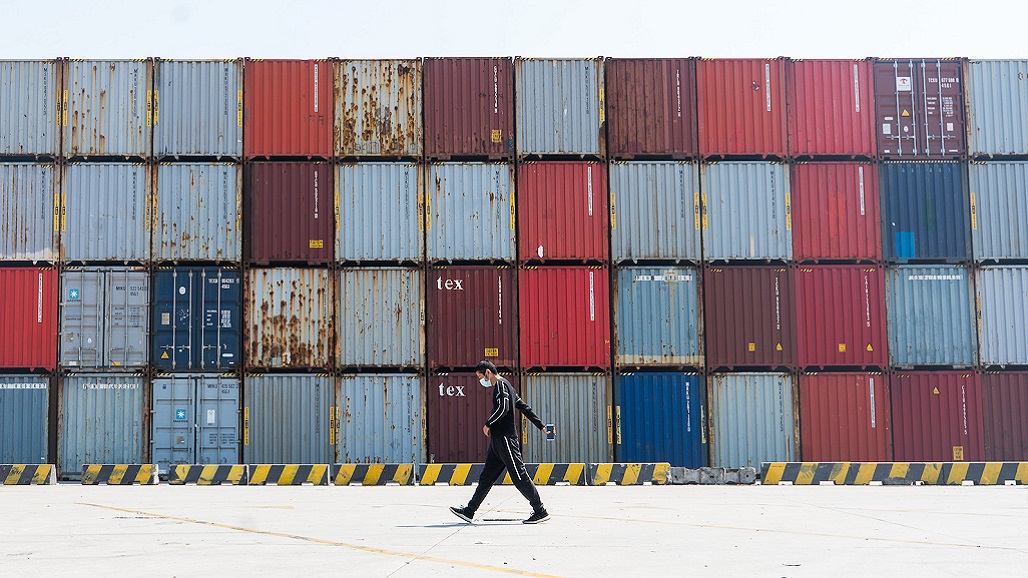 A truck driver wearing a protective mask walks past containers at Yangshan port in Shanghai, China. Shanghai is under an intense COVID lockdown, as are an estimated 87 of the 100 largest cities in China

President Xi Jinping’s policy of zero tolerance toward COVID kept cases down during the first two years of the pandemic. But the infectiousness of the omicron variant is making it much harder to pull off.

It’s estimated that 87 of the 100 largest cities in China are now under some kind of restricted movement. Shanghai is under an intense lockdown, severely impacting living conditions for its 25 million inhabitants.

This is starting to impact global financial markets and supply chains. BRINK spoke to David Dollar, an expert on the Chinese economy at Brookings, to assess the economic impact.

DOLLAR: It seems like the zero-tolerance policy is starting to have a negative effect on the Chinese economy. According to official data released last week, China’s economy expanded 4.8% in the first three months of this year compared to the same period last year. However, much of that growth was recorded in January and February only. There’s no question the Chinese economy has slowed down, and there are anecdotal reports about certain ports suffering big backlogs and cities that have shut down.

China’s a big country, so shutting down a couple of cities doesn’t necessarily have an overwhelming effect, but it is definitely going to be negative for China’s growth.

BRINK: Its impact will depend on how long this goes on — do you have any sense of whether the government is determined to stick to the policy?

DOLLAR: China has an important Communist Party congress in November, so I would be surprised if they changed policy before November. But President Xi has sent out a message to local officials to pay attention to growth, and there are examples of cities modifying their quarantine policies, for example, by moving from a three-week quarantine to one week. Or in Shenzhen, the factory that produces a lot of Apple products was allowed to keep operating. So I would say, you see some local flexibility, but they are basically sticking to their zero-tolerance policy.

BRINK: Are you seeing any sign of this rippling through global supply chains yet?

DOLLAR: The Ukraine [conflict] is having a big effect on the global economy, and the spread of COVID in China is an additional negative factor, but on a smaller scale, so far. However, the longer it goes on, the more it’s going to take away from China’s annual growth rate.

The financial markets hate the uncertainty around the Ukraine [conflict], the effect on the global economy, and what’s happening with China.

One thing about China, which we saw with the first wave of COVID, is if things shut down for a month or two, then they seem to work extra hard to recover. And that’s kind of a natural tendency, but China’s particularly good at it. Oftentimes, they get close to annual targets, they have a couple of bad months, and then they work super hard for a few months. But if the spread of cases continues throughout the year, then of course, you’re not going to be able to make up for this during 2022.

BRINK: I’ve seen some projection suggesting it could knock a point off the GDP growth. Do you think that is overly pessimistic?

DOLLAR: They set a target for the year of around 5.5% growth in GDP, and they made that decision before the Ukraine [conflict]. Frankly, even leaving aside COVID, that already seemed like a very ambitious target, given the challenges that they were already facing domestically with their real estate and the tech crackdown.

When it comes to Ukraine, China happens to be the poster child for a country that imports a lot of petroleum, natural gas and wheat. And the [conflict] has affected prices globally, so it doesn’t even matter where China is importing its oil and gas from — those prices have gone up very dramatically. That’s a big shock for the Chinese economy.

BRINK: How does this play with inflation if the Ukraine crisis drags on and there’s this continued zero COVID policy?

DOLLAR: Well, China has much lower consumer inflation than we do in the U.S., or even in Europe. And so, that actually puts them in a position where they can ease up their monetary policy, while we’re going to be tightening our monetary policy. So that gives them some room to stimulate the economy with both fiscal and monetary policies.

It’s a little bit of a mystery how their consumer pricing inflation has stayed so low. This latest spread of COVID has been going on long enough now that prices for a lot of services have gone down because people are not traveling or going to restaurants as much. So you’ve got price declines in services. And compared to Americans, people don’t drive nearly as much, so high gas prices don’t have as much effect on household budgets. So their inflation is quite modest and they’ve got room to stimulate. 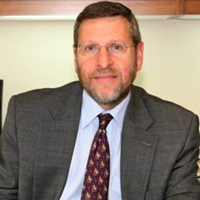 David Dollar is a Senior Fellow in the John L. Thornton China Center at the Brookings Institution and the host of the Brookings trade podcast, Dollar & Sense. He was the World Bank Country Director in China (2004-2009) and the U.S. Treasury representative in Beijing (2009-2013).

Will China Ever Become a Fully Developed Economy?