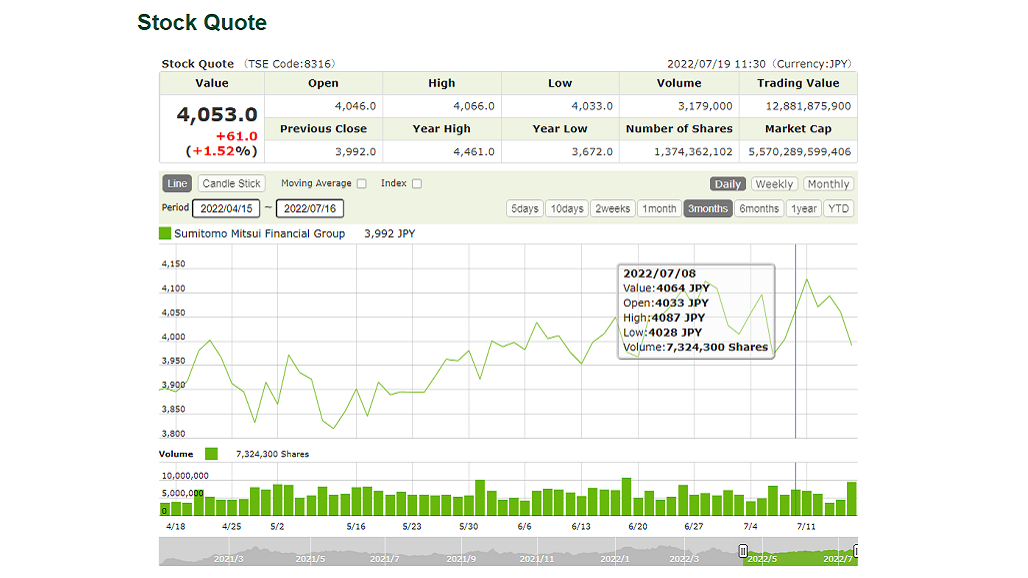 The deal, which aims to reinforce the pair’s securities businesses domestically, will see SBI issue new shares, Nikkei reported without stating where it obtained the information. The newspaper also said SBI may also take a small stake in SMFG.

SBI said in a Tokyo bourse filing on June 22 it was true it was exploring opportunities to partner SMFG, including through a capital tie-up as reported by some media.

Sumitomo Mitsui said in a statement it was exploring opportunities with SBI, but that nothing has been decided.

A new share issuance would beef up SBI’s financial standing which has been stretched since its $1 billion bid in 2021 for midsize lender Shinsei Bank Ltd.

Shares of SBI traded up around 4% in early June 22 trade after rising as much as 6.9%. Shares of SMFG were almost flat.

The two have already teamed up to create a digital stock exchange to provide a trading platform alternative to the Tokyo Stock Exchange.

SMFG, Japan’s second-largest lender by assets after Mitsubishi UFJ Financial Group Inc, has its own brokerage unit, SMBC Nikko Securities Inc, which has been under investigation following the arrest of some of its executives over alleged market manipulation. SMBC Nikko said it was conducting its own investigation into the matter.

Hoping to create a nationwide network, it has been taking stakes in Japanese regional lenders and raised its stake in Shinsei Bank to 48% through a tender offer in 2021.