How the Russia-Ukraine Conflict Is Impacting Insurance Across Industries 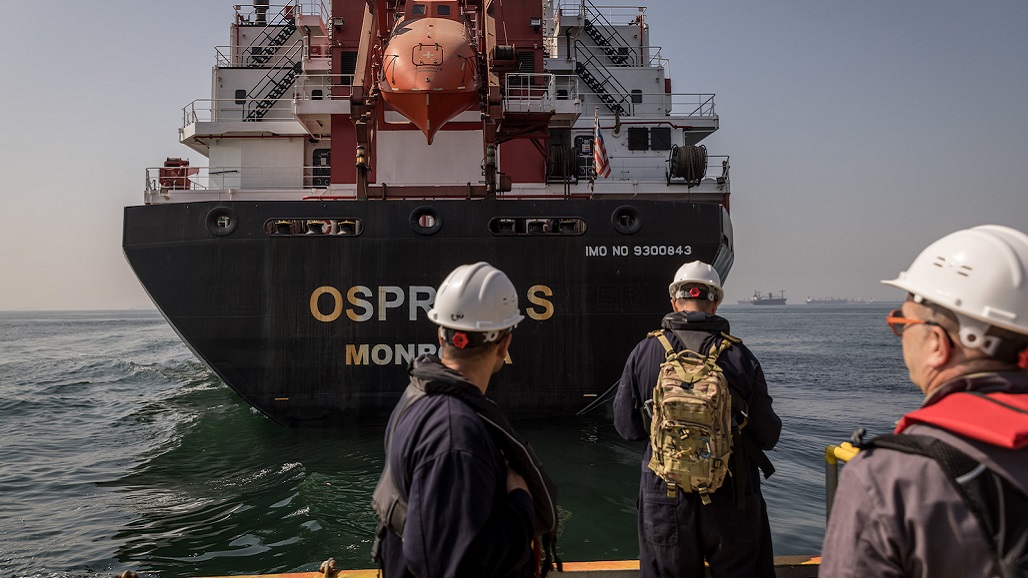 A representative working with the joint inspection team prepare to board the Osprey S vessel anchored in the Marmara sea to conduct an inspection on August 18, 2022 in Istanbul, Turkey. The Osprey S left the Ukrainian port of Chornomorsk on the 16th of August carrying 11,500 tons of grain destined for Turkey.

Nearly six months into Russia’s invasion of Ukraine, the conflict’s long-term impact is coming into focus. The conflict prompted many multinational corporations to voluntarily exit or sever business ties with Russia and triggered a broad set of international sanctions. Now, much of the focus has shifted from specific developments in Ukraine and Russia to economic inflation globally and a fracturing geopolitical order.

Businesses and governments should not lose sight of the indirect consequences of the Russia-Ukraine conflict, which may persist for a long time. This includes the continuing risk arising from the large volume of new economic, financial and trade sanctions; the global impact arising from the reduced availability of key commodities such as oil, fertilizer and grain; and potential insurance claims made as a result of the conflict.

Claims under political risk and trade credit insurance policies typically take time to develop; the volume of claims associated with the conflict is nearly certain to increase, although that remains to be seen. Below is an industry-level look at how the conflict is introducing new risks to business operations and impacting insurance as a result.

Sanctions by the U.K., EU and others prohibiting the supply of aircraft or parts to Russia as well as related financing or insurance, followed by a Russian expropriation of foreign-leased aircraft, have led to multiple aircraft stranded in Russia. This has resulted in significant aviation hull losses, which have already led to aviation hull war insurance rates spiking by approximately 200%, on average, and underwriters re-examining coverage.

The broader aviation insurance market may harden, further straining the aviation industry, which is struggling to recover from the impact of the pandemic.

The aviation and space sanctions have also led to international insurance coverage for satellite launches and deployment being unavailable for Russian-built satellites and launch sites within Russia. Between 2017 and 2021, Russia accounted for about 16% of global launches.

In addition, specialist Russian aircraft carried a significant proportion of satellites made and delivered outside Russia, which is no longer possible.

This reduction in satellite carrying capability may delay launches for years, resulting in a reduction in space insurance premiums that may impact rates for launches outside Russia.

Damage to marine hulls, ports, and cargo will generate losses in Ukrainian ports. Notably, insurance coverage for land transit of cargo in Ukraine is no longer available.

Global supply chains and the flow of commodities may face further disruption as a direct result of the hostilities in Ukraine and indirectly through sanctions and insurance market tightening.

The significant increase in sanctions and trade controls on Russia impact a wide variety of goods being supplied to or from Russia. The EU, U.K., and some other countries have also prohibited the financing and insurance of impacted exports and imports.

The differences between various countries’ sanctions regimes have added an additional measure of complexity and risk of doing business internationally.

Companies that operate internationally need to consider not only sanctions that apply to them but also how local sanctions may apply to other parties in their supply chain may impact their business, as well as their banks, lenders and insurers.

It should also be noted that the marine insurance industry had in recent years been put on notice by U.S. and U.K. regulators to increase their monitoring of the vessels and goods they insure in order to identify vessels that may have sanctions ownership or be involved in sanctions evasion.

For the time being, all marine insurance lines remain relatively stable, from both an overall capacity and a pricing perspective, with the exception of increased hull and cargo war rates.

The energy insurance market is seeing an immediate impact on its premium volume due to sanctions on Russian oil and EU attempts to reduce reliance on Russian energy. As of December 2021, Russia accounted for nearly 10% of world petroleum production. Germany and other EU members that previously bought Russian natural gas and oil are trying to line up alternative energy supplies, including possibly delaying original coal phase-out plans or revamping already shutdown coal power plants (when feasible). Meeting power demand may increase the need for new upstream energy investments and energy infrastructure outside of Russia.

EU sanctions prohibiting EU companies from insuring any Russian oil shipment are due to fully come into effect by the December 5, 2022, raising concerns of even higher energy prices. The U.K. has so far held back on a similar ban, only restricting imports into the U.K. from the end of the year. Changes to U.K. and EU positions depend on the outcome of a U.S. attempt to gain international agreement on an oil price cap, which would allow insurance for oil shipments under a certain price.

One of the long-term consequences of the Russia-Ukraine conflict is the acceleration of the transition to renewable energy sources. Energy market observers forecast that mature economies are entering a “capex supercycle” in which capital expenditures to support the transition to a lower-carbon economy are expected to be enormous. That shift is likely to increase demand for insurance coverage for these new industries.

Claims are beginning to emerge for Russian and Ukrainian trade credit, political risk, and structured credit policies issued before sanctions were imposed. More trade credit and structured credit claims for Russia are anticipated in the second half of 2022 and the first quarter of 2023. Political risk claims are expected from Russia in the fourth quarter of 2022 and through 2023.

Significant political risk claims for war and confiscation in Ukraine have emerged. Since late February, few — if any — new political risk or credit insurance policies have been available for Russia, Ukraine or Belarus.

The Russia-Ukraine conflict underlines the increased volatility in geopolitics in recent years, which creates complexity for managing risk in supply chains and in evaluating the cost of that risk. This is increasing demand for trade credit, political risk, and structured credit insurance to respond to the heightened risk environment and to secure liquidity and reduce capital costs.

Sanctions and trade controls have significantly increased. While media reporting has focused on the aviation and marine industry, sanctions have impacted a large variety of goods and services being supplied to Russia.

Companies need to keep up with regular changes to sanctions, the differences in sanctions regimes between the EU, U.K., and U.S., as well as other countries joining the effort such as Singapore, Australia and Canada. This increases the complexity for international companies looking at which sanctions may apply in all the different countries in which they operate.

Many companies are also seeking new suppliers, points of manufacture, and routes of shipment. A major shift in thinking is taking place, from “just in time” supply chain deliveries to “just in case” supply chain risk management. The combination of these issues with geopolitics and inflation means that values at risk have increased in less well-known locations, often with new suppliers and changing customers.

The conflict has signaled a shift in corporate reactions to events that trigger moral/ethical decisions. Over a thousand companies have announced they are leaving or voluntarily curtailing operations in Russia.

The exodus of Western companies from Russia illustrates how public pressure can amplify risks for company decisions intended to demonstrate their commitment to environmental, social, and governance (ESG) programs. For example, choosing to either continue doing business in a country perceived as acting contrary to ESG values, or to exit and trigger a financial loss, may complicate directors and officers (D&O) liability risks. Russia has also threated insolvency proceedings and criminal liability for companies seeking to close their Russian operations.

The Russia-Ukraine conflict has exacerbated post-COVID-19 economic risk, accelerated inflation, and drawn a line under recent Western economic orthodoxy. While many Western companies have announced plans to divest assets in Russia, often at significant expense, how organizations handle future decisions to exit countries — and whether those decisions trigger derivative actions that may be covered under D&O liability insurance — remain unknown.

This article first appeared on marsh.com 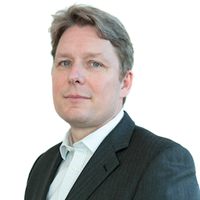 Nick is the global leader of Credit Specialties for Marsh, leader of the Marsh Parametric business and member of the Marsh global specialty executive committee. He has worked in the areas of credit, political risk, surety, security, contingency and alternative risk for 31 years and has worked extensively to deliver risk advice and mitigation solutions for financial institutions, trading companies, industrial and infrastructure groups and public agencies in every region of the world. He has spoken at many risk, insurance and finance forums and conferences about strategic geopolitical, macroeconomic and developmental risk issues. He is also engaged as a member of the WEF working group focused on financing the transition to a lower carbon economy.