ABA Position Paper on Supervising the New Basel Accord 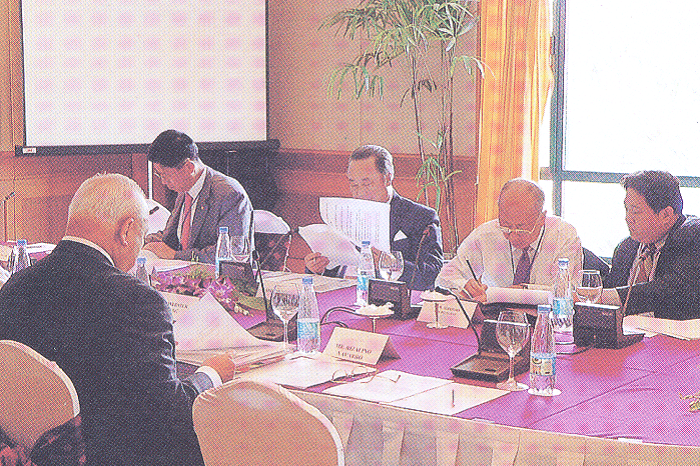 1. The Asian Bankers Association (ABA) reiterates its support for the Basel Committee’s efforts to strengthen banking systems through promotion of sound risk management practices. In a series of previous position papers, we have contributed our proposals on the New Basel Capital Accord (Basel II) and on how to ensure its effective implementation in the Asia -Pacific region.

2. We recognize the considerable resource requirements that Basel II entails for bank supervisory authorities and banks. This is confirmed by our survey on the regulatory and business environment for risk management practices in the banking sectors of Asia-Pacific Economic Cooperation (APEC) economies, conducted last year in collaboration with the Pacific Economic Cooperation Council (PECC).1 We acknowledge that bank supervisors in a number of Asian emerging markets will not be ready to implement Basel II for several more years.

3. We note, however, the intention of many banks in Asian emerging markets to adopt and develop risk management systems and eventually qualify for the more advanced risk measurement approaches under Basel II. We note the trend on the part of bank supervisors in Asia to move toward risk-based bank supervision in keeping with the spirit of Basel II. We therefore believe that most, if not all, jurisdictions within our region will eventually adopt and implement the new accord.

4. We believe that effective implementation of Basel II by banks and bank supervisors alike will contribute to financial and economic stability in our region. Given its complexity, preparing for the new accord would require closer cooperation between bank regulatory authorities and the banking sector in preparing for the new accord. Given the increasing consolidation of the banking sector and the growing cross-border operations of banks and banking groups within the region, this would also require more cooperation among bank supervisors from different jurisdictions. To achieve these, we suggest the following measures.

6. Cooperation between bank supervisory authorities and the banking sector in preparing for the implementation of Basel II. We also note the close cooperation between bank supervisors and banks in a number of jurisdictions in jointly preparing for the implementation of Basel II. One example is the collaborative development of illustrative timetables outlining all the measures banks need to undertake to meet Basel II requirements for each of the risk measurement approaches bank supervisors intend to offer and how much time would be required to complete each task.3 We believe that such cooperation would be helpful in setting realistic goals and milestones on the part of banks and bank supervisors and identifying problems in advance. 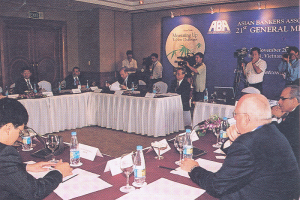 9. Establishing and expanding regional mechanisms and processes for implementing the High Level Principles. We consider it important to establish and expand regional mechanisms and processes for promoting effective exchange of information, practical mutual recognition, the sharing of supervisory results, and agreements on the supervision of banking groups operating in multiple jurisdictions.

11. Support for continued regional cooperation. The ABA welcomes and supports the continued efforts of regional organizations such as APEC, particularly through its Finance Ministers’ Process, the Association of Southeast Asian Nations (ASEAN), the Executives’ Meeting of East Asia Pacific Central Banks (EMEAP) and the South East Asian Central Banks (SEACEN), and of international institutions such as the Asian Development Bank (ADB), the BIS and the World Bank in building the capacity of bank supervisors for the eventual implementation of Basel II.

12. Support for public-private sector partnership. We particularly welcome growing public-private sector partnership in this area, through such mechanisms as the Advisory Group on APEC Financial System Capacity Building that was launched last year at the sidelines of the APEC Finance Ministers’ Meeting in Phuket. We commend the APEC Business Advisory Council (ABAC) and PECC, particularly its Finance Forum, for their leadership in initiating this Advisory Group. We encourage the APEC Finance Ministers, the ADB, the BIS, the World Bank and other relevant institutions to actively support and participate in this forum.

13. Organizing high-level seminars on the implementation of Basel II under the APEC Finance Ministers’ Process. We believe that regional organizations can greatly contribute to promoting cooperation among supervisory authorities and between them and the banking sector in preparation for Basel II. We view APEC, as a grouping with well-developed mechanisms for public-private sector cooperation and that includes systemically significant Asia-Pacific economies, as a natural starting point for these efforts. We therefore encourage the APEC Finance Ministers, in cooperation with the Advisory Group on APEC Financial System Capacity-Building and other regional organizations and institutions, to begin this process by organizing high- level seminars on the implementation of Basel II. We believe that such seminars should focus on (a) methods for collaboration with the banking industry in preparing for Basel II; and (b) issues in applying the High Level Principles for the Cross-Border Implementation of the New Accord. We suggest that bank supervisors, including those from outside the region, share their experiences in working with the banking industry in preparing for Basel II. We suggest the involvement of resource persons from the BIS, the Accord Implementation Group and the banking industry. The ABA is prepared to support and participate in these efforts.

14. The ABA believes that the upcoming implementation of Basel II presents an opportunity to strengthen financial stability through the development of robust risk management practices and region-wide convergence toward best practices in bank supervision. At the same time, we are mindful of the risks arising from faulty and uncoordinated implementation of the new accord. We therefore urge relevant authorities and institutions and the region’s banking sector to undertake serious preparations and cooperate to ensure its effective implementation, especially through the above measures we have proposed.

[1] The Regulatory and Business Environment for Risk Management Practices in the Banking Sectors of APEC Economies. Report of a Collaborative Survey Undertaken by the Pacific Economic Cooperation Council (PECC) Finance Forum, the Asian Bankers Association (ABA) and the Chinese Taipei Pacific Economic Cooperation Committee (CTPECC). Special Issue of the Journal of Banking & Finance, Volume XVIII, No. 2, 2003.

[2] In the USA, an Advanced Notice of Proposed Rulemaking (ANPR) was published for comments by financial institutions. In the United Kingdom, the Financial Services Authority (FSA) has published its thinking on the implementation of Basel II and the Risk-Based Capital Directive (RBCD) in July 2002 and subsequent consultation papers giving more details, to seek comments from deposit-taking institutions and relevant investment firms. The European Union published the Commission Services Working Document on the Review of Capital Requirements for Banks and Investment Firms for comment by the industry. In a number of other jurisdictions, including several in the Asia-Pacific region, bank supervisors have communicated to banks, such as through letters to the top management of banks, their position regarding the implementation of Basel II.

[3] This example is based on the illustrative timetable developed by the U.K. Financial Services Authority with banking industry input. The timetable is intended not as a requirement, but only as a useful guide for firms. It can be found at the FSA website at http://www.fsa.gov.uk/international/basel_timetable.html.

[4] Basel Committee on Banking Supervision, High level principles for the cross -border implementation of the New Accord, Basel, Bank for International Settlements, August 2003.