ABA Position Paper on Comments on the New Basel Capital Accord 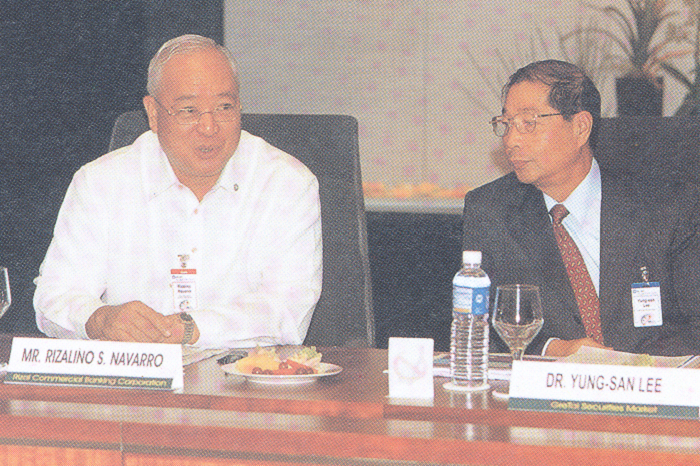 The Asian Bankers’ Association (ABA) supports the Basel Committee’s efforts in formulating a new capital accord that improves on various aspects of the 1988 accord. We especially support its principal objective, which we understand to be the achievement of a sounder and safer banking system through better risk management. We appreciate the Basel Committee’s efforts to take the views of the banking industry into consideration in its work, and note that the third consultative paper already reflects many of the concerns that the industry has shared with the Committee since the circulation of the first consultative paper.

Although the 1988 accord was intended primarily for internationally active banks in G-10 economies, it was eventually adopted for broader application worldwide. We anticipate that the new accord will likewise be widely implemented beyond the G-10 and in most jurisdictions within Asia. Consequently, it is our concern that the new accord also reflect fundamental realities in our region, specifically the significant role of real estate in bank lending (particularly to small and medium enterprises) and the situation of banks in rapidly evolving emerging markets, which differ from those in the long-established and mature G-10 markets.

It is therefore our view that some modifications to the current draft are indispensable for ensuring the accord’s effectiveness and the success of its implementation. We hereby express our concerns with respect to certain issues arising from the current draft and urge the Basel Committee to consider these recommendations. Our concerns focus on a few key areas in so far as they have a broad significant impact throughout our region: operational risk, the treatment of real estate under the standardized and internal ratings based approaches to credit risk, risk weights under these approaches and the supervisory review process or Pillar 2. In addition, we also offer some suggestions on other specific areas.

We recognize that the development of the framework for calculating operational risk has not yet reached a level where most banks are confident that operational risks are accurately captured in the most satisfactory way possible at this point. Some of our member banks have expressed doubts about the suitability of using gross income to quantify operational risk. Others have pointed to significant regional differences in operating scenarios that would render the application of the á and â factors, given the values assigned to them in the basic indicator and standardized approaches, irrelevant or inaccurate in certain jurisdictions.

We assume that, as drafted in CP3, the inclusion of a measure of operational risk in the denominator of banks’ capital ratio would increase capital requirements for many banks in the region’s emerging markets and burden them more heavily than their counterparts in mature markets. While the new accord contains incentives for banks to adopt the Advanced Measurement Approach (AMA), including the recognition of the risk mitigating impact of insurance, the AMA remains too complex and expensive for most banks in developing economies to adopt, in view of the quantitative and qualitative requirements for the use of sophisticated regulatory capital options. We therefore believe that further development of the framework for calculating operational risk should ensure that the costs of qualifying for the AMA do not become a disincentive to invest in more advanced operational risk management systems.

Consequently, we suggest further work by the Basel Committee on this issue. While some of our member banks have suggested that operational risk be handled under Pillar 2 instead of Pillar 1 until ways to measure it are found that benefit from extensive confidence in their accuracy and relevance in most, if not all jurisdictions, we could also agree to its continued treatment as part of Pillar 1 (subject to further development), with the following modifications: 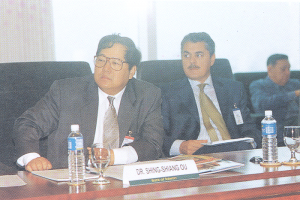 Most banks in Asia have a high concentration of mortgage loans and welcome the expansion of eligible collateral to include residential and commercial real estate (RRE and CRE) in CP3. We see the new accord favoring the adoption of the IRB approach in our region, as a wider list of eligible collateral for credit risk mitigation is available under this approach compared to the standardized approach.

However, a wider recognition of real estate in both the standardized and IRB approaches to credit risk measurement remains important. Limiting the role of real estate as eligible collateral for credit risk mitigation will pose very difficult problems for banks in a number of jurisdictions within Asia, where land and buildings make up the greater part of collateral and real estate lending accounts for the majority of certain banks’ portfolio. More significantly, this issue is of special relevance to small and medium enterprises, as lending to this segment is frequently collateralized by real estate throughout most of the region. We continue therefore to urge such wider recognition of real estate, which could be achieved through the following:

Under the standardized approach,

Under the IRB approach,

We propose the following modifications in line with practices and conditions in our region:

Under the standardized approach,

Under the IRB approach,

In addition to the above, we would like to share our member banks’s views on other specific issues concerning Pillar 1. We invite the Basel Committee to consider the following: 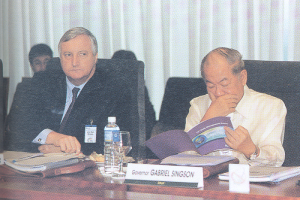 We are conscious of the important role that supervisory authorities will have to play in ensuring the successful implementation of the new accord. Specifically, we believe that greater consideration should be given to how the supervisory review process could be harnessed to address the following issues:

In addition, we remain concerned about the possible impact of national discretion on areas such as recognition of additional eligible collateral on competitive equality among jurisdictions. Developing detailed guidelines for supervisory authorities in the exercise of discretion may be considered, in order to ensure a level playing field.

There are also a number of issues where greater clarity is needed, and more detailed explanations in the text of new accord or relevant annexes would be useful. Among these are the following:

In forwarding the above views and recommendations to the Basel Committee, the Asian Bankers’ Association wishes to contribute to the formulation of an accord that can be effectively implemented across jurisdictions, taking into account current conditions in both developed and emerging markets. We hope that these views and recommendations would be taken into consideration in finalizing the new capital accord, and look forward to continued interaction with the Basel Committee in the future.