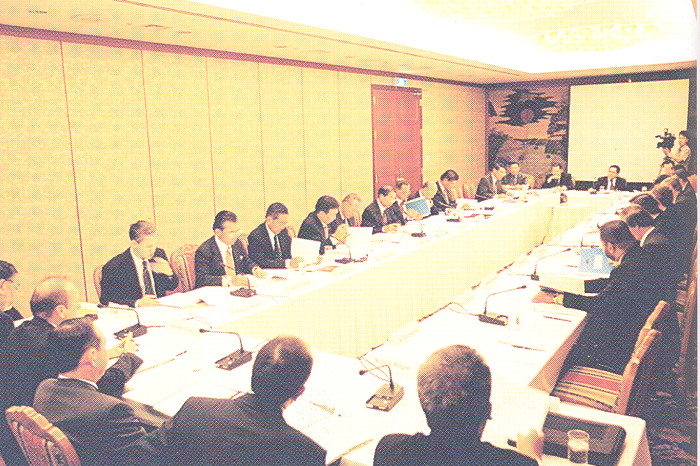 1. The Asian Bankers’ Association (ABA) wishes to express its concern regarding the urgent need to undertake necessary steps in preparing the region’s economies for the implementation of the new Basel Capital Accord. We wish to communicate this to the Finance Ministers of the Asia-Pacific Economic Cooperation (APEC) forum, the Asian Development Bank and financial regulatory and supervisory authorities throughout Asia.

2. We believe that the new capital accord is a central element in bank supervision that will facilitate the development of a sounder and safer global banking system. It takes on special importance in the light of recent episodes of financial instability, which have resulted in serious damage to economic growth in the region.

3. We hold the view that the adoption of the new accord requires extensive preparation on the part of supervisory authorities, significant legal and regulatory changes, and greater international cooperation. We believe that immediate preparatory measures are required to ensure the successful implementation of the new accord.

4. Specifically, we expect the adoption of the new accord to result in the following challenges to authorities throughout the region:

a) As good supervision is a necessary requirement for the effective implementation of the new accord, additional resources need to be devoted to attain a significant upgrading of expertise and skills among staff of supervisory authorities, especially those in emerging markets. Much work is also required in amending banking legislation and further developing supervisory policies and guidelines in many jurisdictions.

b) There is a need to address problems of comparability of practices across jurisdictions. It is important that the discretion allowed national supervisors to implement the new accord is based on similar standards. Applying the new accord to international banking groups on a consolidated basis across different jurisdictions would require the adoption of consistent approaches for calculating capital charge. 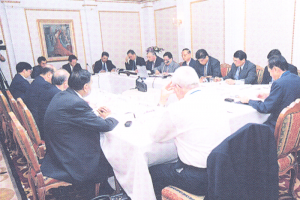 5. We believe that there remains a wide scope for international cooperation in addressing these issues. We urge APEC Leaders and Finance Ministers, the Asian Development Bank and financial regulatory and supervisory authorities throughout the region to undertake the necessary steps, which must include the following:

a) Training for staff of supervisory authorities.

b) Promoting the development of infrastructure for data collection and credit rating systems in Emerging markets in the region.

c) Promoting best practices and convergence in approaches among supervisors in such areas as applying consolidation to international banking groups, assessment of external credit assessment institutions, and methodologies of validating IRB approaches.

d) Development of model supervisory guidelines to help domestic authorities undertake the necessary changes to comply with the requirements of the new accord.

Other useful steps that may be considered are the following:

a) Development of guiding principles for the exercise of national discretion.

b) Development of model banking legislation to comply with the requirements of the new accord.

6. In submitting the above views and recommendations, the ABA wishes to help ensure the soundness and strength of banking systems throughout the region, as well as greater financial stability. We hope that these views and recommendations would be taken into consideration, and look forward to continued interaction with APEC, the ADB and Asia’s financial regulatory and supervisory authorities in the future.

[ß] Issued on May 15, 2002 and submitted to the APEC Finance Ministers, Asian Development Bank and other bank regulatory authorities in Asia.

The survey, which was conducted in March 2002, elicited responses from 11 bank supervisory authorities in 10 member economies of the Asia-Pacific Economic Cooperation (APEC) forum.1 The survey results are as follows:

* Development of infrastructure for data collection;

* Coordination among supervisory authorities in developing consistent approaches to implement the new capital accord; and

Other areas of cooperation judged appropriate by a number of supervisors are the following:

* Development of guiding principles to delimit the scope of national discretion; and

* Development of model banking legislation to comply with the new accord.

Do you think there is a need to further develop the capacity of bank supervisory authorities in the Asia-Pacific region to implement the proposed new Basel Capital Accord with sufficient effectiveness? 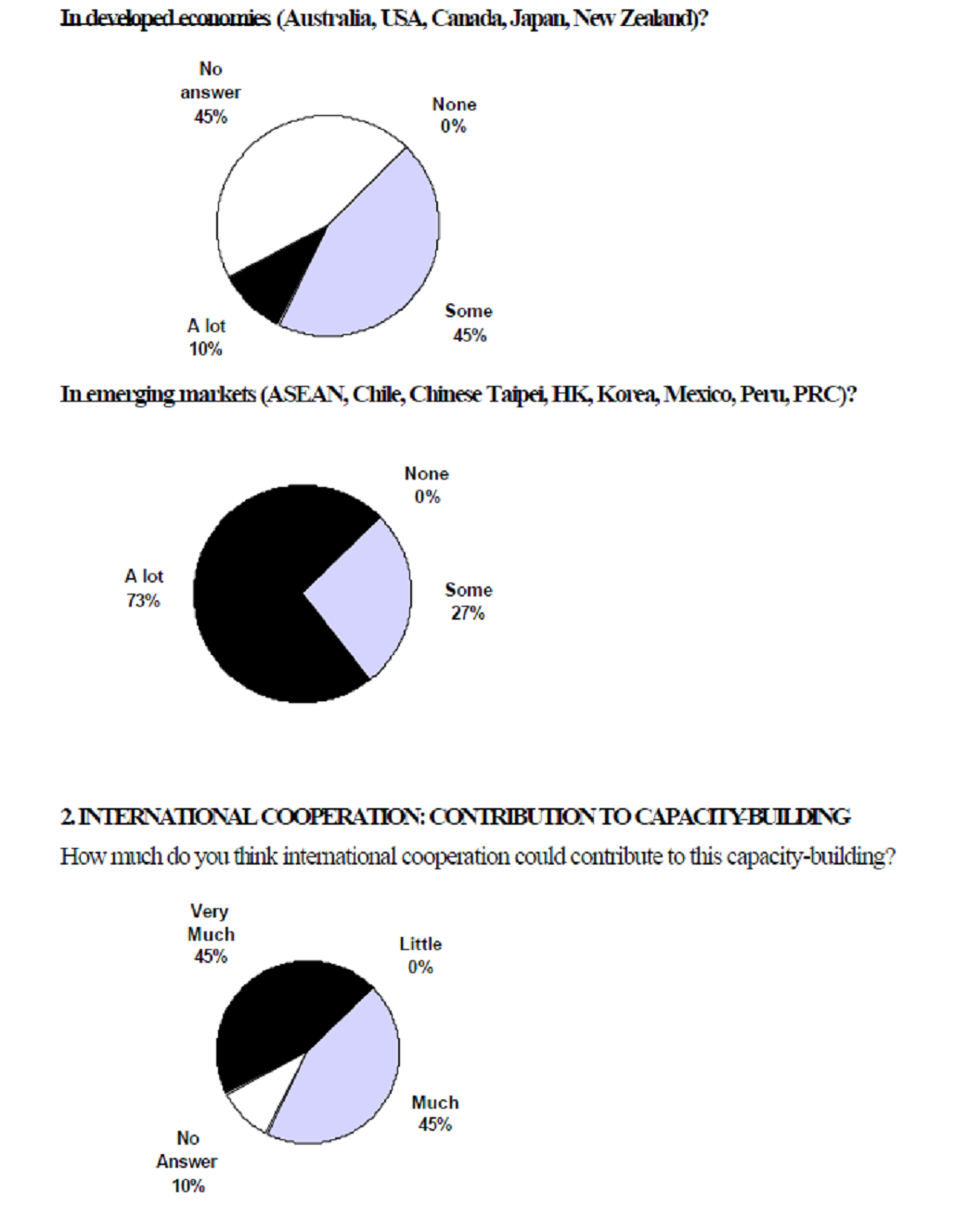 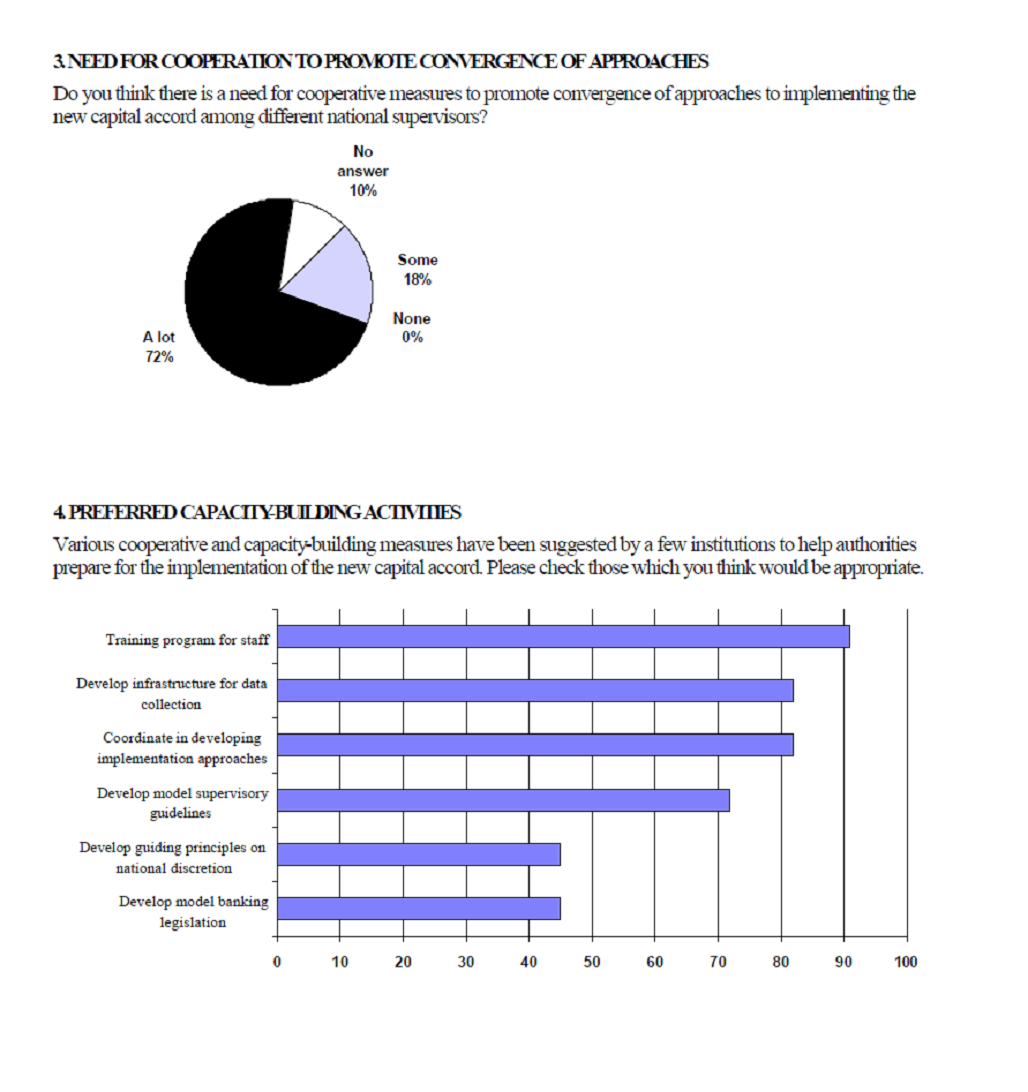