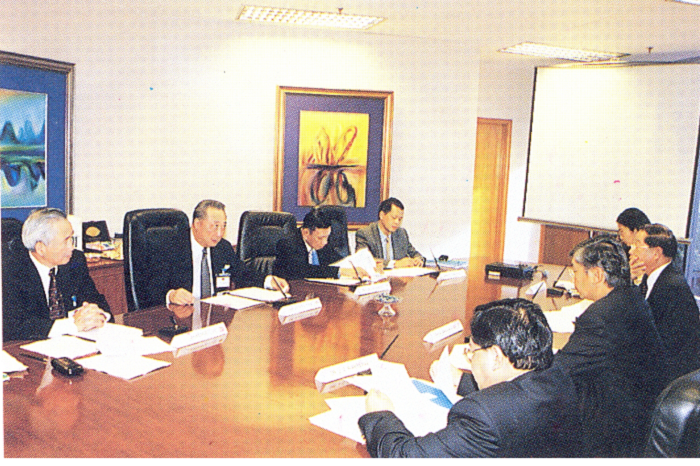 1. The Asian Bankers’ Association (ABA) recognizes the need for a new capital adequacy framework to replace the 1988 Accord. Wide-ranging innovations in finance over the last decade have significantly eroded the current framework’s effectiveness in promoting the soundness of financial systems. Furthermore, recent studies and experiences have shown that the 1988 Accord could be improved in certain areas.

2. The ABA agrees with the Basel Committee’s view that a new capital adequacy framework must rest on the three pillars of (a) minimum capital requirements, (b) supervisory review of capital adequacy, and (c) market discipline. We believe that, of these three pillars, market discipline represents the most fundamental means through which safety and soundness in banks and financial systems can be achieved. It is therefore important for the revised framework to ensure that the integrity of market mechanisms is preserved and promoted.

3. The ABA notes that the Basel Committee has considered three approaches in setting regulatory capital requirements: the standardized approach, the internal ratings-based approach, and an approach using portfolio credit risk models. We note that the proposed standardized approach places greater reliance on external credit assessments. While acknowledging the important role that credit rating agencies play, we would like to point out the disadvantages of excessive reliance on credit ratings in determining the capital requirements for bank loans, which are as follows:

a. Inadequate capabilities. We believe that credit rating agencies cannot be expected to be able to adequately evaluate the creditworthiness of so many companies across countries on an ongoing basis. The recent financial crisis has amply demonstrated the limitations of credit rating agencies in assessing the creditworthiness of Asian governments and companies. We therefore have no ground to believe that these agencies could do a better job than banks in this regard.

b. Undermining market mechanisms. Under current practice, it is in the bank’s best interests to fairly assess a company’s underlying risk. Underestimation of such risk leads to bad loans; overestimation to loss of market share. In this case, market discipline ensures the quality of credit assessment on bank loans. The new proposal would undermine market discipline in that it would result in banks’ lending policies to be directed by credit rating agencies, without the benefit of mechanisms for these agencies to bear the costs of their own mistakes. Should credit rating agencies take an overly conservative stance to avoid criticism for loan defaults, this arrangement would make banks avoid risks altogether, leading to reduced efficiency within the banking sector.

c. Undermining banks’ financial intermediary role. The proposed scheme would have a discriminatory effect on banks vis-a-vis bond markets. While bond investors retain the freedom to consider the relevance of credit ratings in investment decisions, banks would be required to assign capital to loans according to the corresponding credit rating, even if it knows that the credit rating has overstated the company’s underlying risk. This inflexibility limits banks’ ability to extend credits to companies that do not have high credit ratings. Eventually, this could create a two-tier market, composed of those with high credit ratings and those with low or no credit ratings. As banks’ funds would be concentrated on the former, the latter would encounter difficulties in raising funds from banks. 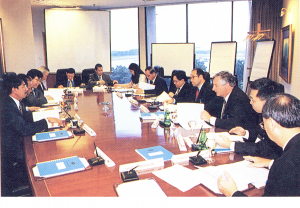 4. The ABA also wishes to submit the following comments related to the use of external credit assessments:

a. Acceptance of credit rating in Asia is currently very limited, especially with small and medium enterprises making up the great majority of Asia’s firms. We believe that the revision of the current Accord should take this characteristic of the industrial structure in Asian economies into account.

b. We believe that the proposal to give a credit risk weighting of 100 to entities without credit ratings, while giving a 150weighting to low-rated entities will discourage the acceptance of ratings and increase the risk of moral hazard.

c. The Basel Committee has proposed two alternatives linked to credit rating for measuring risk weight of banks, the first being based on rating by an external credit assessment institution, and the second being based on the rating assigned to the sovereign in which the bank is incorporated, whereby the risk weight for a firm would be one category higher. We believe that the second approach is superior to the first, as it avoids penalizing smaller, but higher-quality, banks which have opted not to seek and pay for ratings, and reduces the operational burden of determining which weight to apply to an individual bank.

d. The Basel Committee has suggested that supervisors be allowed to use national discretion in recognizing eligible external credit assessment institutions. We believe that such an arrangement, with every supervisor using different criteria, would reduce the quality of rating agencies, indirectly affect the evaluation of capital adequacy, and distort fair competition.

e. In the case of several credit rating agencies producing different rating results for the same bank, we suggest that the regulatory capital charge be allocated on the basis of the best available recognized rating.

5. The ABA believes that the use of internal credit ratings in determining capital charge is a significant step in the right direction, encouraging banks to develop sound credit risk measurement techniques. We note the Basel Committee’s concern about the lack of homogeneity among the rating systems at different banks, which would lead to non-comparability across institutions and countries. In order to mitigate this concern, we would like to propose the following:

a. The Committee should set the minimum standards or guiding principles for compliance by banks wishing to adopt their internal credit risk measurement system for purposes of computing the capital charge. These standards should specify the conditions for recognition of sophisticated credit risk mitigation techniques, such as netting arrangement and credit derivatives hedges.

b. Supervisory authorities of internationally active banks should have the capability to undertake the necessary quality assurance checks to ensure the soundness and effectiveness of internal models being used. In this way, internationally active banks’ capital standing can be assessed on the basis of a more accurate risk measure (derived from non-uniform systems meeting certain basic requirements) rather than a uniform risk measure derived from an inaccurate broad-brush approach.

We believe that this would preserve the simplicity of the standardized approach. Smaller and less sophisticated banks can opt to adopt the simple approach. Larger banks willing to pursue more sophisticated risk measures will be rewarded with a more accurate and less punitive capital charge.

6. The ABA believes that risks arising from concentration of assets by country, industry, or borrower – particularly in the case of smaller regional banks relying on a single economy and vulnerable to adverse changes in local economic conditions – are not adequately addressed in the revised framework being proposed.

7. The ABA supports the Basel Committee’s position that supervisors should focus on ensuring that banks develop their internal capital assessment processes and risk management systems, and adopt proven international standards. We believe that by focusing more on these systemic issues rather than on individual transactions of banks, the supervisory process would contribute more effectively to promote sound financial systems.

8. The ABA believes that the timetable for implementation of a revised Accord should provide for an adequate transition period and sufficient flexibility to allow banks and local regulatory bodies to make the needed adjustments towards adopting the Accord.