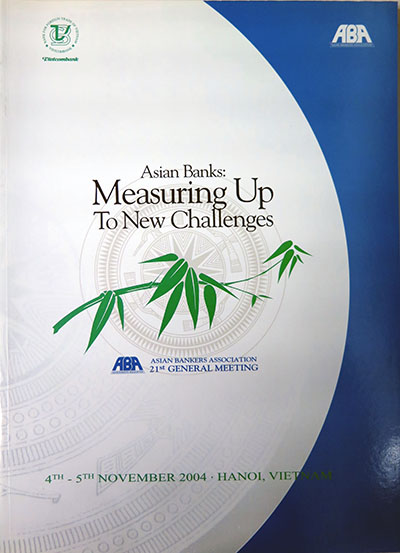 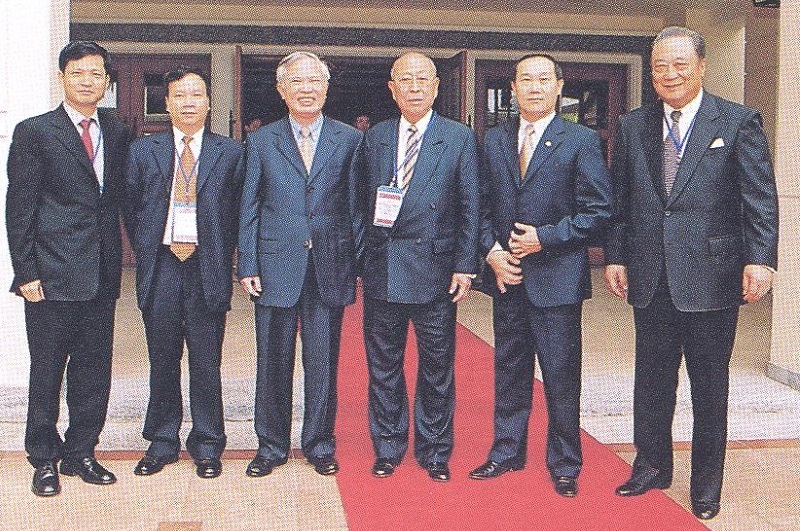 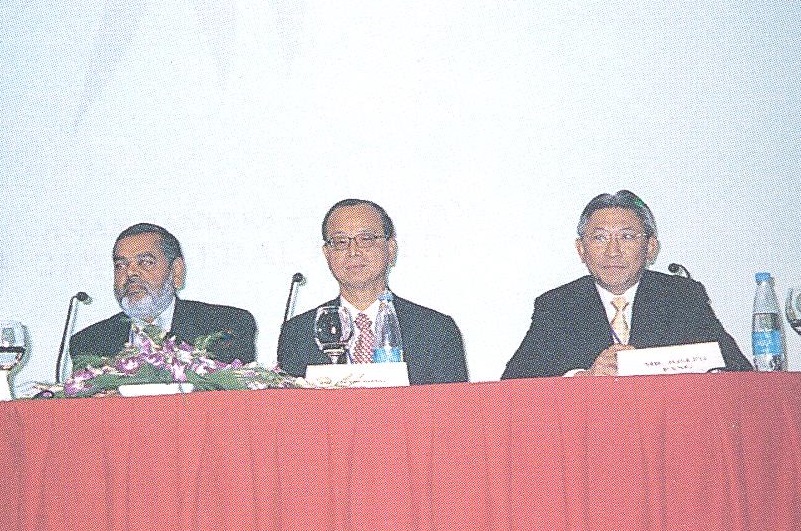 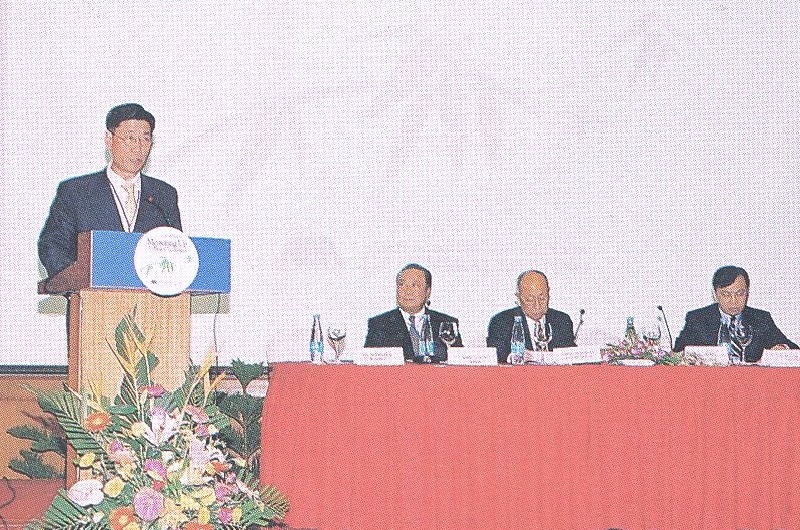 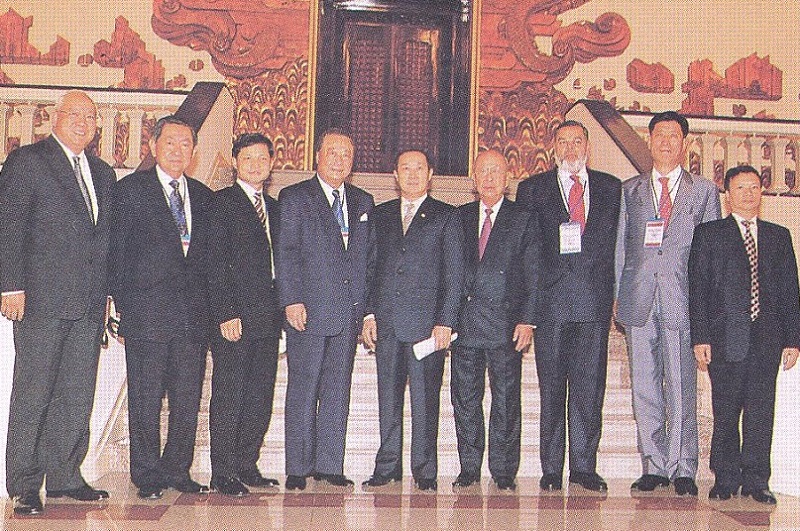 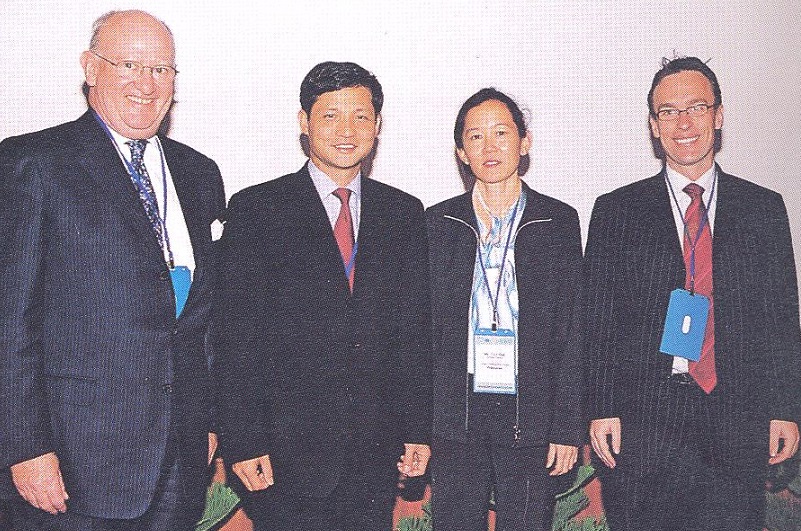 1. The 21st ABA General Meeting and Seminar was held on 4-5 November 2004 at the Sheraton Hotel in Hanoi, Vietnam. Over 220 high-ranking executives, banking experts, and government officials from 24 countries attended the two-day meeting.

2. Hosted by The Bank for Foreign Trade of Vietnam (Vietcombank), this year’s gathering focused on the theme ”Asian Banks: Measuring Up to New Challenges.” Eminent speakers shared their views on how bankers in the region could effectively address the various challenges arising from the continued globalization of markets.

3. The 34th and 35th Board of Directors’ Meetings were also held in conjunction with this year’s annual meeting. The ABA Board discussed internal policy matters, reviewed the status of the various ongoing ABA projects and programs, elected new officers and members of the Board who would serve for the tern1 2005-2006 and approved the framework for the ABA Work Program for the next two years.

4. Key officers of the ABA led by Ambassador Alfonso T. Yuchengco and Dr. Jeffrey L. S. Koo also had the opportunity to call on Prime Minister Phan Van Khai and on Governor Dr. Le Due Thuy of the State Bank of Vietnam. 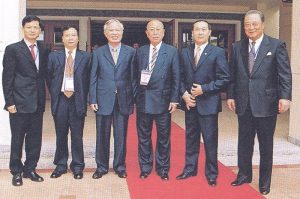 7. The Deputy Prime Minister of Vietnam, His Excellency Mr. Vu Khoan, in his Keynote Speech said that the State Bank of Vietnam, under the direction of the Government, has been implementing a comprehensive reforn1 program for the commercial banking system, with a view to building a strong and sustainable banking and finance industry based on international standards , capable of competing successfully in the process of global integration. He noted that the reform and restructuring program of the Vietnamese banking sector has started paying initial dividends and is now being continued in more advanced breadth and depth. The full text of Mr. Vu’s Keynote Address is attached as Annex 3.

8. ABA Founder and Chairman Emeritus Dr. Jeffrey L. S. Koo, in his response to the remarks of the Deputy Prime Minister, said that one big challenge that Asian countries are facing today is regional integration. This involves not only the integration of trade but also the creation of regional financial markets that are deep and liquid, strong and stable and based on global best practices. Dr. Koo said the ABA is committed to the strengthening and integration of Asia’s financial markets, and willing to work with the government of Vietnam in this undertaking. The full text of Dr. Koo’s response is attached as Annex 4.

9. ABA Chairman Ambassador Alfonso T. Yuchengco in his Opening Statement said that Asian banks need to sharpen their edge especially in terms of sounder risk management, better corporate governance and comprehensive strategies in response to competition. These measures are needed by the financial sector to meet the challenges brought about by the globalization of markets. Ambassador Yuchengco also called on governments to pursue  further reforms to create a more favorable environment for the growth of financial services. The full text · of Ambassador Yuchengco’s Opening Statement is attached as Annex 5.

10. Vietcombank Chief Executive Officer Dr. Vu Viet Noan in his Welcome Remarks said the Bank was privileged to host the Hanoi event, the first time that an annual meeting of the ABA was held in Vietnam. The full text of Dr. Ngoan’s Welcome Remarks is attached as Annex 6.

11. The seminar was divided into four sessions, with the following topics, speakers and commentators:

12. Mr. Shinichi Yoshikuni, Chief Representative, Representative Office for Asia and the Pacific of the Bank for International Settlements, spoke on recent developments with regard to the Basel 2 Accord during the seminar lunch break. He briefed the delegates on how the new risk-based international accord has been shaping up since last year and what its implications are for their businesses and the approaches they should adopt to the measurement of their credit and operational risks, among others.

34TH ABA BOARD OF DIRECTORS’ MEETING

13. The Outgoing ABA Board of Directors under Chairman Ambassador Alfonso T. Yuchengco convened the 34th Board Meeting in the afternoon of 4 November. Among others, the Board:

35th BOARD OF DIRECTORS’ MEETING

15. The newly-elected members of the Board held the 35th Board of Directors meeting on 5 November. Among others, the new Board:

*second offering of the short-term visiting program on risk management and Basel 2 by the Australian APEC Study Centre in Melbourne on I 0- 15 April 2005; and

17. ABA officers led by newly-installed Chairman Mr. Dong-Soo Choi, along with Chief Executive Officer Dr. Vu Viet Ngoan of Vietcombank, joined the panel that responded to the questions fielded by the media people during the Press Conference held at the end of the meeting and seminar. A total of 47 press people – both local and foreign – attended the Press Conference. A copy of the Press Release issued by the ABA and distributed to the press people is attached as Annex 10.