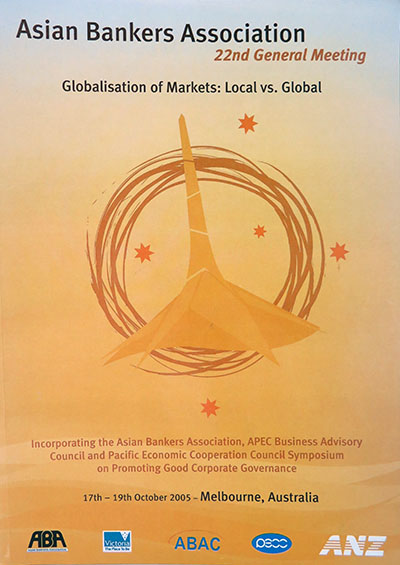 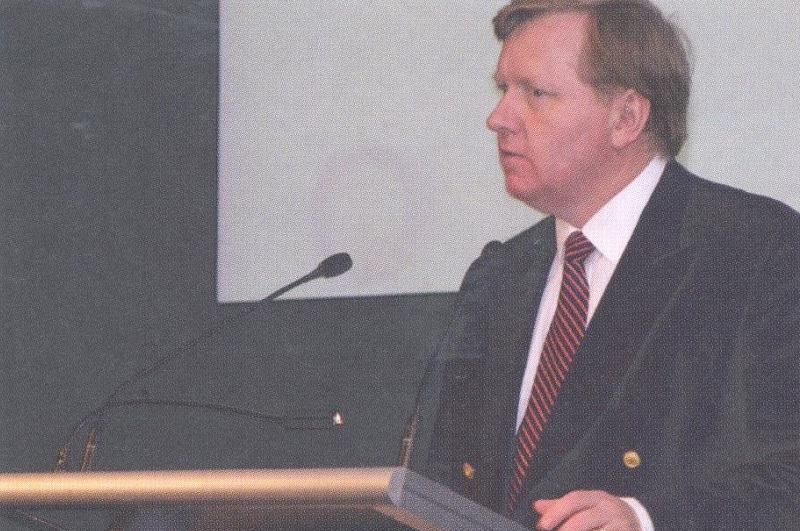 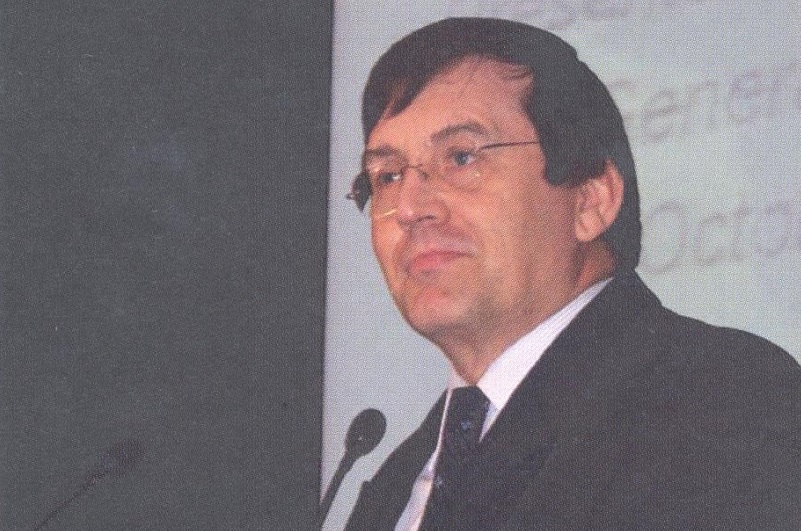 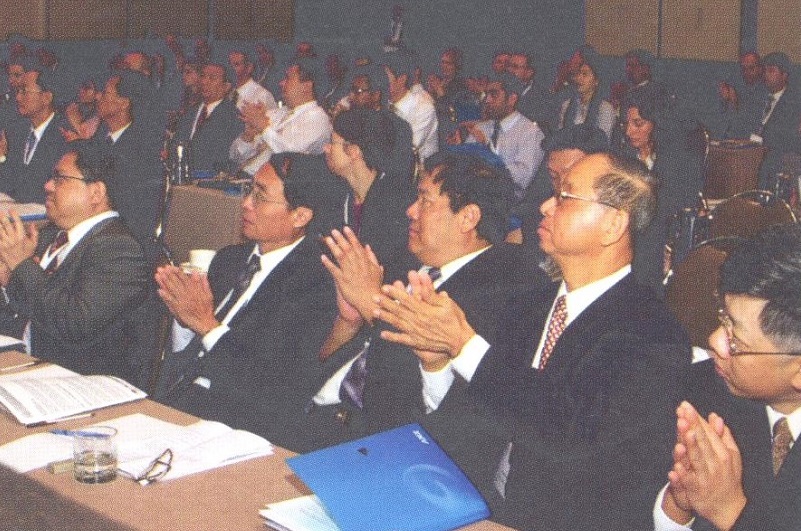 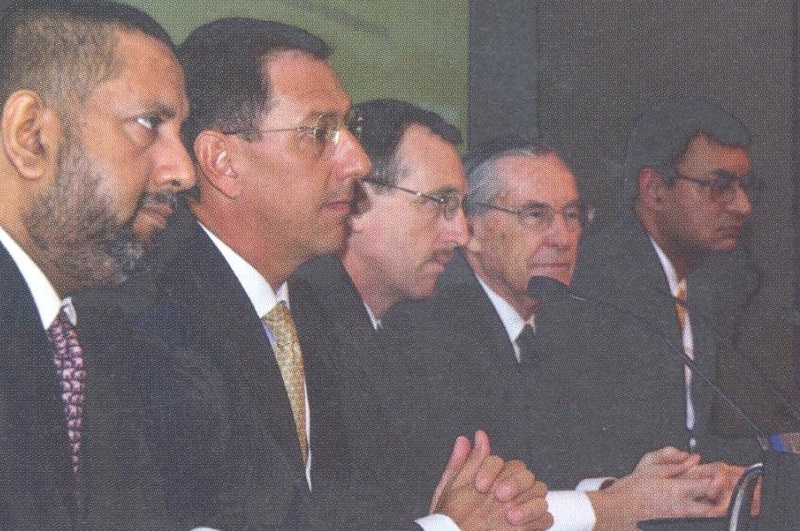 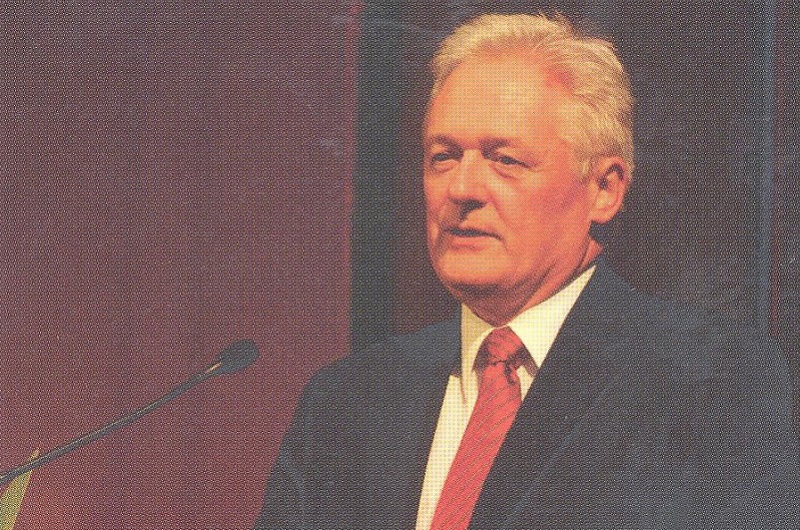 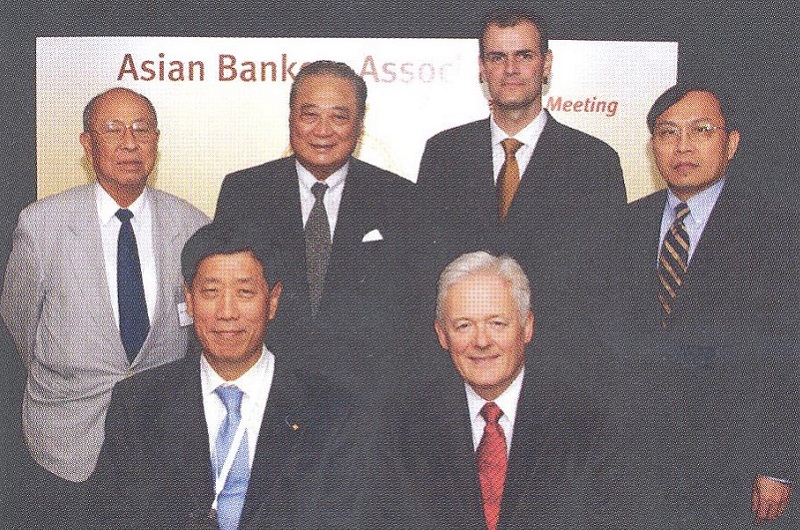 1. The 22nd ABA General Meeting and Seminar was held on 17-18 October 2005 at the Crown Promenade Hotel in Melbourne, Australia. Some 120 high-ranking executives, banking experts, and government officials from 18 countries attended the two-day meeting.

2. Hosted by the ANZ Bank, this year’s gathering focused on the theme ”Asian Banks: Measuring Up to New Challenges.” Eminent speakers shared their views on current developments in the world financial markets and their impact on the global and local players in the region’s financial and banking industry.

3. The 36th Board of Directors’ Meetings was also held in conjunction with this year’s annual meeting. The ABA Board discussed policy matters and reviewed the status of the various ongoing ABA projects and programs.

4. The ABA also co-organized with the APEC Business Advisory Council (ABAC) and the Pacific Economic Cooperation Council (PECC) a symposium on corporate governance on 19 October 2005. Entitled ”Promoting Good Corporate Governance and Transparency in APEC Financial Institutions,” The ANZ Bank helped in promoting and in administering the symposium and sponsorship support was provided by the Australian APEC Study Centre, the Australian Institute of Securities Finance and Banking and by the Monash University Graduate School of Business 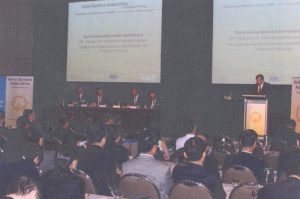 5. The Honorable Andre Haermeyer, MP, Minister for Manufacturing and Export, Minister for Small Business, and Minister for Financial Services gave the official Welcome Remarks during the Opening Ceremony of the seminar. Professor Ian Harper, executive Director, Centre for Business and Public Policy, Melbourne Business School, was the Keynote Speaker.

6. The seminar was divided into two major sessions, with the following topics, speakers and commentators:

36TH ABA BOARD OF DIRECTORS’ MEETING

13. ABA Chairman Mr. Dong-Soo Choi convened the 36th Board Meeting in the afternoon of 17 October 2005. Among others, the Board:

* That the ABA add more names to its membership roster by focusing its recruitment efforts on both the traditional and non­traditional sources of member applicants, including the following: in Asian countries where there are currently no members at all, particularly China in Asian countries where there are only few members, particularly Japan, India, Malaysia.

* That the ABA continue to pursue its important work in the area of policy advocacy, particularly in regional bond market development, as well as in providing training and other capacity building programs for members

14. The 22nd General Meeting Proper held on 18 October and presided by ABA Chairman Mr. Dong-Soo Choi approved the Chairman’s Report, which summarized the activities undertaken by the ABA over the past year in the area of policy advocacy, training programs for members, membership drive, relationship with other regional bankers groups, and participation in other regional events. 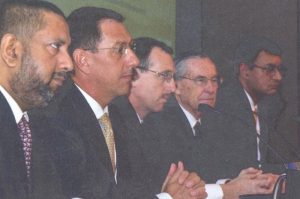 15. The symposium, sponsored by ABAC, ABA and PECC was held on 19 October 2005 in conjunction with the ABA’s 22nd Annual Meeting in Melbourne. Around 90 people attended including banking representatives from the Asia Pacific Region, senior financial system regulators, senior representatives of regional and international financial institutions, representatives of industry and professional associations and institutes and academics and post graduate stude11ts from Australian universities.

16. Among the conclusions of the Symposium were the following:

17. The symposium came up with the following recommendations, among others: