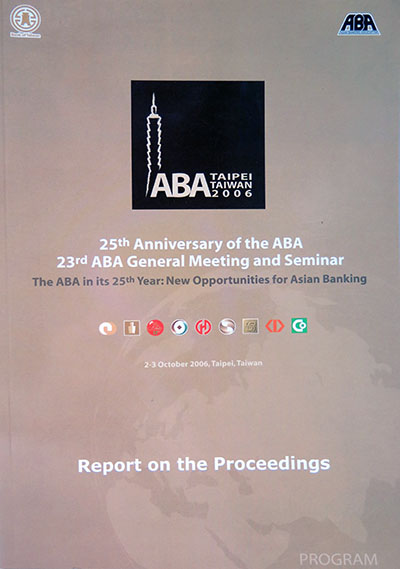 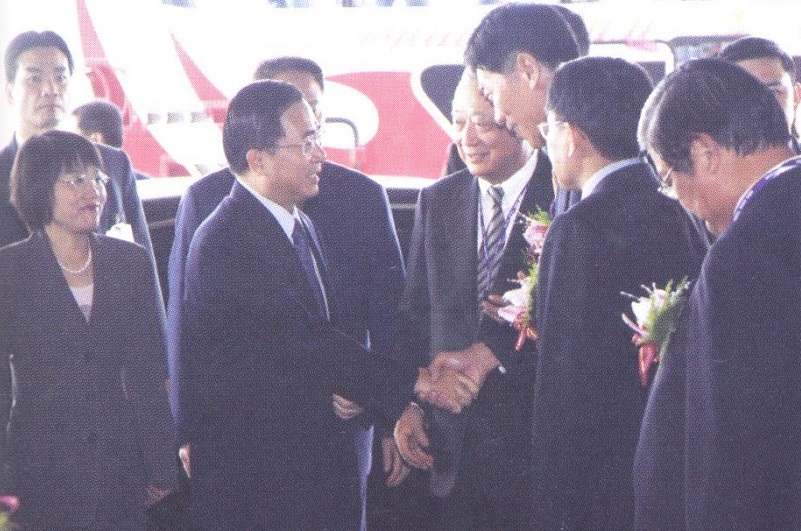 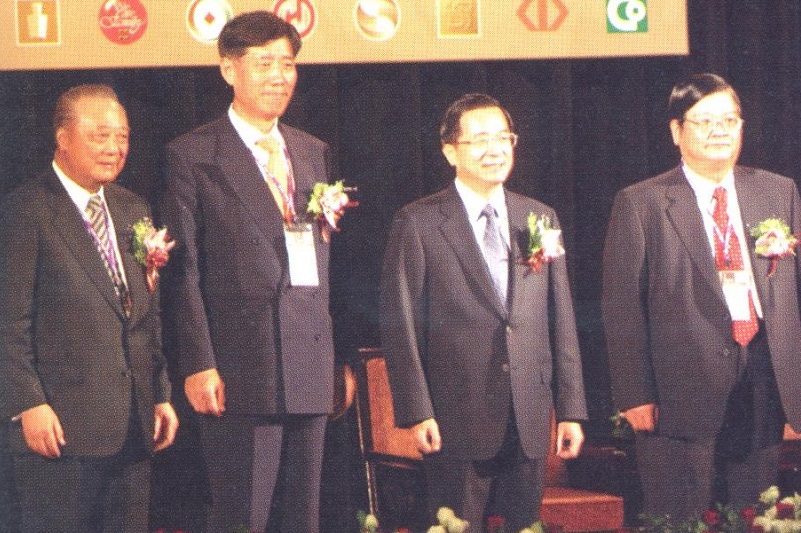 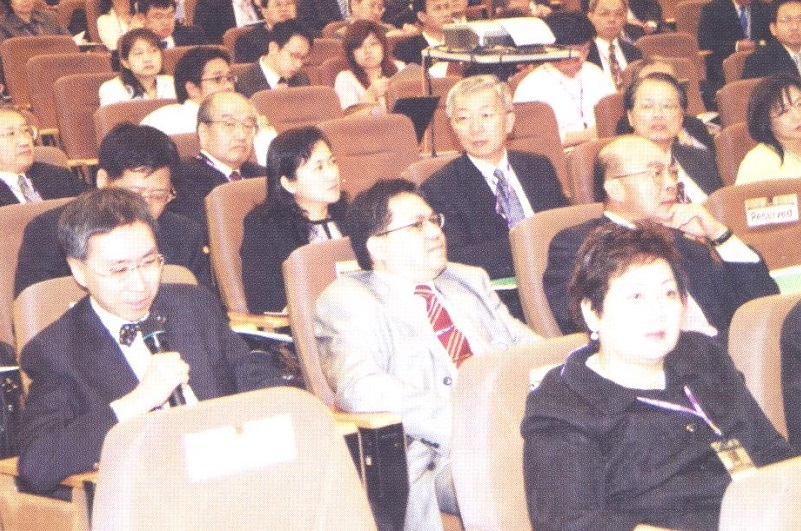 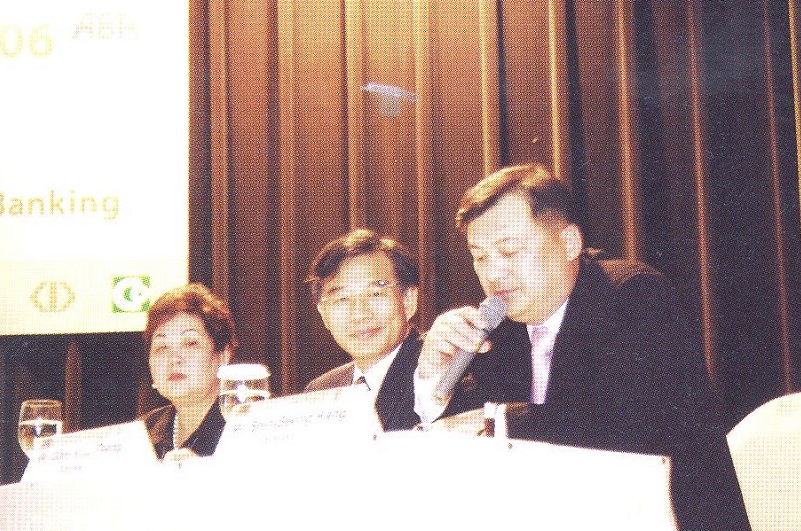 The ABA in its 25th Year: New Opportunities for Asian Banking

1. The 23rd ABA General Meeting and Seminar was held on 2-3 October 2006 at the Grand Hotel in Taipei, Taiwan. Over 220 high-ranking bank executives, banking experts, government officials, and bank regulators from 20 countries attended the two-day meeting.

2. Hosted by The Bank of Taiwan, this year’s gathering, which also marked the 25th Anniversary of the Association, focused on the theme ”The ABA in its 25th Year: New Opportunities for Asian Banking.” Eminent speakers shared their views on the new challenges and opportunities faced by Asian bankers amidst the continued advance of globalization and the intensifying competition for markets.

3. The 37th and 3gth Board of Directors’ Meetings were also held in conjunction with this year’s annual meeting. The ABA Board discussed internal policy matters, reviewed the status of the various ongoing ABA projects and programs, elected new officers and members of the Board who would serve for the term 2006-2008 and approved the framework for the ABA Work Program for the next two years.

4. His Excellency President Chen Shui-bian of the Republic of China, delivered the Inaugural Address during the Opening Ceremony. In his Address, President Chen 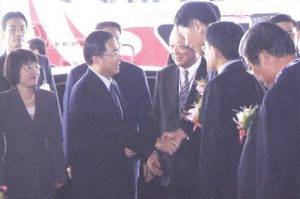 underscored the need for a stable and efficient financial system in order for any country to achieve economic growth. He outlined the various measures contained in the financial package for the first-phase three-year (2007-2009) stimulation plan which is aimed at building a diversified, internationalized, stable and reliable financial market and develop the financial services sector, and called on bankers from all over Asia to play a part in carrying out these plans. The full text of President Chen’s Inaugural Address is attached as Annex 1.

4. The seminar, which carried the theme ”The ABA in its 25th Year: New Opportunities for Asian Banking,” was divided into four sessions

6. A Special Session was also held that focused on two important topics, both of were aimed at helping explain how and why the so-called Taiwan’s economic miracle happened. The distinguished speakers came from the leading organizations in Taiwan that have played vital roles in the transformation of the island’s economy from an agriculture­ based model of the 1950s to an industrial one that it is today. Dr. Johnsee Lee, President of the Industrial Technology Research Institute or ITRI, the largest industrial technology R&D organization in Taiwan, talked on the topic ”Technology R&D: A Strategic Approach to Taiwan’s Economic Development.” Ms. May Hsia, Project Manager, Investment Services Division, Science Park Administration, addressed the topic ”The Development and Outlook of Taiwan’s Science Parks.”

37TH ABA BOARD OF DIRECTORS’ MEETING

7. The Outgoing ABA Board of Directors under Chairman Dong-Soo Choi convened the 37th Board Meeting in the afternoon of October 2. Among others:

Approved the Chairman’s Report, which summarized the activities undertaken by the ABA over the past year in the area of policy advocacy, training programs for members, membership drive, relationship with other regional bankers groups, and participation in other regional events.

Ratified the election of the following as members of the ABA Board of Directors for 2006-2008:

38th BOARD OF DIRECTORS’ MEETING

9. The newly-elected members of the Board held the 38th Board of Directors meeting on 3 October. Among others, the new Board:

10. Outgoing Chairman Mr. Dong-Sao Choi and Chairman Emeritus Dr. Jeffrey L. S. Koo headed the panel that responded to the questions fielded by the media people during the Press Conference held on the afternoon of October 3. A copy of the Press Release issued by the ABA and distributed to the press people at the Press Conference is attached as Annex 2.

11. The ABA took the occasion to sign a Memorandum of Understanding (MOU) with the Mongolian Bankers Association (MBA) identifying possible areas of cooperation between the two organizations. The MOU was signed by ABA Outgoing Chairman Mr. Dong-Soo Choi and MBA President Mr. Saintsogt Chimid.

13. Premier Su Tseng Chang of the Republic of China was the Special Guest of Honor at the Farewell Dinner. In his remarks to the delegates, Premier Su outlined some of the financial reforms undertaken by Taiwan over the past few years as part of the effort to boost the island ‘s national competitiveness. He stressed that the Taiwanese government is dedicated to fostering an investment environment that is conducive to the growth and development of the financial industry. The full text of Premier Su’s remarks is attached as Annex 3.

14. To help commemorate the 25th Anniversary of the Association, the ABA presented Golden Medallion to members who have attended ABA meetings for more than 10 times over the past 25 years. The awardees included the following: