Can Europe Build a Single Capital Market out of the COVID crisis? 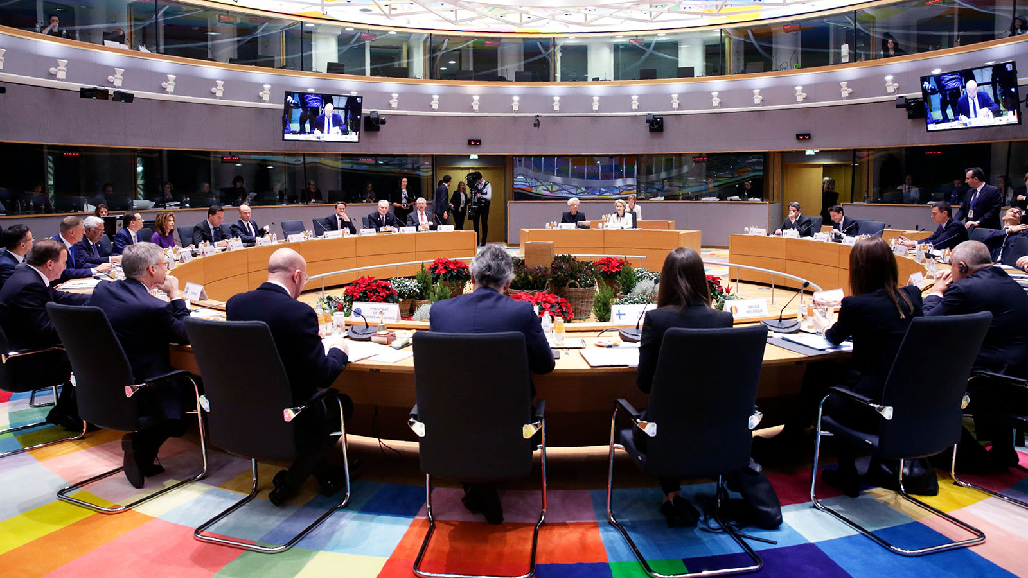 European Council members attend a summit in Brussels, December 2019 – the last time that they met in person.

This weekend, EU leaders will meet for the first time in person since the COVID-19 pandemic began. Their top priority will be to hammer out an $800 billion recovery fund for EU countries.

Meeting the fiscal demands of COVID-19 will require the European Union to borrow on capital markets more than ever, and that presents extraordinary challenges to European pension funds and households. The EU should seize this challenge as an opportunity to finally get its financial infrastructure in order.

Germany’s recent U-turn from abhorring public debt to ramping it up for a good cause has given momentum to a continental shift that may lead, for the first time, to joint EU borrowing at scale.

Leaders will use the summit to try to find common ground on how to move ahead. EU Council President Charles Michel has made the case that acting collectively and issuing aid money as grants rather than loans where possible will strengthen the single market by not weighing down individual member states with ever more debt.

As well as the recovery fund, the EU needs to make a deal on its 1.1 trillion euro seven-year budget. To make the most of the moment, they should also push for a true commitment to improving Europe’s capital markets.

For too long, policymakers have let popular discomfort with trading and “speculators” hinder efforts to make European markets function more smoothly. Politicians have made soothing noises about “capital markets union” as a sympathetic slogan, without delivering a policy mandate that would lead to real changes. Now, the all-hands-on-deck response to the novel coronavirus threatens to sideline the project once again.

Banking measures so far have focused on making sure the financial sector not only survives the current downturn but also can actively support households and businesses. The European Commission proposed a banking package in April, adopted in June, that grants banks considerable flexibility in lending standards and capital requirements. During the last financial crisis, regulators forced banks to raise capital so they would be better prepared for future shocks. Now that risk-bearing capacity is called to the fore.

Longer-term improvements remain stuck, just as they were before COVID-19 hit. The euro area made great strides from 2012-2015, putting in place two of the three pillars of its banking union plan: The European Central Bank is now a joint supervisor for all banks that use the common currency, and the Single Resolution Board is up and running to coordinate how failing banks are handled across the area. On joint deposit insurance, however, political talks are still in very early stages, and national systems still prevail.

Capital markets union remains firmly in planning territory. An initial push led to a few improvements, but cross-border financial activity remains limited by fragmentation and a patchwork of national rules. April’s EU Roadmap for Recovery notes that the financial sector will “play an important role,” and it calls for completing the banking union and making progress on capital markets union. The political will to show optimism contrasts with the political instinct to play defense at the negotiating table.

The EU can do more to improve its bond markets to make them more attractive to global investors — this means improving confidence in the euro.

Britain’s coming departure from the EU’s single market means the financial environment is changing regardless. As long as the EU does not have mature markets of its own, it will have to pay the additional fees and legal costs of doing business in multiple jurisdictions.

Brexit Can Be a Catalyst for Change

Much of the emphasis on adjusting to single-market life without London has been on what the EU is losing. The City of London, as the U.K.-based financial industry refers to itself, is a global hub with a large and experienced workforce. The EU-27 has amassed wealth but has never had the same comfort with financial market activity, and until now, it has been happy to let London manage the operational flow.

With Britain on its way out, the EU has an opportunity to take the lead. Instead of a loss, Brexit can serve as a catalyst.

Aging populations provide a compelling reason to move forward during this adjustment period. In June, the European Commission’s High Level Forum on the Capital Markets Union found that the countries with the best funded pension systems have the best markets. This is important for households, not just governments. When markets work better, there is more money to pay for the things that society needs. But to quote the report: “National capital markets are simply too small to attract global investors and cover the massive financing needs of economic readjustment.”

To spur investment across borders, the task force called for measures ranging from standardizing disclosures to clearing up tax treatment of retail investment funds. Its recommendations would give more crisis-fighting powers to the European Securities and Markets Authority and make equity financing more appealing to Europe’s small businesses and to those who invest in them.

The EU can also do more to improve its bond markets to make them more attractive to global investors. Countries need to sell bonds worldwide, not just to local banks and investment funds, to raise the money needed to counteract the pandemic-caused recessions. The euro area has spent considerable time and effort trying to break the financial dependencies between banks and sovereigns so that a crisis in one sector does not create an immediate meltdown in another.

This means improving confidence in the euro. The most effective way to do that would be to complete the banking union, as leaders periodically acknowledge. So far the common currency has set up strong joint supervision and an emerging resolution, but deposit insurance remains tied to national finances.

Finishing the Job of Making the Euro a True Joint Currency

With a true deposit insurance program, customers across the 19-nation currency union could have confidence that their bank accounts are protected equally, regardless of the national circumstances of the country where they keep their savings. This, in turn, would reassure global investors that the euro is a true joint currency, not an overlay on top of otherwise individual financial systems.

Political debate has concentrated on reducing risks and ensuring banks deal with any existing bad loans on their books before cross-border safeguards increase. Risk-sharing needs to be the next step. To quote Bank of Greece Governor Yannis Stournaras, “it is only in this way that we can transform what is, in effect today in the eurozone, a non-cooperative zero-sum game, into a cooperative, win-win one.”

It will be tempting to postpone long-term changes until the crisis is more in hand. But such instincts lead to paralysis and inertia, the opposite of the momentum needed to boost growth. By getting started with changes now, the EU will be able to attract money off the sidelines when it is most sorely needed. 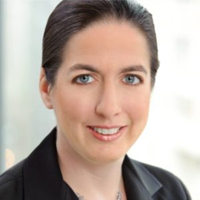 Rebecca Christie
Visiting Fellow at Bruegel
Rebecca Christie joined Bruegel as a visiting fellow in March 2019. Rebecca was a political correspondent in Brussels for Bloomberg News from 2011 to 2016.

How Will COVID-19 Impact Brexit? The Collision of Two Giant Policy Imperatives

Where Brexit Goes, the Law Shall Follow — and That’s a Big Loss for London