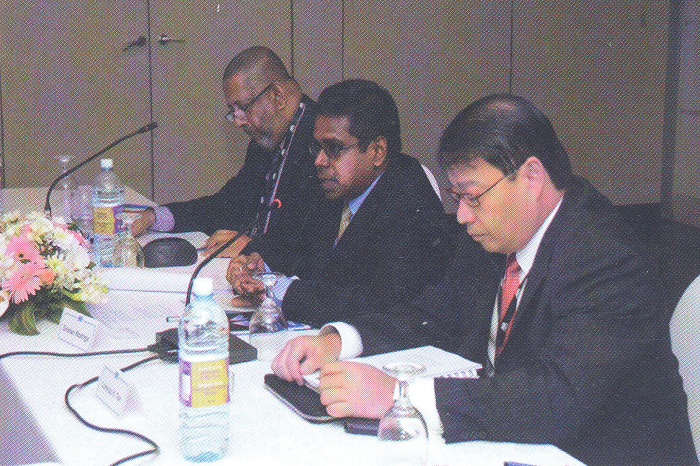 1. The sub-prime crisis sparked off in 2007 by the US investment bank Lehman Brothers and leading to the near collapse of many great nations’ financial systems highlights the compliancy which had settled in since formulation of the Basel II regulatory guidelines back in 2004 (already late, following Basel I in 1988). Although the guidelines were certainly a move in the right direction, some critics say that implementation of these standards was too slow and one size does not fit all continents.

2. As a result of the latest financial turmoil however implementation of the Basel II Standards slowed down and even came to a standstill as companies waited for direction from their local regulators, governments and the international supervisory bodies.

3. In line with expectations and also to avoid a further crisis of this global dimension, the Basel Committee of Banking Supervision formulated after much deliberation a more stringent set of reforms proposed under Basel III (2010), which is aimed at strengthening the existing minimum capital requirements for banks and ensuring that in the future systemically important financial institutions take a lead role in providing stability to the financial system.

4. Following the position paper “Basel III and its implications for Asian Banks“ presented by the Asian Bankers Association during the ABA conference in Taipei (2010), a survey was carried out by the ABA during the first half of 2011 on the implementation of the capital adequacy requirements under Basel II & Basel III. In order to strengthen the results of the survey, responses received during the 3rd Quarter 2011 were also included in final results. The aim of the survey was to examine Asian banks’ adherence to the Basel II Framework and their readiness to adopt the new Standards proposed under Basel III, and to assist Asian banks and their local regulatory authorities in formulating guidelines to meet individual country and regional specific risk profiles.

5. A set of 28 questions comprising 5 sections covering Basel II and Basel III capital requirements was prepared by the ABA and circulated to member countries covering 100 banks. A total of 43 banks from 14 countries have responded to date. (see Appendix 1)

6. The following key areas were covered in the survey:

Wide acceptance of Basel framework by regulators in Asia. Asian Banks well capitalized and above local and global norms.

7. Most banks (88%) indicate more stringent or strong similarities between Basel II and their local regulatory requirements with few banks (12%) perceiving the Basel II regulations to be stricter. The majority of the respondents (86%) have implemented the Basel II framework. The remaining banks indicate that they still follow the Basel I Standards.

B. Banks Stage of Adherence to Basel II

Most widely accepted approaches by regulators for measuring Credit and Market Risk as at 2010 are the Standardized Approaches and the Basic Indicator Approach for Operational Risk. 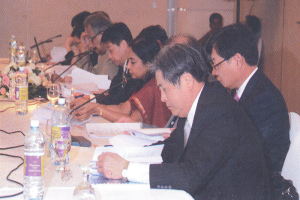 Most Asian Banks have successfully migrated to the Basel II framework and have systems in place to monitor credit, market and operational risks.

10. In the Credit Risk area over 76% of the banks surveyed indicate use of external and internal ratings in decision making with supporting systems in place. More than half of the banks reported excel based Early Warning Systems and extensive use of excel in credit portfolio analysis. However only around a quarter of banks appear to possess a fully integrated system with stress testing, model validation functions.

12. 69% of banks reported using an ALM system to manage Interest rate risk and liquidity risk however the extent of sophistication of the system in place is unclear.

13. Over 88% have set up or developed further an operational loss database and an operational risk monitoring system to track frequency, severity and other information on losses. 44% are at an advance stage using a system to quantify loss probabilities and define trends.

Asian Banks appear comfortable meeting required liquidity and leverage ratios. However further investigation may be required to assess consistency and basis of calculations. The consensus view is that the liquidity ratios proposed under Basel III will help monitor contractual maturity mismatches and funding concentration but further behavioural analysis of the data would be necessary to tackle real liquidity concerns in the long term.

14. Surprisingly only a third of banks have received circulars from their local regulators on Basel III thus far. 83% of banks support the increased capital requirements under Basel III.

15, 75% of banks surveyed report ability to meet Liquidity Coverage ratio if implemented today and there appears to be a correlation with countries largely reliant on retail deposit funding. Hong Kong, Iran and Philippine banks indicate ratios over 250% whilst China, Sri Lanka, Vietnam, Thailand and Taiwan report ratios over 100%. Malaysian Banks are marginally below whilst Mongolian Banks well below. The picture in Pakistan is mixed with 75% of the banks having LC ratios over 100% with 25% well below.

16. A similar picture emerges on the Net Stable Funding Ratio, where except one country all others indicate ability to meet the required ratio. Not surprisingly, over 84% of banks surveyed appear favourably disposed towards the introduction of the new liquidity ratios.

Most Banks agree that implementation of the Basel framework will promote greater stability to the financial industry by giving value in excess of the cost of implementation, standardizing disclosure requirements and contributing to a better risk management culture. The majority are also convinced that this would lead to a better standardization of disclosure requirements in their respective countries. Most banks have progressed in terms of strengthening credit, market and operational systems to meet Basel II standards.

The consensus view being whilst the medication seems right for Banks (in particular SIFI’s) in advanced economies, is it a case of overmedication for emerging Asian economies, with a different set of macro-economic problems?

19. Concerns expressed on meeting Liquidity ratios in Basel III include:

20. Amendments proposed to the Basel Framework include:

Limitations of the Survey