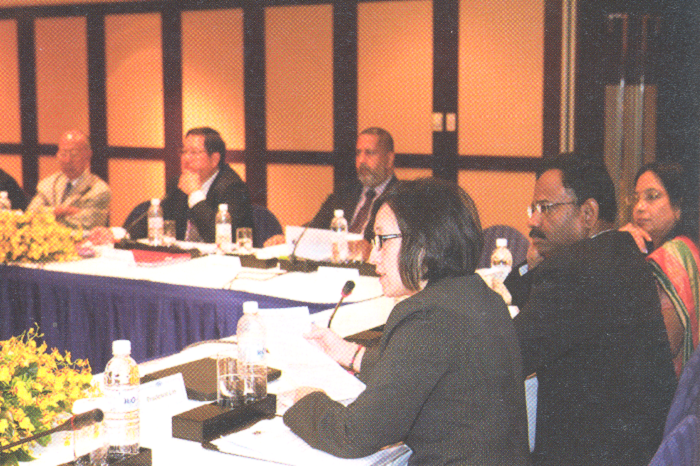 2. Due to many efforts by key stakeholders world wide, the microfinance industry has now evolved into a more viable commercial industry that can draw the attention of global investors to be greatly involved. A recent study by J.P. Morgan & CGAP indicates that microfinance institutions (MFIs) are outperforming commercial banks. MFIs are also further enhancing the scope of its services by moving from micro credit into more access to financial services like micro savings, micro insurance, money transfer, remittances and payments.  MFIs are also observed to have great asset quality, which has supplemented the rapid growth of the volumes whilst keeping the non-performing assets at the lowest level in comparison to commercial banks.  The innovation and the advancement in technology present many possibilities to create access to financial services at a reduced cost while the scope for growth has been greatly enhanced.

3. Despite all these positive factors, there yet remain certain critical areas where the policy framework and the advocacy of many stakeholders including the commercial banks need to be very pragmatically looked at. In this position paper, the ABA looks at three important innovative policies to encourage commercial banks greater involvement in the financial inclusion landscape.

4. Despite having seen the microfinance industry mature and the benefits of improvement of technology based solutions making the industry more viable to move in, commercial banks are yet to have the conviction or the inspiration to progressively move into greater financial inclusion. One of the key reasons is the high risk in enhancing credit to this sector where there is an unsecured nature of the asset financing. From the regulatory point of view, capital adequacy and BASEL II requirements serve as de-motivating factors in the Banks’ conviction to downscale.  In view of this, the ABA is advocating, through regional co-operation or cooperation among the respective country based member commercial banks, the setting up of a CREDIT GUARANTEE FUND, where the stakeholders could either be regional level commercial banks or country level commercial banks joining together.  The Institution itself could be driven on a more profit orientation basis.

5. This Guarantee Fund, which is either at regional or local level, could give credit guarantees to commercial banks for credit enhancement in the area of microfinance either to individual borrowers (retail) or microfinance institutions (wholesale), which will give comfort to commercial banks by cushioning them of a certain percentage of risk either 50%, 60%, 70% 80% or 100%, depending on the area of creating access to the customer base.

6. The ABA is to take initial steps in developing the policy framework for such Institutions and thereby share with members at regional level or at the respective country level.

7. The ABA recognizes the importance of youth as a viable segment in creating access to finance at micro level. The unprecedented increase in the ageing population in the world, particularly in the developed and developing nations in Asia, will have a significant negative impact unless the youth are empowered economically. The ABA will promote a policy of creating access to the youth for financial services particularly to the rural low income youth.  The empowerment of youth has to be directed through the financial literacy and entrepreneur skills development programmes, which would be a long-term initiative where commercial banks can look at youth as an emerging economically viable group. 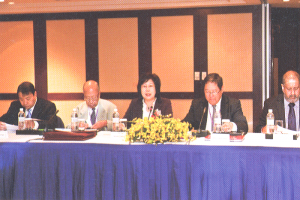 8. One of the key initiatives would be for commercial banks to develop youth-focussed savings programmes. Promoting and facilitating savings among the low-income youth, designing products and services that would be more youth friendly, and setting in motion a delivery mechanism for these products and service outside the traditional banking delivery channels such as moving into schools, colleges, universities and youth centres in the rural and urban areas where banking units will be exclusively set up to create access to youth friendly banking services with special focus on savings (ex. Warren Buffet made his first real estate investment at the age of 14 from the savings he accumulated as a young boy).

9. Another initiative is the creation of opportunities for rural youth who were hitherto marginalised by the banking and the financial system. Sustainable micro credit initiatives in the financial inclusion programmes can be developed where youth are empowered through well-designed financial literacy and micro entrepreneur skills development programmes that would move them from self-employment opportunities and to become micro entrepreneurs.

10. ABA should initiate as the next frontier a policy and framework for commercial banks to move into financing low income housing. Already commercial banks are into mortgages but these are for the influential sector.  Also microfinance has now been restricted to micro entrepreneur creation for self-employment programmes.  Housing finance for the marginalized low income sectors is another area where the commercial banks can strategically move into.

11. In Asia, we have witnessed low income households, particularly in the rural areas, facing difficulties in accessing housing loans from our banking sector. In the light of developing sustainable urban cities, banks can significantly benefit by creating a mechanism, either directly to the household or through mediator institutions like MFIs to move into low income housing finance. This requires very careful identification of legal and regulatory framework, particularly since many in this sector have no clear access to title deeds to construct houses on the land they already occupy, thus preventing them access to credit facilities from the banking sector.

12. Hereto, as suggested in item 01, each regional or local co-operation at country level should set up a guarantee fund, which could support the commercial banks to look at low income housing finance as a critically important factor as well as a commercially viable initiative. Housing will indeed improve income generation, reduce cost to family as a result of better amenities such as sanitation and health, enhanced education and literacy among communities.  (A similar project has been initiated by UNHABITAT by setting up a Credit Guarantee Fund to induce commercial banks to enhance credit to MFIs which have moved into low income housing finance.  Four pilot projects have been implemented in Indonesia, Ghana, Tanzania and Sri Lanka, with Sri Lanka being one of the most successful among these countries. Two leading commercial banks have already partnered this initiative.

13. Since people at the bottom of the pyramid use housing as dwelling places as well as to run micro level businesses, creating a policy framework and mechanisms to access low income housing finance are critical initiatives for ABA to advocate in the financial inclusion landscape.

14. The three initiatives identified above by this position paper would support six critical innovative policies that have been brought to APEC and the G-20 to create an environment that needs not only public and private partnerships, but all the stakeholders who are now driving financial inclusion for sustainable and commercially viable opportunities, particularly for the commercial banks in Asia under the auspices of the ABA.