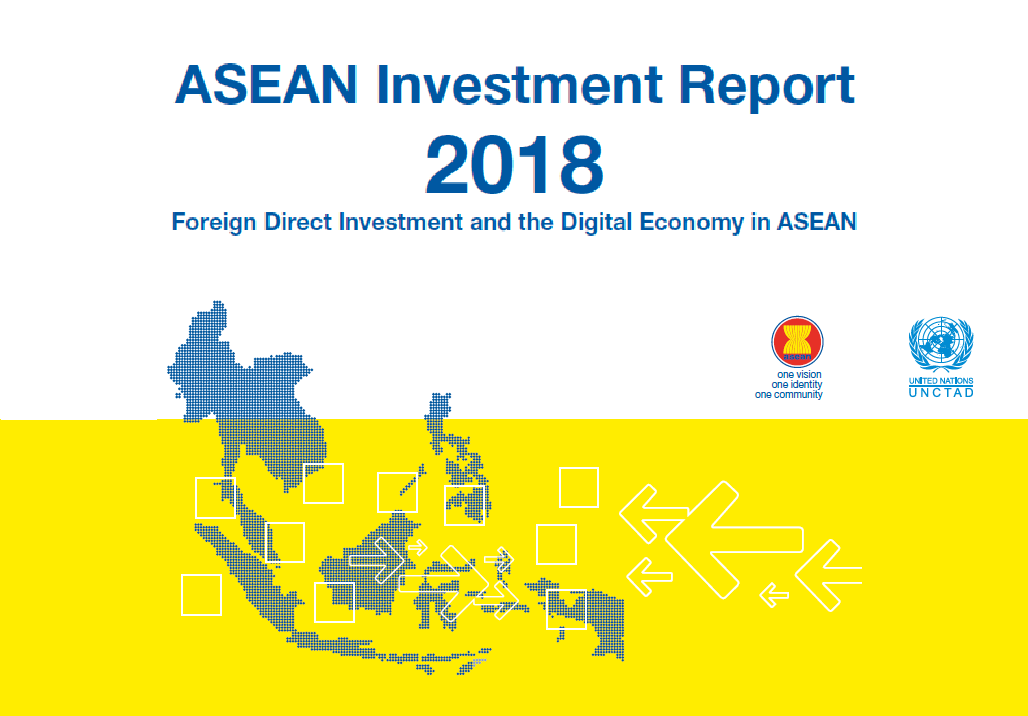 Singapore – The ABA is pleased to share with its members a copy of the ASEAN Investment Report 2018, which was launched at the ASEAN Business and Investment Summit held in Singapore on November 12, 2018.

The ASEAN Investment Report is an annual report analysing investment and related issues in the region. It is prepared under a technical cooperation arrangement between the ASEAN Secretariat and the United Nations Conference on Trade and Development (UNCTAD).

An important development in ASEAN is the rising investment in the digital economy, which includes e-commerce, fintech, venture capital and other digital activities such as in the development of data centres and various information and communication technology (ICT) infrastructure. Foreign and ASEAN digital MNEs and ICT companies are now increasing their attention on the region. Greenfield non-manufacturing ICT investment projects have grown rapidly from $2.8 billion in 2010 to $3.9 billion in 2017, while cross-border ICT mergers and acquisitions rose from just $172 million in 2010 to $3.6 billion in 2017.

At the regional level, ASEAN Member States are intensifying cooperation to strengthen the competitiveness of their ICT industries, expand e-commerce and facilitate digital connectivity, including through working towards the signing of an ASEAN e-commerce agreement and adoption of an ASEAN Digital Integration Framework to facilitate transformation of the region into a competitive global digital hub.

ASEAN needs to keep the momentum of rising investment in the ICT sector by intensifying its collective effort to narrow the digital divide, develop digital skills, address logistical bottlenecks and payment systems, and manage the potential risks of the digital revolution, as it moves forward to embrace the fourth industrial revolution (4IR).

The ASEAN Investment Report 2018 can be downloaded HERE.